Ever Wonder What Happens When Pulling The Occasional All-Nighter Becomes Your Nightly Routine?
Odyssey
CurrentlySwoonLifestyleHealth & WellnessStudent LifeContent InspirationEntertainmentPolitics and ActivismSportsAdulting
About usAdvertiseTermsPrivacyDMCAContact us
® 2023 ODYSSEY
Welcome back
Sign in to comment to your favorite stories, participate in your community and interact with your friends
or
LOG IN WITH FACEBOOK
No account? Create one
Start writing a post
Health and Wellness

Ever Wonder What Happens When Pulling The Occasional All-Nighter Becomes Your Nightly Routine?

Sleep is extremely important, it's easy to realize that when you haven't for a week. 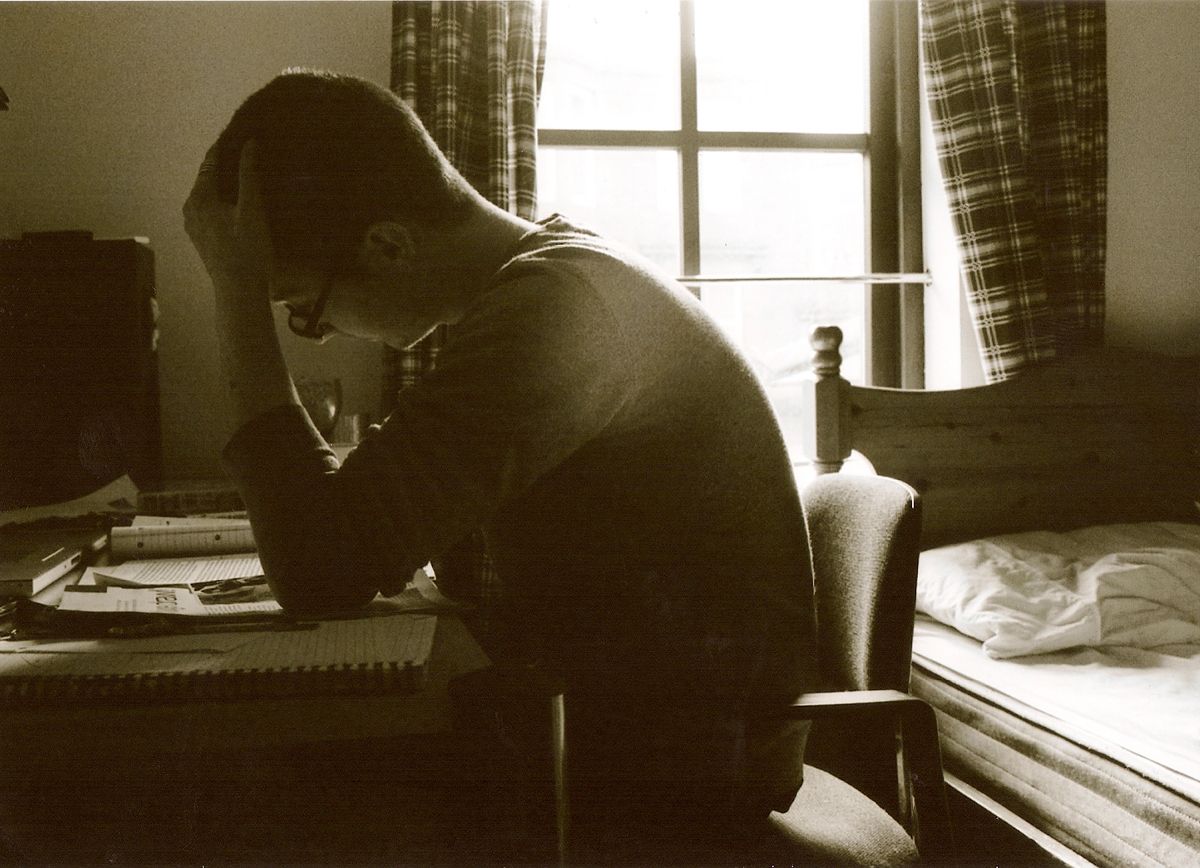 As a junior in high school with a pretty rigorous academic load, I’ve had my fair share of all-nighter study sessions. It would help if I wasn’t a chronic procrastinator, but still, the number of all-nighters I’ve pulled in the past few weeks was worrying. For four days straight, I slept a total of 16 hours, that’s about four hours for every night, or what I would usually call, a prolonged cat nap.

College students are no stranger to the painful "all-nighter" in which caffeine and other amphetamines are used to keep their minds working at a steady speed. While coffee and candy are my go-to’s for pulling through those painful, nightly sessions, the long-term effects of my self-induced sleep deprivation become clearly visible throughout the day.

The first day of all-night cramming, I felt perfectly fine, maybe even more energetic than I usually do, but still a bit off. The next day was a bit weirder, my body had somewhat adjusted to the short naps I was allowing it, but I yawned frequently throughout the day and struggled more than usual in my math and science classes. New concepts became hard to understand and even harder to remember as the week went on.

The third day was arguably the worst due to all the work that had literally pounced on me the night before, and the effects were hitting me, HARD. It was taking twice as long to finish assignments and as hard as I tried, I could not perform to the best of my ability on assessments. I even had trouble carrying conversations as my mind was in dreamland where it should've been the night before!

Even in sports, I felt weaker, more out of shape (than usual) and tense. My mood was beyond disagreeable. I was quick to snap at others and slow to laugh or show any emotion other than tiredness. By the fourth day, I was in much need of sleep, and it was obvious. The bags that clung to my eye were atrocious and obvious.

I was drifting to sleep whenever I had a spare moment in class, and the weirdest thing was: when I was not constantly drifting off, I was nearly hysterical with laughter. I giggled randomly, perhaps in an attempt to stay awake throughout the day. When I finally got a minute of ‘shut-eye,’ I was able to maintain control of myself once again and started feeling like the ‘old’ Sarah.

Sleep deprivation can do that to you among other terrible things: feeling like actual trash, using up too much ATP which leads to the brain not functioning like normal, loss of judgment or even worse, a “sleep attack.” When one experiences a sleep attack, their brain forces their body into involuntary sleep no matter what they are doing (whether it be studying in bed or driving home on the highway). The fatality rates for these types of accidents are exceptionally high.

SEE ALSO: 7 Eye-Opening Tips To Get More Than Enough Sleep Each Night

So, I think we’ve learned our lesson for today: sleep is important, and while getting that "A" may seem like an equal priority, your body depends on those seven or eight hours for its periodic rejuvenation. If you want to be the best, you gotta sleep the best, and that’s way better than a good grade.