PTSD and the Neurotypical World
Odyssey

PTSD and the Neurotypical World

How neurotypicals can help a friend with mental illness. 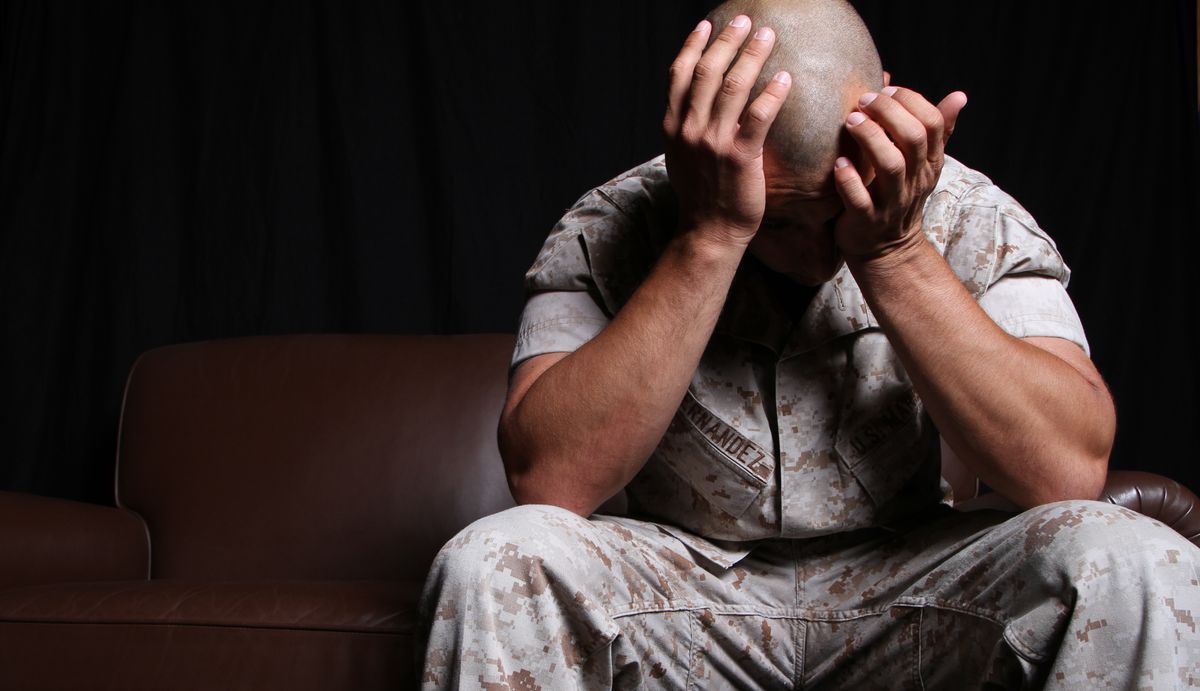 December 24th, 2012. This date will haunt me forever. I was deployed to a small Forward Operating Base (FOB) in the Logar Province of eastern Afghanistan. Our base had the well deserved nickname of "Rocket City" as we were continually attacked by insurgents. I had been here for almost a year, having arrived in-country the previous February. The attacks had become so commonplace that we rarely went to the bunkers anymore. When the incoming alarm went off we'd go out on the porch and watch the RPG, rockets, or recoilless rifle rounds come in. After a certain amount of time you become numb to the danger and just shrug it off as part of the normal workday.

This particular day had been quiet and I was enjoying working behind the counter getting soldiers out to their helicopter transports. A friend of mine from another FOB came up and asked me if I could get him on an early transport so he could FaceTime his wife and daughter. I pulled a few strings and got him on an early cargo flight out to his base. Three hours later his base was attacked and he was killed by small arms fire. Had I not put him on the earlier flight he would have arrived after the attack. At that moment, my world went to hell and I shut down emotionally. Physically, I did my job, carried on, and all the other stuff soldiers are expected to do in a high stress/dangerous position. But inside I was a dead man. I didn't care whether I lived or died. In my eyes I had killed my friend by sending him on that flight. I quickly developed a hair triggered temper and cut myself off from my friends and family.

Eventually, my unit was sent home. I thought that all would be well as soon as I stepped back on American soil and for a while, it seemed to be. But then the nightmares started. Unexpected loud noises had me diving to the floor. I soon lost any and all interest in things I used to be passionate about, and my hair trigger temper resurfaced. Every night I would see my friend killed in my dreams. It got to a point where I could not sleep and went around in a haze of exhaustion. This became my new normal. My family learned to walk on eggshells around me and my friends soon stopped coming by. It was not long before I became suicidal. I would drive my Jeep to the beach at night, look out into the river, and wonder how long it would take me to drown if I just drove into the water.

It was a dark time.

I finally realized I needed help when my son came up behind me to surprise me and I threw him across the room. I spent many long months re-learning how to have a purpose in life. Many long hours were spent with my counselor, desperately trying to fix the unfixable and learning how to live with myself. Slowly, cautiously, and with many missteps, backslides, and wrong turns I began to realize that my life was worth living.

That was four years ago. Today, I still struggle with depression, low self esteem, and hyperawareness. I have nightmares and Christmas is still a very difficult time for me. However, I have also developed healthy coping mechanisms to deal with them. I have a dog that wakes me up from my nightmares and helps calm me down when I have my bad days. I am studying art and using it as a catharsis; a way to get the darkness out of my mind. I have taken to walking and hiking in the woods when I feel depressed. This usually makes me feel better and more focused when I have a lot to do.

Unfortunately, the neurotypical world (those without mental illness) has difficulty accepting me on my bad days. Those days when I am moody and difficult to be around can be abrasive to people who don't understand. Many times my hyper-awareness is misunderstood (especially on a college campus where I am much older than the average student) and more than once I've been branded as "creepy" and "difficult."

So what exactly am I saying with all of this? People with Post Traumatic Stress, and other mental illnesses, are humans too. We're not perfect, but our bad days are when we need our friends the most. On a bad day, it's like the weight of the world is pressing down, bending us over, and crippling us. It is these days we are the most vulnerable. For me, personally, it is these days that my boundaries expand and I generally desire to just be left alone. But it is also the time when I need someone willing to come inside those boundaries and just be a friend. These are the days when a simple hug goes a very long way. But these are also the days when an unannounced hug can have disastrous effects, so please, always ask.

If you, the reader, know someone who has a mental illness, I encourage you to be the friend that reaches out, even if they bite back. Be the one willing to be there and prepared to be unloaded upon. If your friend is having a bad day, bring them something they enjoy (chocolate chip cookies or coffee will always win a smile from me!) and which brings them comfort. If you are close enough to them that they let you inside their boundaries, ask if they need a hug. It is amazing how much good a hug can be for someone having a bad day (this goes for neurotypicals too!). Even if you're only acquaintances, if you see that they are having a bad day, ask (ALWAYS ASK!) if you can sit with them. If they don't want to talk just be there.

And that, friends, is truly the most important thing if you have a friend, acquaintance, or just someone you know who has a mental illness: JUST BE THERE.