"Am I Pretty Now?...": Body Positivity In A Media Driven World

"Am I Pretty Now?...": Body Positivity In A Media Driven World

You may not fit the media’s narrow vision of beauty, but that doesn’t mean you aren’t beautiful. 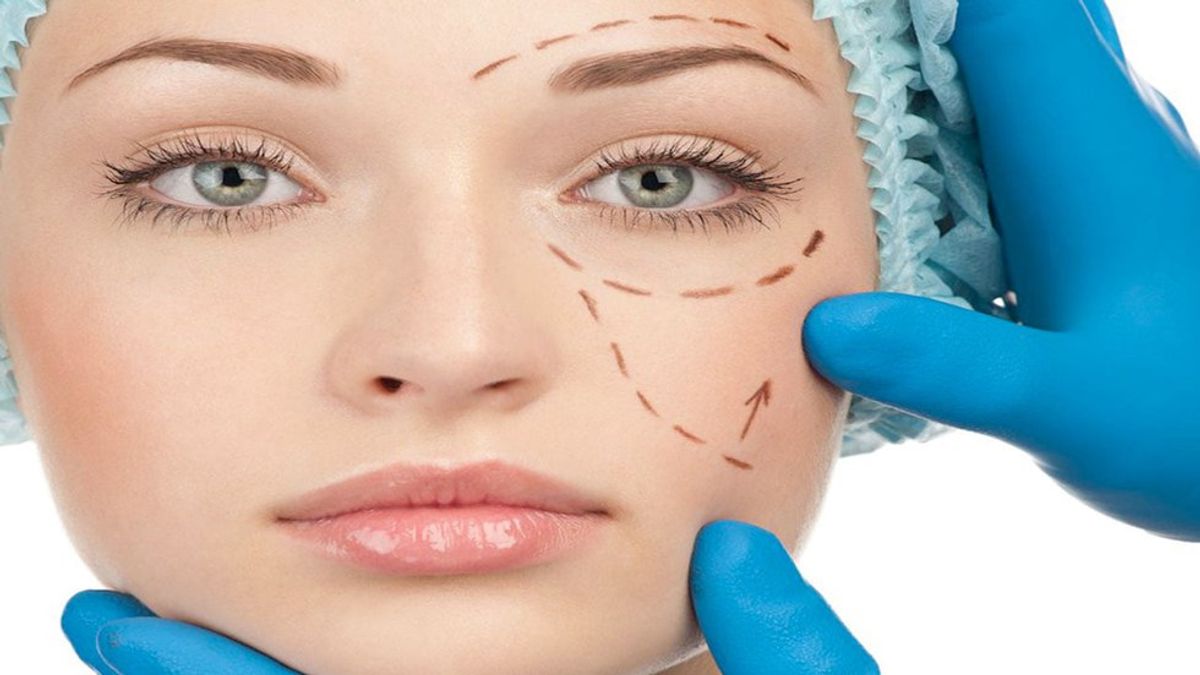 When I recently stumbled upon Norwegian makeup artist Karolina Maria’s video “Am I Pretty Now?” I found myself both shocked and moved by the powerful imagery, as the short video highlighted the impact that social media often has on the body images of women and girls. Reminiscent of the 1971 poem Barbie Doll by Marge Piercy, the video starts with a fresh faced Maria looking through her Instagram feed and seeing the faces of the women social media often deems beautiful. She begins to contour and highlight her face to meet the newest standard of beauty, appearing momentarily happy once she is a part of the status quo. This happiness is fleeting however, as she soon sees women with “perfect” bodies, faces and hair in the pictures that fill her feed. The final image is of a woman who no longer looks like Maria, with filled lips and larger breasts, long blonde hair, and a bloody and bruised face that has been altered through plastic surgery. The words “Am I Pretty Now?” flash across the screen to show the lengths that many women will go to reach an unattainable level of perfection and beauty. Although the imagery leaves an impact on those who view it, it is not a new idea that many women have become collateral damage in the media’s fight for perfection, which in itself is much more disturbing than the grotesque image that Maria leaves the audience with.

According to an Eastern Kentucky University study, our perceptions of our bodies tend to skew towards distortion and negative outlooks when we consume larger amounts of media due to media’s tendency to endorse “ideals” such as thin body types and Eurocentric beauty standards. In fact, 91% of women feel that their bodies are inadequate and wish to change them, when in reality less than 5% of women even possess the “ideal” body type in the first place. Women are not the only one’s affected by this media ideal, however. According to research from the Australian Psychological Society, male body dissatisfaction has increased in the last 25 years from 15% to a 45%, with 1 in 10 men now suffering from anorexia or muscle dysmorphic disorder. This push for perfection has caused a 115% increase in plastic surgery procedures since the year 2000. According to The American Society for Aesthetic Plastic Surgery, 40% of women and 20% of men will now consider plastic surgery sometime in the future to enhance their appearance. In 2015 alone, 15.9 million people across all genders, races and ethnicities opted to have cosmetic surgery to reach this ideal often pushed by the media, ranging from the more extreme procedures such as breast augmentation, liposuction, nose reshaping, eyelid surgery and tummy tucks to the less extreme procedures such as Botox, soft tissue fillers, chemical peels, laser hair removal and microdermabrasion. In the description of her video, Karolina Maria wrote, “I think it’s just so crazy how plastic surgery and fillers have become so normal,” and once one has looked at the numbers, it’s easy to see that she’s not wrong. While it is not shameful or wrong to do as one wishes with their body, perhaps we should question why so many of us are willing to go to such great lengths to fit these ideals, and perhaps find ways to love ourselves without bending to an ideal that isn’t even the norm. So many people are dying to be “pretty”.

As someone who once suffered from outrageous body issues, I know the truth in this. I myself used to dream of a day I could utilize plastic surgery and shave down my strong, prominent nose to match the small, upturned noses many of my classmates had in high school. I once cursed my short stature, my thick legs and heavy eyebrows. I feared gaining weight and became obsessed with what I ate and how much I exercised. Being kind to myself, however, changed so many things, including how I saw myself and others. According to the National Eating Disorder Association, body positivity is imperative in changing how we see ourselves. This body positive outlook can only happen when we relearn how we treat ourselves and how we see our bodies. When our inner voices become nasty and critical, we must actively try to stop them and begin a pattern of self-love. Remember that our bodies and faces are meant to be different based on genetic and cultural traits that determine our bone structures, muscle mass, weight and height. Stop comparing yourself to media driven images of perfection. It’s important to respect yourself the way you would expect others to respect you. Be healthy, exercise in moderation, feed your soul, be a good person and look at all of your accomplishments instead of physical attributes. Change the way you see the world, and you will change the way you see yourself.

Karolina Maria’s video was powerful. She wanted to send a message that even if we feel we must change ourselves to be “pretty”, we don’t have to change a thing to be truly beautiful. It’s better to be real and ourselves, then to change to fit a standard of perfection that’s unrealistic. “Don’t you ever compare yourself to someone else and think you are less,” she wrote, “because only YOU are you, and you are BEAUTIFUL just the way you are.” If you believe nothing else, believe those words. Scientifically speaking, you won a genetic lottery of chromosomes unique to only you (or an identical twin), that have been passed down through millions of years of struggle and survival. Even your siblings don't contain the exact chromosomal pairing that you have. Every piece of you, from the build of your legs to the heaviness of your eyebrows, comes from someone who survived long enough to contribute to your gene pool. This makes every piece of you strong and beautiful, even if it doesn’t match unrealistic standards of beauty in the media. If you are religious and subscribe to Judeo-Christian belief, know that God made you exactly how He intended you to be, unique and in His image. This makes you quite miraculous because it means you are a human reflection of divinity, and miracles are always beautiful.

You may not fit the media’s narrow vision of beauty, but that doesn’t mean you aren’t beautiful.

Thanks for such a powerful video Karolina Maria.

If you feel that you are suffering from eating disorders or distorted thinking about your body, it is important that you seek professional help. Go to http://www.nationaleatingdisorders.org/find-help-s... to find a treatment provider or support group near you.
Report this Content
This article has not been reviewed by Odyssey HQ and solely reflects the ideas and opinions of the creator.