Maybe all frat boys aren't assholes after all. 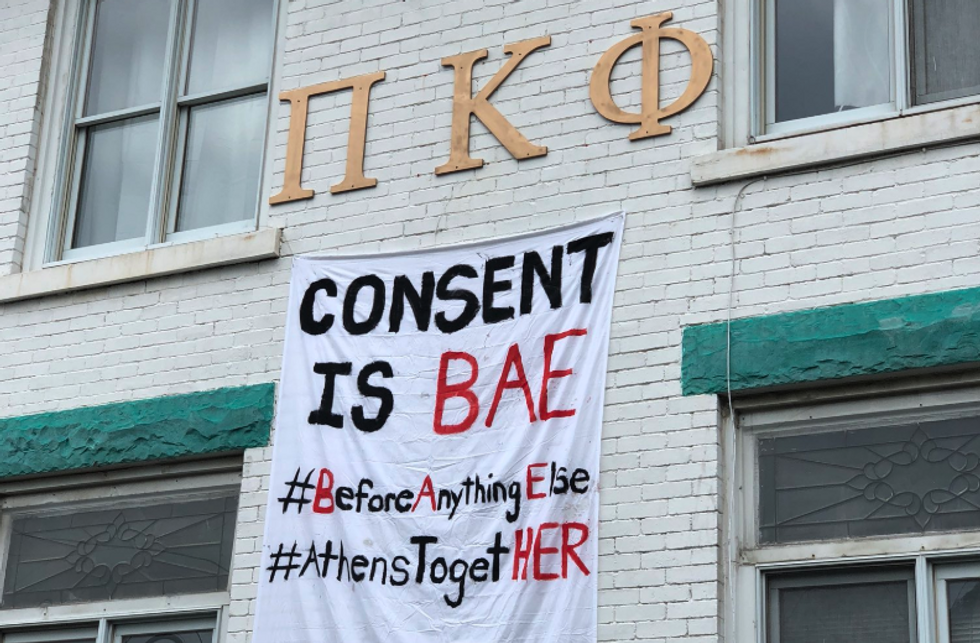 According to the Clery Act report, a summary of campus security and crime, in 2016, there were 47 "forcible-sex offenses reported," which doesn't include the plethora of incidents left unreported. Shockingly, the Rape, Abuse and Incest National Network's (RAINN) research reveals that 2/3 of all incidents are never reported.

Since then, Ohio University has reinstated a Survivor Advocacy Program (SAP) that focuses on education, community/bystander awareness, support, and resources. Additionally, there has been an increase of safety patrols on campus However, it has yet to be a month since the Fall semester began and Ohio University has already reported six official rape reports, including rape and kidnapping cases.

With the #MeToo movement prevalent throughout the world, feminist ideals of equality being spread, and our society fighting against rape culture, it's time for national and state universities to step up their game. As stated by the United States Department of Justice, "an average of one in four undergraduate females experience sexual assault by the time they finish college." Hence, "universities are home to a rape epidemic" and this negatively influences a lot of young men and women who are just starting their professional lives apart from home.

It's time for national and state universities to step up their game.

Fortunately, at OU the resistance against sexual-related incidents is clear and, ironically, Greek life has been vocal. Usually, it is the fraternities that elicit thoughts of rape, binge-drinking, hazing, and other negative behaviors associated with crime.

Since 2011 through the 2015' Kappa Kappa Gamma (KKG) sorority incident where a 19-year-old pledge was hit by a car to just last year, Ohio University (OU) has been taking action against their Greek organizations due to investigations of the dangerous use of alcohol and hazing.

Nevertheless, the #myfraternity movement has shown that OU frat boys are not all that bad as they are fighting back by hanging up signs about consent and denouncing rape in front of their houses.

"It is not consent if they are too afraid to say no."

This is a prideful, supportive action that condemns sexual assault, and I hope to see other fraternities around the nation following their footsteps. Greek life is a community to encourage positivity and a fun social life rather than be associated with heinous crimes: "Numerous studies have found that men who join fraternities are three times more likely to rape," including what's come to be known as rapebait.

President of the Alpha Omicron Pi sorority at UO Sydney Numbers says, "We just want it to end, and we want our women to feel safe... We don't want to have to carry our keys in our knuckles and our pepper spray in our bag, and worry about whether we're getting home or not."

Overall, kudos to the fraternities at OU. Instead of condoning sexual abuse as many other fraternities have done in the past, they are standing up to the stereotype, and it hasn't gone unnoticed. Women and men all over are applauding their behavior: