Timothy Piazza's Death Isn’t On Greek Life Or PSU. It’s On Us
currently

Timothy Piazza's Death Isn’t On Greek Life Or Penn State. It’s On Us

I never want to hear a story like his again. 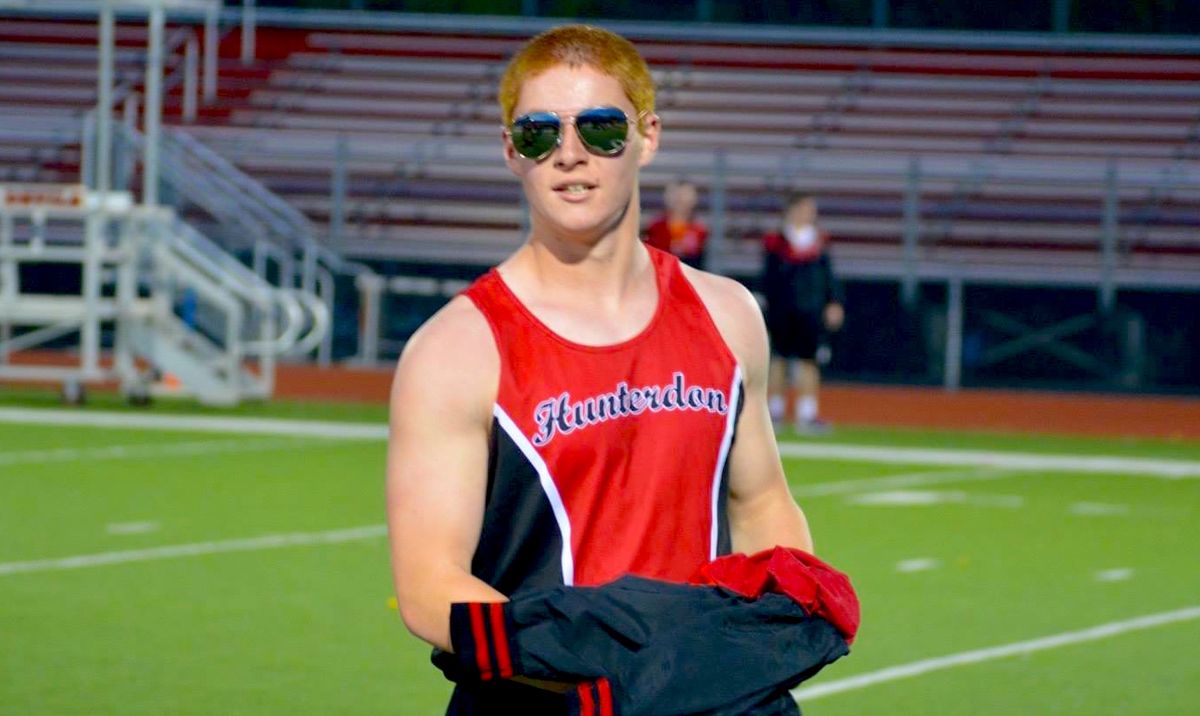 If you're a college student, you've probably heard about the horrific and sad news of PSU student Timothy Piazza's death.

As my friends and I read about how Piazza's brothers neglected him as he vomited, fell down stairs, and struggled to sit or walk, they expressed their shock and disgust. Sadly, I wasn't shocked. The details seemed all too familiar — it was like I heard the same story before.

And that's because I have.

In 2013, a student who graduated from my high school, Mike Deng, was pledging the Pi Delta Psi fraternity at Baruch College. As a hazing activity, Mike and other pledges were blindfolded and forced to carry bags filled with sand while brothers tackled them. He was knocked down and hit his head. He was unconscious for hours.

His brothers tried to wake him up.

Timothy's brothers tried everything they could to wake him up, dumping water on him and slapping his face.

They freaked out and called their president asking him what they should do. He told them to destroy all evidence linking the frat to the incident.

A brother screams at everyone to get help for Timothy, but he's slammed into a wall and yelled at. The vice president tells him he's being crazy and overreacting.

When Mike failed to wake up after two more hours, his brothers hid all PDPsi-related paraphernalia and deleted texts and group messages.

When Timothy failed to wake up, his brothers deleted all Beta-related texts and group messages. They wiped his face and dressed him up.

They called for help but it was too late.

They called for help but it was too late.

Mike was pronounced dead at the hospital.

Timothy was pronounced dead at the hospital.

His parents picked up the phone the next morning and had to hear the words: Your son died yesterday from major brain trauma.

His parents picked up the phone the next morning and had to hear the words: Your son died yesterday. He had toxic levels of alcohol in his blood.

I didn't know Mike personally, but he was a familiar face. I had seen him in the hallways and heard from other students about what a great guy he was. For a week, the atmosphere at my high school wasn't the same. Everyone was devastated. Our community had lost someone. A lot of us didn't know him but as fellow students, we felt sad for him, his friends and his family. He was just like us — a Bronx Science student with a bright future. And his future was taken away much too early.

Over the past 48 hours, the reaction has been huge. In the comments of the article, I see outraged parents, a frustrated administration and angry students. Each pointing fingers and asking, “Who is to blame?"

Some fingers are pointing at the Penn State administration. Some point to the culture at Penn State. A lot of these fingers point to Greek life.

As a member of a sorority, I admit that Greek life has become less about ritual, tradition, sisterhood/brotherhood — the three foundations it was founded on — and has increasingly become more about the parties, the social hierarchy, and risk management. There have been conversations about the administration at Penn State wanting to eliminate the Greek system completely, because of this.

However, it is unfair to say that situations like these are a Greek problem. This is an “us" problem. College itself has become less about education and more about the glamor. “Going out" used to be defined as fun, casual nights out with friends, but now it's drinking in a house party basement full of strangers until you black out.

When we're confronted with situations like these, where a friend drinks a life-endangering amount and it's our responsibility to make the call for help, a lot of us are afraid to make that call.

2006 — Limestone College student Zach Dunlevy was carried back to his room after blacking out at a lacrosse party, and left in his dorm room bed. He was found unresponsive the next morning and died from an alcohol overdose.

2011 — Takeimi Rao died at the age of 14 from alcohol poisoning at a sleepover.

2011 — Band member Robert Champion died from blunt force trauma after being physically hazed with drumsticks and mallets on a band bus.

Strict enforcement or elimination of fraternities and sororities is not going to stop deaths like these. Parties will still happen. Students will still drink, not knowing their limits. Their friends will watch, still afraid to step in. What really needs to change is the way we react and think.

It's also not just a Penn State thing. A month ago, the administration at my college, Lehigh University, drafted an email to be sent to the student body notifying them that a student from our school had passed away after being hospitalized for an alcohol overdose. The email was never sent out. After being extremely close to dying, a miracle happened. Even though doctors told her parents and Lehigh that she probably wouldn't make it, she woke up. Hearing this news, I was shaken.

Other Lehigh students also woke up after hearing this, but it shouldn't have to take a near-death experience to get our attention.

In situations like these, we often lose sight of what's important. Our first reaction is “What will happen to me? Will I get cited? Will I be arrested? What if my parents kill me? What if the school punishes me?" when it really should be “What will happen to my friend? Will he/she be okay? What if a family loses their son/daughter? How will I live with myself if they die because I didn't get them help in time?"

Ask yourself if avoiding a citation is more important than saving your friend's life.

The administration can make 20 different types of alcohol training classes required for students if it wanted to, it can implement medical amnesty policies, it can get rid of Greek life, it can tell RAs to be stricter.

But that's the full extent of their power.

There's only so much they can do. It's up to us to care about each other and rely on each other to help each other when our lives are in danger.

I hope that Timothy and Mike's story will encourage other college students to start being less selfish and smarter, so I never have to hear the same story ever again.

How BITCOIN Will Also Survive This Crash?

Crypto Winter Hangs in the balance after the crash of Bitcoin!

For the time being, the Bitcoin price losses had behaved similarly to those of tech stocks - but then developments around the stable coin Terra USD and the associated Luna Coin dragged the crypto market down in the middle of this month, which is why we can now speak of a crash with a clear conscience.

5 Ways Your Company Can Fight Inflation

Inflation… It’s on the mind of every business owner and consumer today. The sharp rise in inflation has everyone wondering how high the rate will go and how it will affect the economy and their bank accounts.

Some companies are choosing to respond to inflation by simply “waiting it out” and hoping it doesn’t inflict too much damage on their bottom line. But that approach tends to fall short in a couple of ways. First, doing nothing likely means your company, customers, and profits will suffer. Just as importantly, taking no action can leave you and your employees feeling helpless.

All you need to know about the Oscars this year.

The Oscar Awards, presented on March 27, 2022, proved to be quite an interesting event with some unexpected turns early in the night. Everyone’s attention is on the interaction between Will Smith and Chris Rock, which ended in a verbal and physical argument that left celebrities with their jaws dropped.

The mobile industry is rapidly evolving. The latest improvements offered by new 5G networks are becoming more readily available across the world.

‘5G’, refers to the fifth generation of telecommunications standards for broadband networks. 5G began its rollout in 2019. However, while the network may have been put in place, the full benefits are only beginning to be realized.

The American Drudge Report Is Losing Its Credibility

The Drudge Report has been critical of President Donald Trump since last July, when the President made comments about building a border wall in Colorado.

The Drudge Report has been critical of President Donald Trump since last July, when the President made comments about building a border wall in Colorado. In the same month, the report led with a doctored map of the southwest United States. Earlier this year, the report criticized Trump for saying that he'd pay more taxes than his Republican opponent. However, the report's anti-Trump rhetoric has grown since the impeachment proceedings began.

Odyssey welcomes you back