Let's Not Glorify Adele's Weight Loss As A 'Glow-Up,' And Remember We're Getting A New Album In 2020

Let's not equate a "glow up" with losing weight, because that's just not ok. 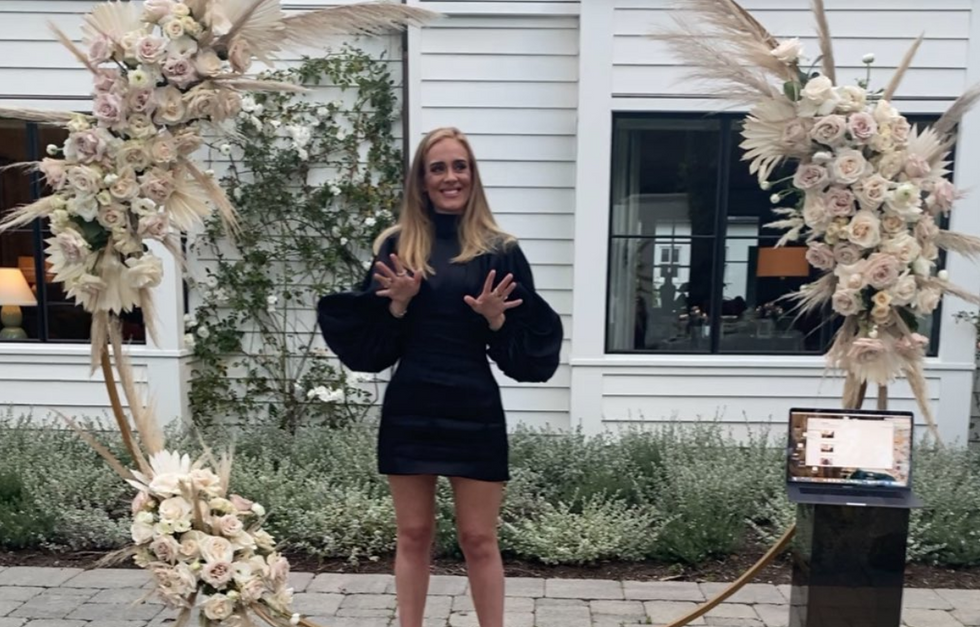 Guess what! Adele lost weight and is trending on Twitter because of it.

No, there's no problem with losing weight if that was a goal and it was done in a healthy way, but there is a problem with creating a hype around weight loss being considered a "glow-up."

After her recent divorce, Adele has most likely experienced a wide variety of stress, both physically and mentally. Who knows if her transformation is a "revenge body" for the sake of her ex-husband? She's already facing millions of people prying into that very personal aspect of her life — taking the time to critique her appearance has never, and will never be, appropriate.

Adele looks amazing — that's true — but the increased hype around her new "skinny mini" self makes you question the value our world places on size. A "glow-up" implies a major improvement — a better version of yourself. If you think Adele was not slaying the game when she gave us "Rumor Has It," I'd like to kindly show you the door.

I love Adele, and I'm thrilled she's living life on her own terms. She looks happy. I don't love how society tells young people--particularly young women--that they're perfect in their own healthy bodies while simultaneously praising famous women for losing weight.
— Charlotte Clymer 🏳️🌈 (@cmclymer) May 6, 2020

Now, let's get this straight. Adele's weight loss is her own business and she does look amazing. She's living her life, doing what's best for her health. Her transformation is not harmful or negative for anyone — the scrutiny of it is where we see the problem.

We've been preaching the importance of body positivity and self-love, encouraging the individuals around us to be their happiest, healthiest self. But a celeb goes through a major body transformation and BOOM, it's the talk of the town. This shows every individual tuned into the conversation what is actually valued in our world.

As mom always said, actions speak louder than words. We can support body positivity and If you're recovering from an eating disorder and watching someone you adore being praised for a dramatic transformation, your mindset could easily spiral.

Adele is a fantastic, accomplished musician. She's an interesting woman who has continued to bring us bops that we dance, cry, and sing to.

If you want to talk about Adele, you have SO many things to choose from — what does it tell little girls when we continue to focus on how much a woman weighs instead of her achievements, passions, and life-changing choices?

Adele is known for her incredible music and putting emotions into song in a way where it's absolutely impossible to avoid the feels. Her last album, "21," was released way back in 2011. That album had some bangers including, "Rolling in the Deep," "Someone Like You," and literally the rest of the album because it was altogether a hit.

A few months ago, there was some hype around Adele releasing a new album this year in September and we PRAY that that is still her plan, although that was before the coronavirus pandemic.

The singer was filmed saying “expect my album in September" at her friend's wedding party. pic.twitter.com/Zj0Ir76W2z
— Pop Crave (@PopCrave) February 16, 2020

And you would think Adele is now trending because it was her birthday or because maybe she hinted about a new album again, but nope, she is trending because she has lost weight and is considered to have "glowed up." Looks like 2020 isn't that different after all.

From Your Site Articles
body positivity
Report this Content

The Sh*t Nobody Talks About When You're 20 Weeks Pregnant