Working With People Who Are Dying Taught Me How To Live

Spending time with hospice patients taught me about the art of dying. 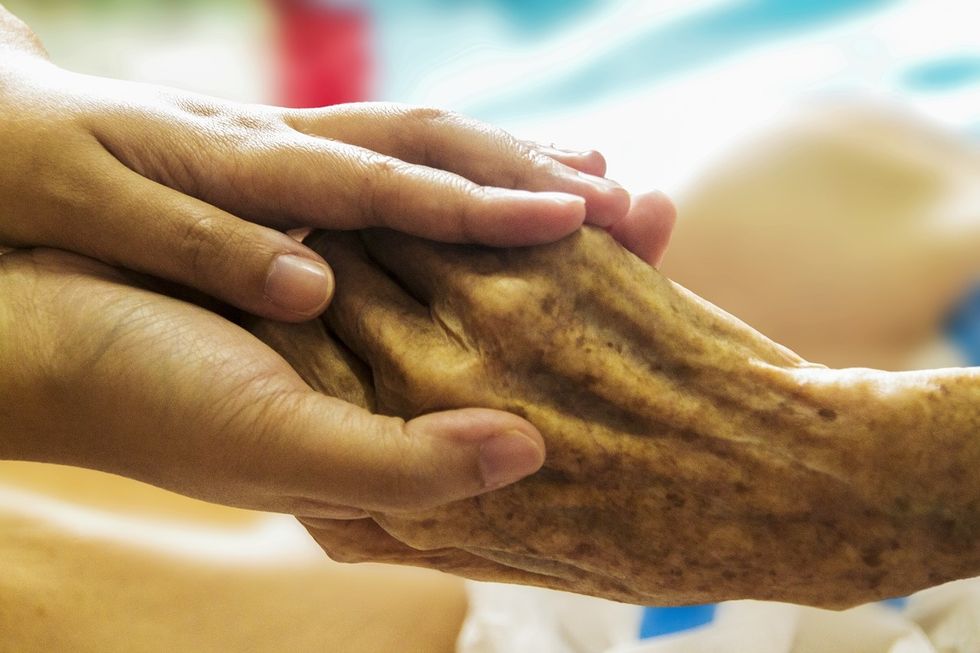 Death is a difficult subject.

It is addressed differently across cultures, lifestyles, and religions, and it can be difficult to find the right words to say when in the company of someone who is dying. I have spent a lot of time working with hospice patients, and I bore witness to the varying degrees of memory loss and cognitive decline that accompany aging and disease.

The patients I worked with had diverse stories and interests, and although we might have had some trouble understanding each other, we found ways to communicate that transcended any typical conversation.

I especially learned a lot from patients severely affected by dementia.

They spoke in riddles, but their emotions were clearly communicated through their facial expressions and general demeanor, which told a story all on their own.

We would connect through smiles and short phrases, yes or no questions, but more often than not, their minds were in another place. Some patients would repeat the details of the same event, over and over, with varying levels of detail each time.

Others would revert to a child-like state, wondering about their parents, about school, and about family and friends they hadn't seen in a long time.

I often wondered why their minds chose to wander to a certain event or time period and leave them stranded there before the end of their life. Was an emotionally salient event reinforcing itself in their memories?

Was their subconscious trying to reconnect with people from their past? All I could do was agree and follow their lead because the last thing I wanted to do was break their pleasant memory.

I felt honored to be able to spend time with them, but I couldn't shake the feeling that I was intruding on their final moments, moments that might be better spent with family and loved ones. I didn't know them in their life, so I wondered how they benefited from my presence in their death.

However, after learning that several of the patients I visited didn't have anyone to come to see them, I began to cherish every moment spent, whether it was in laughter or in tears. Several of the patients never remembered me. Each week, I was a new person, and each week they had a different variation of the same story that they needed to tell me.

In a way, it might have made it easier to start fresh every week rather than to grow attached to a person they would soon leave.

Usually, the stories were lighthearted.

They were reliving a memory or experiencing life again as if it were the first time, but as the end draws nearer, a drastic shift in mood and demeanor is evident.

A patient who was once friendly and jolly can quickly become quiet, reflective, and despondent. I've seen patients break down and cry, not because of their current situation, but because they were mourning old ones. These times taught me a lot about how to be just what that person needs towards the end of their life.

I didn't need to understand why they were upset or what they wanted to say.

The somber tone and tired eyes let me know that what they had to say was important and worth hearing. What mattered most is that someone who cared was there to hear it.