My Night At The Homeless Shelter
Odyssey

My Night At The Homeless Shelter 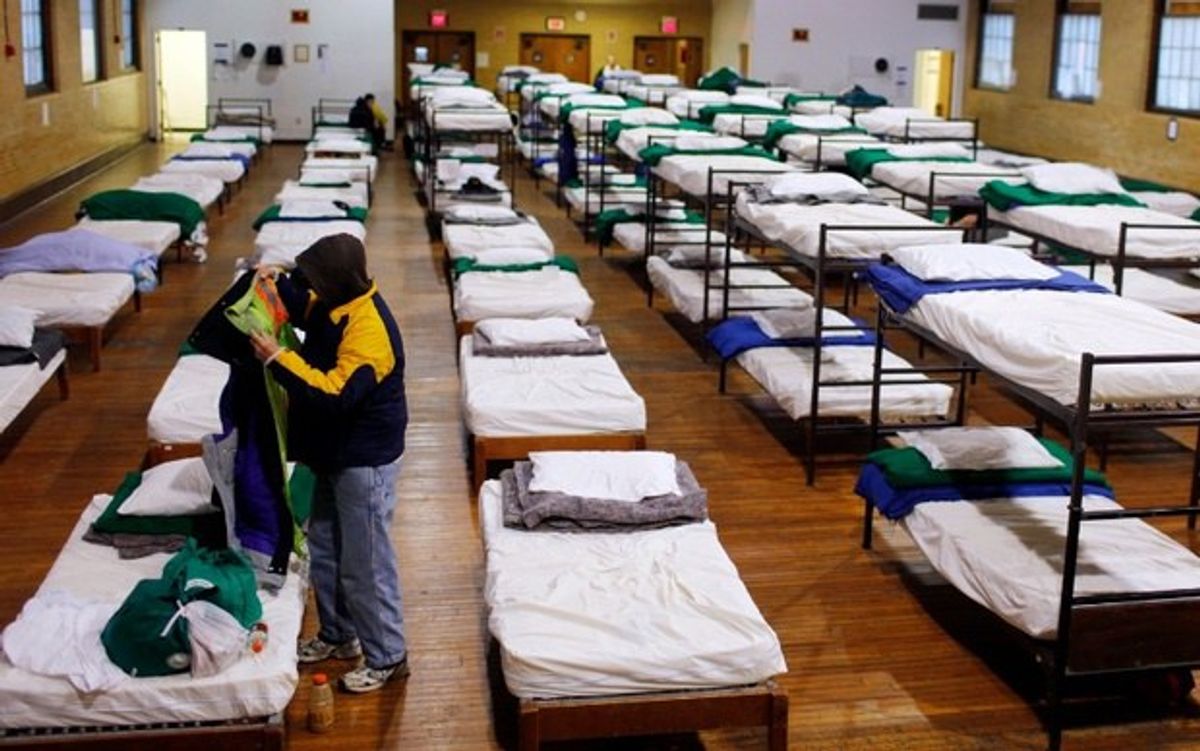 Last week, as part of an assignment for my sociology class, I spent the night at the CAPSLO homeless shelter, along with four other students from my class. I approached the experience with some preconceptions, expecting that I might walk away with a sense of gratitude for my own good fortune and a sense of increased empathy for a group of people to whom I have little to no previous exposure. I anticipated that I would feel humbled by their plight and graced with some perspective. And this proved to be the reality, however, I found myself surprised by the basic human connection that also seemed to prevail -- a need for relationships and bonds even under stressful and adverse conditions.

I believed I would witness a certain chaos that might accompany a situation fueled by desperation. I imagined manifestations such as depression, aggressiveness, unhealthy habits and destitution. And I did, in fact, witness all these things, which were painful and unsettling.

There was the diabetic man administering what I assume to be an insulin injection. There was a woman with an incessant, wheezing cough that seemed to stem from a particularly unhealthy lifestyle. A morbidly overweight family dined on Burger King and Cup of Noodles while a mother watched her son eat his dinner as she ate out of what appeared to be a baby food jar. At one point, there was a loud and hostile interaction between two women where one accused the other of kicking her baby. She chastised her for not apologizing. Voices were, at times, big and tense.

What surprised me, however, was a very basic and obvious need for relationships among the temporary residents and roommates. Despite the situation or maybe fueled by the situation, there was a sense of community in this very crowded church room. Two little boys sat chatting with their mother over a small meal. The conversation seemed calm and ordinary. Two women shared stories with each other about their children, bragging about a recent accomplishment. One woman reminded me of my own grandmother -- smiling, cheerful and appreciative of our presence.

The children’s need for connection was just as poignant and probably even more straightforward. Calling many of the residents by name, one little girl demanded she “needed two strong volunteers to help her do her backflip.” Children sat at a table working on homework together, occasionally distracted and sidetracked by one another. Giggling and playful, they were particularly engaging and entertained by our presence. Asking and answering questions, they vied for our attention and sought our recognition.

My experience had me reflecting upon stories told to me by my own mother, a kindergarten teacher. In her class years ago was a little girl living in a homeless shelter. She developed a quick and easy relationship with both the girl and her mother. The mother sought conversation and advice while the little girl sought frequent affection. Their personal situation was dire, but it would still seem their need to connect was strong.

Though at times the energy of the room at CAPSLO Homeless Shelter was sad and agitated, there was still a great deal of calm to the evening I spent there. The bond between parents and their children, the connection between mothers and friends as well as the acceptance and appreciation of strangers was profound.