The Next Generation Of NYCHA

The Next Generation Of NYCHA

Why healthy food environments are ground zero for a better quality of life. 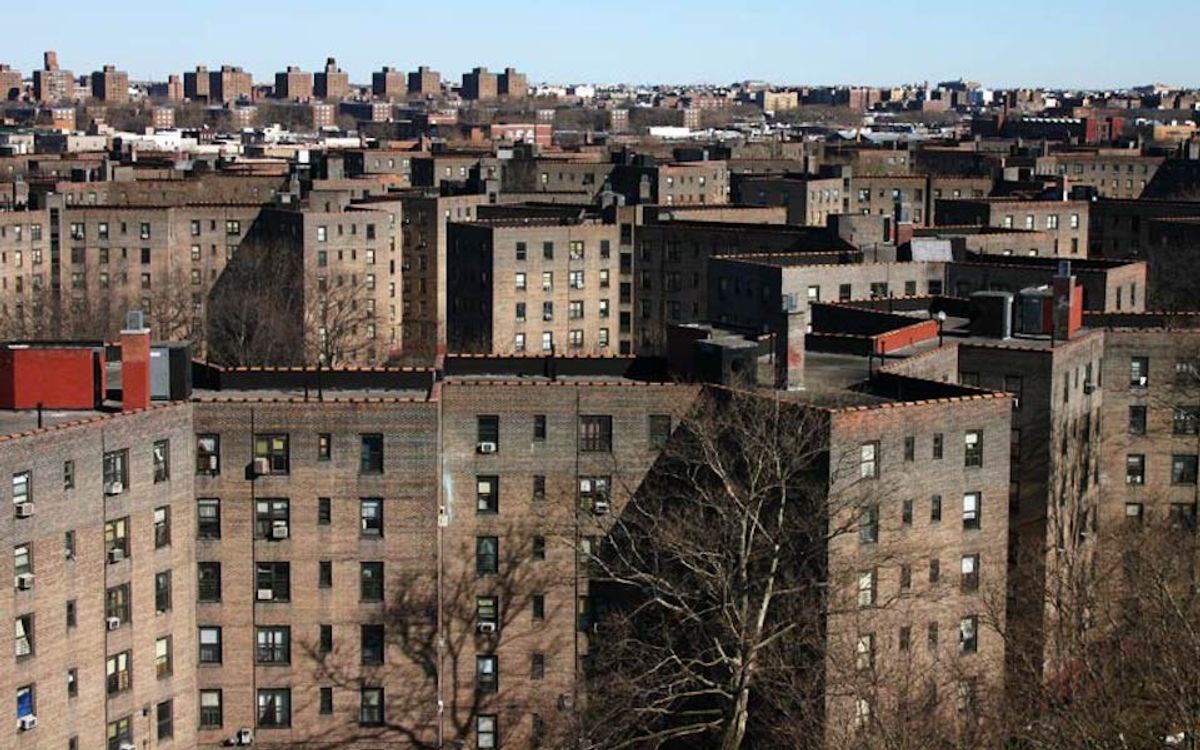 On the afternoon of Feb. 23, the New York City Housing Authority optimistically shared key changes in its operating model to improve the quality of life for its residents. Dozens gathered at the CUNY Urban Food Policy Institute in Harlem for a forum to learn how the combination of economic empowerment and the cultivation of healthy food environments is the key to success.

“We need to structure programs that work well for residents,” she explained to audience members.

Howard Husock, Vice President for Research and Publications at the Manhattan Institute, cut quickly to the heart of the issue. More than half of NYCHA residences are in what the city defines as “food deserts,” or areas lacking easy access to fresh, nutritious food. Residents are either forced to spend time and money commuting to a supermarket, or settle for lower quality food available in the area. Either way, the communities’ quality of life is reduced.

According to Dr. Christine Caruso, Assistant Professor of Public Health at Eastern Connecticut State University, a study she conducted at NYCHA’s Queensbridge Residence revealed, that in addition to food deserts, tense relations between residents and their local supermarket made for a poor food environment as well. Even when food was easily accessible, poor quality usually negated convenience.

“Folks felt really exploited and vulnerable,” she stated during her speech.

Despite such grim data, panelists eagerly discussed recent NYCHA and partner organizations’ initiatives to improve its food environments, and empower residents along the way.

Andrea Mata, Director of Community Health Initiatives at NYCHA, talked about the benefits of the Farms at NYCHA program, where AmeriCorps NYCHA residents build and tend to urban farms. She explained that program “graduates” learn a variety of skills to make them competitive candidates for employment, such as carpentry work and nutrition education. Other residents benefit from the easily accessible fresh produce.

Colleagues Bill Fink and Prudence Thomas of SCAN-NY, a youth and family service organization that operates in East Harlem and the South Bronx, discussed the success of “Café Express,” a pop-up café at the Lehman Village residence. Currently run by three high school seniors, the program built off the existing cooking relationships between older and younger residents. The organization hopes to replicate the program at other residences and inspire young people to get involved.

“They could become leaders who become voices of the community, and be the voice for what they want to see,” explained Fink.

Castillo ended the forum with a speech on Food Business Pathways, a program designed to help NYCHA residents turn informal food businesses into legitimate sources of income. After honing their entrepreneurial skills in the program’s accelerated curriculum, graduates receive their food handler’s license, access to a commercial kitchen, and free business coaching. So far, 72 graduates have started businesses of their own, an overwhelming majority women from the African American and Latino communities. The program also hopes to add a track that focuses on the child care sector soon.

While the forum did discuss successful initiatives currently at work to improve the food environments of NYCHA communities and empower its residents, Husock believed there’s still more that can be done. Part of his solution included the construction of supermarkets in the largely undeveloped space between NYCHA high-rises to improve accessibility.

“It’s time for NYCHA to be more imaginative and make city food deserts bloom,” he stated.

Only time will tell if his proposal will come to fruition. As for improving the NYCHA communities’ quality of life, the seeds have been sown.