A Thorough Guide on Catcalling Women 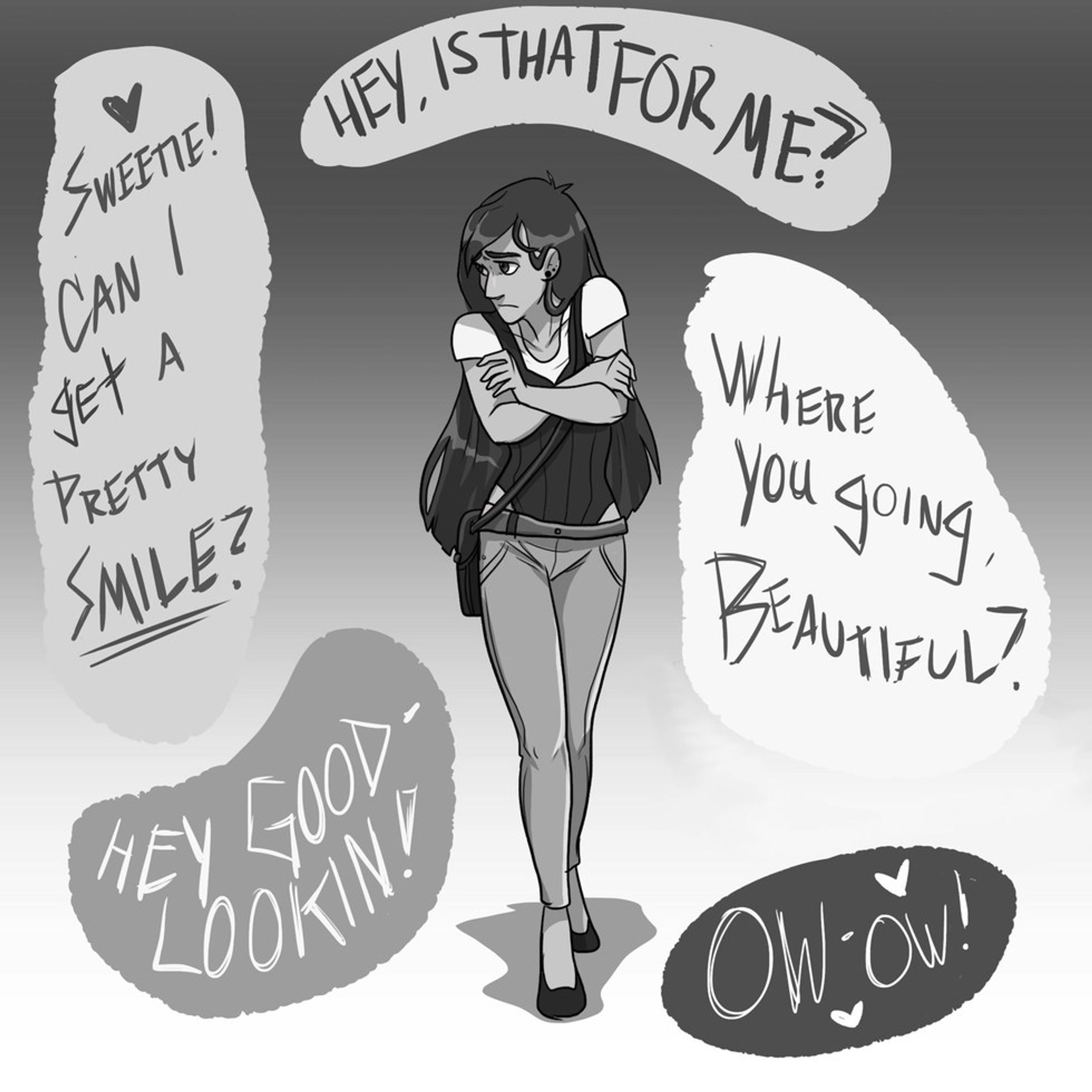 With the new year kicking into action, everyone needs an update on the changes we'll be pursuing. In the last month of 2016, I had many unfortunate encounters with the ancient practice of catcalling. Though it is clearly outdated and few women seem to enjoy being stared down and gawked at, there is much progress to be made before catcalling officially goes extinct. Thus, I present to you a guide with all the ins and outs of "appropriate" catcalling.

When should I catcall a woman?

1. If you are planning on assaulting her.
There's just something about being followed by a rickety pickup truck and being called "sugar baby" that screams danger (or am I just hyper-cautious?). By all means, if your intention is to harm a girl, please catcall her so she knows to run away as fast as humanly possible.

2. If you want to make sure that there is no chance for you ever dating or "getting with" the girl.
For most girls, this is absolutely an automatic "no" in regards to the offender. It's basically pressing the self-destruct button on your chances with her. Certainly a sure-fire way to avoid future contact. 10/10 would recommend.

3. If the girl is your very close friend, you are joking around and are not using any derogatory words.
I mean actually a very close friend. Not the girl you met at a party last week, but the one who's been your best friend for six years; the one you know well enough to understand her sense of humor and who knows you well enough to know you're not being a creep.

4. Never.
Just in case there is any confusion about the previous three options, a safe fallback is to avoid catcalling for any reason whatsoever.

When should I not catcall a women?

1. When you do not know her.
Do you really want this to be her first impression of you?

2. When she is dressed in her finest with high heels and makeup.
There is a pretty fair chance that, if this is the case, she is dressed to impress (1) herself, (2) her s/o, (3) someone else she has her eyes set on (aka: not you).

3. When she is dressed down.
If she is dressed normally or in exercise clothes, she is most likely not concerned with impressing you (or anyone) at the moment. Catcalling her would just be another nuisance in her very busy day.

4. When she is not dressed.
I don't know why she's not dressed and neither do you, so that is one reason already that we should not catcall her. Maybe she is trying to prove a poetic point about society, maybe she's a nudist, maybe her dress got caught on something pointy and completely ripped off in the middle of the street; who knows and who cares? This is not an invitation.

5. When she is drunk.
Her judgement may be impaired but she will still hate you just as much.

6. When she is older/younger than you.
Older does not mean wilder, younger does not mean more vulnerable and vice versa. Maybe she's looking for an age gap relationship and maybe she's not but, either way, she's not looking at the person catcalling her from a sketchy street corner.

7. Ever.
Again, if you are still confused, not catcalling her is always the right choice.

What words are not okay when catcalling?

1. Any profanity.
Aside from being plainly degrading, it's just trashy.

2. "Snow bunny," "Vanilla baby," "Dark Chocolate," "Brown Sugar," etc....
Any slang term for someone's race is out. There is truly nothing less attractive than being called after because of your skin color. This has nothing to do with the girl's personality or romantic habits and she will definitely still be disgusted with you.

3. "Hoe," "Skank," need I continue?
Okay, so there is one thing less attractive than catcalling a girl because of her race, and this is it. Don't use these words in general but especially don't use them when it's a girl you don't even know. Not only will she despise you immediately, but it's completely possible you will get told off or punched in the face.

From a girl's perspective:
Suppose the girl you are howling at has spent the last five years terrified of being alone and finally got the courage to leave her house.
Or she's running/biking in an attempt to calm down and release anger and improve her mental health.
She could have social anxiety.
Maybe she was assaulted several years ago and suffers from severe PTSD.
Or she's giving every ounce of energy she has to improve her body image and establish self-respect.
Maybe she's been devalued to nothing so many times already and is searching for her worth.

Whatever the case, that one sentence coming out of your mouth may be enough to ruin everything that she's been working towards; you put her back at square one after she's gone through hell to get away from it.

Caitlyn Morral
St Bonaventure University
4172
Wordpress
Odyssey recognizes that mental well-being is a huge component of physical wellness. Our mission this month is to bring about awareness & normality to conversations around mental health from our community. Let's recognize the common symptoms and encourage the help needed without judgement or prejudice. Life's a tough journey, we are here for you and want to hear from you.