I've Never Had A Serious Boyfriend And Yeah, It Bothers Me

I'm 19 And I've Never Had A Serious Relationship And Yeah, I'm Kind of Bothered By That 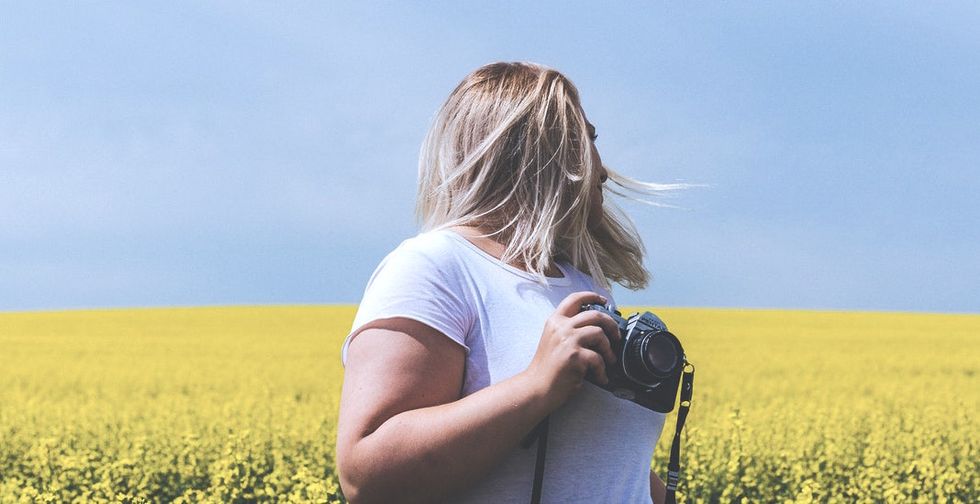 Growing up, I hadn't really found myself concerned about being in a relationship.

Rather, I constantly worried about school, sports, and in all honesty, just myself. Selfish of me, I know. However, this mentality shifted come my junior year of high school. Why, you may ask? Well, this crazy phenomenon was occurring right before my eyes:

All three of my best friends acquired boyfriends. And at the SAME time, too.

What made things worse was the fact that these relationships weren't superficial—each of them had found guys who were not only their boyfriends but their best friends. So it wasn't like I could comfort myself with the idea that any one of their relationships wouldn't last, and I would no longer be the single friend.

So, this left me as the lone wolf. The odd man out. The fifth wheel on the wagon. The black sheep. Most simply, the one without a boyfriend.

For the first time in my life, this fact really began to bother me.

I started to associate having a significant other with happiness, seeing that my best friends were always happy when with their own significant others. I convinced myself that because I didn't have a boyfriend, it would be harder for me to attain their level of happiness. And yes, I know, this was and still is very irrational of me to think. But, at the time, it really did upset me tremendously.

What was worse was that I began to associate my lack of a boyfriend with my level of self-worth.

I thought that because I did not have a relationship, no guy wanted to be with me or wanted to even try to get to know me. This left me to base how I viewed myself off of how I thought guys saw me and I ultimately convinced myself that they simply did not see me. So, you could imagine my self-esteem became pretty low during my last couple years of high school.

Having low self-esteem can lead one to make illogical decisions.

I soon found myself becoming interested (more like convincing myself I was interested) in boys who simply gave me the attention that I felt I deserved. And what I felt I deserved was far from what I actually deserved. These "relations" consisted of always remaining in the beloved "talking" stage, a stage in which a relationship will never really form. It consisted of not even getting to know the other person I was seeing (I couldn't tell you what their favorite colors were or even when their birthdays are), never going on dates, and just accepting subpar treatment as the norm. It felt fine because I finally had what I thought I wanted—attention from someone of the opposite sex.

Once you have that attention, no matter if it's genuine or not, you would do anything not to lose it.

I began to become passive and unbothered in an attempt to maintain the "cool girl" and "go with flow" image. I didn't want to seem too demanding or too assertive, so a lot of the time, when I felt that I wasn't being treated how I should be, I wouldn't say anything out of fear that the boy I was "talking to" at the time would drop me. I was afraid of losing the only source of "romantic attention," something that now had a large stake in my happiness and self-worth. Something that I once professed to be out of my character, I was now falling victim to.

I began to lose myself because I was afraid of losing others—people who I didn't even benefit from in the long run.

I wish I could say that I somehow overcame this way of thinking and that I am now a young woman who is secure in herself. Unfortunately, this is just not the case. It feels that this issue has only progressed as I began college, I constantly find myself worrying about what the opposite sex thinks of me. For much of my first semester, I found myself downcast and discouraged over the fact that I hadn't solidified many friendships with guys or that I hadn't gotten myself a boyfriend or at least someone that I was consistently talking to.

And can you believe it, too? I was entirely unable to start a serious relationship with another person in ten weeks. WOW, I must be completely inept!

All jokes aside, I still struggle with this way of thinking.

And yes, I do know that it is illogical and that I shouldn't base my self worth on other's opinions of me. But, I'm a young college girl. A young college girl who, as the wise Chandler Bing once said, is hopeless and awkward and desperate for love. I just need to reevaluate my way of thinking when it comes to relationships. Then, maybe I could become a little more hopeful and a little less awkward and a lot less desperate for love.