Just because you don't have a boyfriend doesn't make you any less of a person. 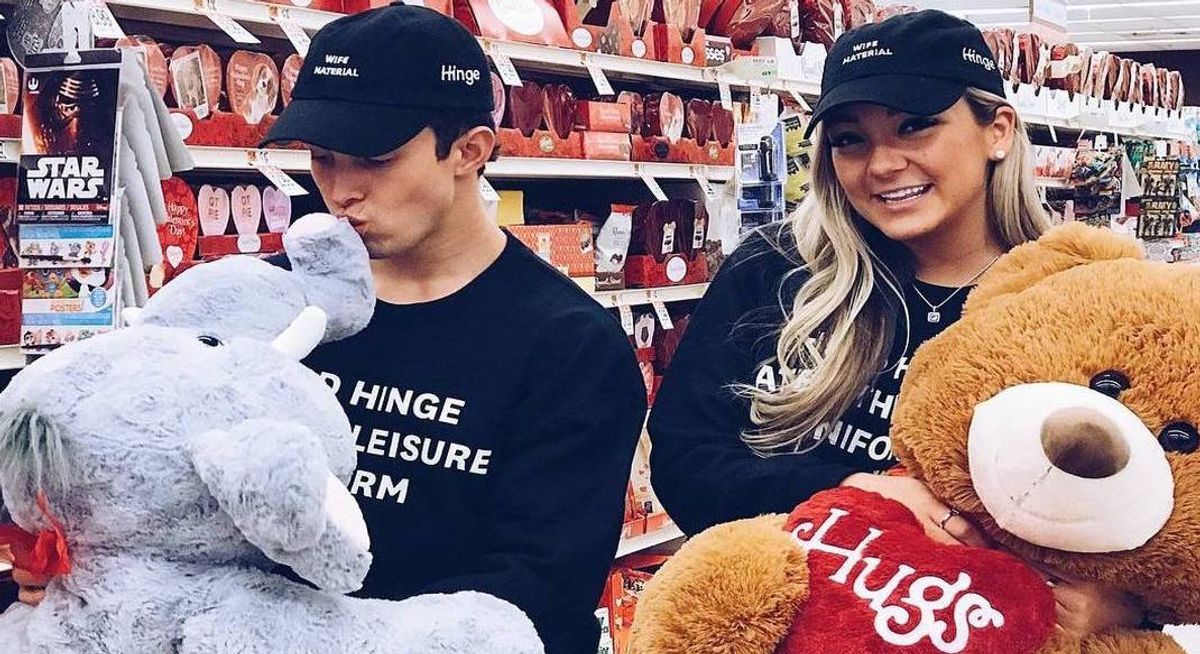 If you’ve read any of my articles before, it probably sounds like I know everything about dating in college, but that is SO far from the truth.

There’s no way for me to know everything, but let’s just say I have come across my fair share of fuck boys, boys who don’t-really-know-what-they-want-but-will-lead-you-on-anyway, and even the dreaded, “I see you as a really good friend” conversations.

I’m not saying that I am a perfect person, that I haven’t expressed interest way too quickly before, but all of these experiences have led me to realize how being an independent woman is one of the most beautiful things I can be.

I’m also not saying you should sacrifice your independence in a relationship, but you must spend enough time alone and fall in love with yourself first.

It seems like I’ve been falling for quite some time now. I have never been the type of person to just wait for things to come to them, and use their current situation as a crutch. Going after things I want is just part of my personality. I will always find a way to make things happen, it doesn’t matter if I am tired or uninspired.

While this sounds like a great trait to have, it also became my tragic flaw in the college dating scene. If there was a guy I was interested in, you best believe I was the one making the first move. There’s nothing wrong with this, apparently, it’s kind of attractive (as far as I know), but you should not be making all of the moves.

Throughout these past four years, one pattern that I noticed was as soon as I immersed myself in doing the things that brought me the most joy, a guy would come out of nowhere like he literally fell out of the sky.

I cannot tell you how many times one of these articles has been the reason a guy has “slid into my DM’s,” if you will.

I know I’ve exposed the guys who have wronged me (I’m sorry, you knew what you were getting into, buddy), but only because I don’t want other girls to fall for the same crap and make the same mistakes I did.

There are only two more months left in my college career and honestly, is it so bad to say that I’m kind of glad I never had a serious relationship?

Not being in a relationship gave me extra time to really get in tune with myself and figure out exactly what I wanted to do with my life after college. Side note: still kind of figuring that out, but nevertheless, I've got plenty of options, to say the least.

I spent my first two years of college hoping that I’d cross paths with someone who rocked my world (so much for wishful thinking). My junior year I discovered my purpose: having a positive impact on people’s lives by motivating them to share their stories on platforms like this one.

SEE ALSO: If All The Guys You Dated In College Became John Mayer Songs

I’m happy to say that it’s my last semester of college and I have empowered 30+ women to share their truth, generated over one million page views on this platform, and am in the process of launching my own business.

My point: you don’t need a boyfriend to do any of these things. Sure, they can be great support systems, but so are your girlfriends, and sometimes, all you need to continue is a "girls night."

If a guy is intimidated and even threatened by your success, then he’s not the guy for you.

To all of the girls out there who are scrolling through their Instagram feeds and feeling a pang of jealousy when they see photos of cute couples, just stop it. To all of the girls who are concerned about finding their significant other in these short four years, don’t be.

Just because you don't have a boyfriend doesn't make you any less of a person.

Actually, I think you're an amazing person for clicking on this article in the first place. Remember there are people in unfulfilling relationships; be grateful that you're not one of them.

Even if you don’t find him, you will turn out just fine. I am living proof, just look at my resume.

Nicole Marie Nigro
Individual Creator
7172
c1.staticflickr.com
Where to start...... Let me start with the cliche that life throws us curveballs and what we do with it is what counts.