From the perspective of a student-athlete 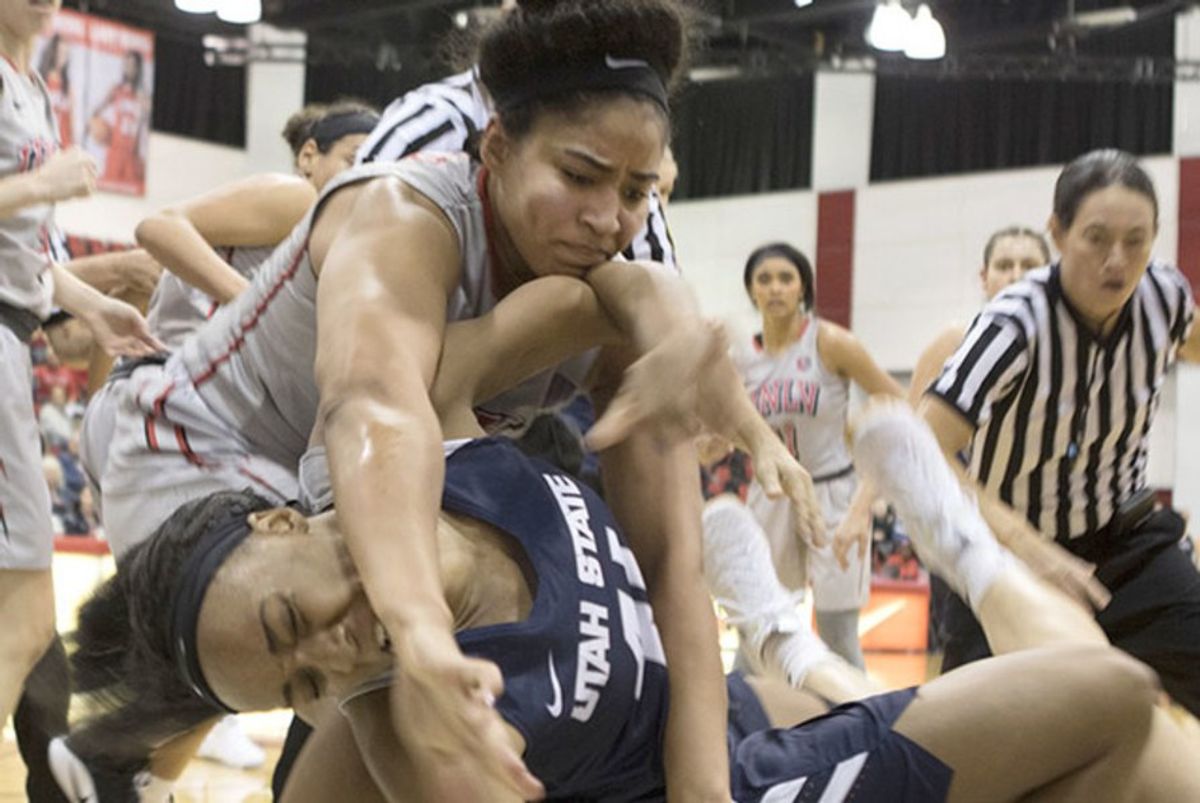 “Women’s basketball? What is that?” I have been playing basketball for the last fourteen years. As a female college basketball player myself, I am all too familiar with society’s all too cruel jokes about a sport that I pour my blood, sweat, and tears into. Regardless, I soldier on, working hard and pretending like these words don’t hurt. I understand that I playing at a small DIII school, but to see people dismiss my sports in its entirety, and deem it irrelevant cuts deeper than one can see.

A little after midnight on January 8th, my phone lit up with a notification from the Bleacher Report. I saw the tweet below:

While I DO NOT condone fighting, as an athlete, I do know unfortunate events occur in the heat of the moment. It happens, such is life. I am not here to discuss the rights and wrongs of fighting in athletics….what struck a nerve with me were the Twitter responses to this video tweeted by Bleacher Report. People, let’s be honest mostly men, were attacking these athletes, women in general and the game of women’s basketball. I was disgusted. These tweets were rude, distasteful, and prime examples of pure ignorance!

The first tweet that caught my eye was the one below:

Wow, @DoubleD710, how original! I have never heard this insult before. It’s 2017 sir...? Not really sure who or what you are since your profile picture is of an animated character. As a previously stated it’s 2017, the women’s right to vote was ratified on August 18, 1920…you do the math. For about 97 years, we have been able to have our voices heard, make gains within society and still are told we belong in the kitchen. Seriously? While I am not condoning the player’s behavior, these women are DI athletes, getting an incredible education and have so much more to offer than culinary skills.

Ahhh, “Uncle Court,” thank you for your condescending tweet it is greatly appreciated, truly! You sound like that jerk Uncle who ruins Christmas with his sexist remarks. If that is what you aspire to, keep on plugging along, I am sure you will reach your dreams someday! Maybe you thought this tweet was funny and sarcastic… newsflash it’s not. FYI UConn’s Women’s basketball team has won 89 games in a row. Yes, I said 89. They beat East Carolina last week 90-45. They have scored no less than 72 points all season, just so you know. Notre Dame’s Women’s basketball team has scored no less than 55 points this season and scored over 100 points TWICE. I could keep going, but I do not want to further embarrass you. Do us all a favor check your math and delete your account.

Women and sports don’t mix?? Okay @TotesMcGotes…if that is your real name. Please tell that to the faces of female athletes that leave their blood sweat and tears into the game they love.

@taylabonte seems to think that this fight is finally something exciting in women’s basketball. I am glad you have no interest in these women’s talents on the court, but rather their abilities to throw left hooks. Taylor, you perpetuate a society that shows women were only good for cooking, cleaning and making a scene. Our effort and hard work towards what we are passionate about mean nothing. We only get recognized and attention when something men deem “exciting” happens. Basketball is an amazing sport, you can lose by one point after someone chucks a full court shot. It’s a game that can go down to the wire, the person with the last possession can make it or break it. It truly is an exciting sport if you give it a chance and I wish you would.

“Title IX.” Wow @FartnoiseSports it must have taken a lot of brainpower to come up with a tweet as elegant and graceful as this. Title IX is near and dear to my heart and how dare you make a mockery of it. While my heart aches that in our society we needed Title IX of the Education Amendments Act, it is because of it that I am allowed to play a sport I love. To experience what most male athletes take for granted. Title IX has done incredible things for women in this country and I am incredibly proud of it. While this is a free country, and you are allowed to say/tweet as you please, I am sure all 40 of your followers would not be sad if you stopped tweeting forever. Just a suggestion, but I am a female athlete… what would I know?! (PS Thanks for deleting your tweet... thank goodness I got screenshots of your stupidity)

Okay, Zack. First of all sick Twit Pic… you lost me at “basic snapchat filter.” I am not going to sit here and validate my sport to you, because you probably don’t have the capacity to comprehend it. (I don’t mean to insult your intelligence… but when you tweet stupid things, I’ll treat as if you’re stupid.) Women’s and men’s basketball are two completely different types of games. You cannot watch a women’s game expecting it to be like the men’s game, it does not work like that. If you are not capable of still appreciating each game for what it is, we don’t need you!

The reaction to this altercation on the court appalled me. No one seemed to care that there was a fight, but rather women shouldn’t be allowed to be on the hardwood. It’s 2017, we have to figure it out eventually, I hope. Until then, ladies keep kicking butt and taking names in the gym, on the court, field, diamond or wherever you play. And remember, as your MOM always told you... if you don’t have anything nice to say, don’t say it at all!!