11 Moments Every Muslim With Non-Muslim Best Friends Has
Odyssey

11 Moments Every Muslim With Non-Muslim Best Friends Has

They've got you covered — front, back and center. 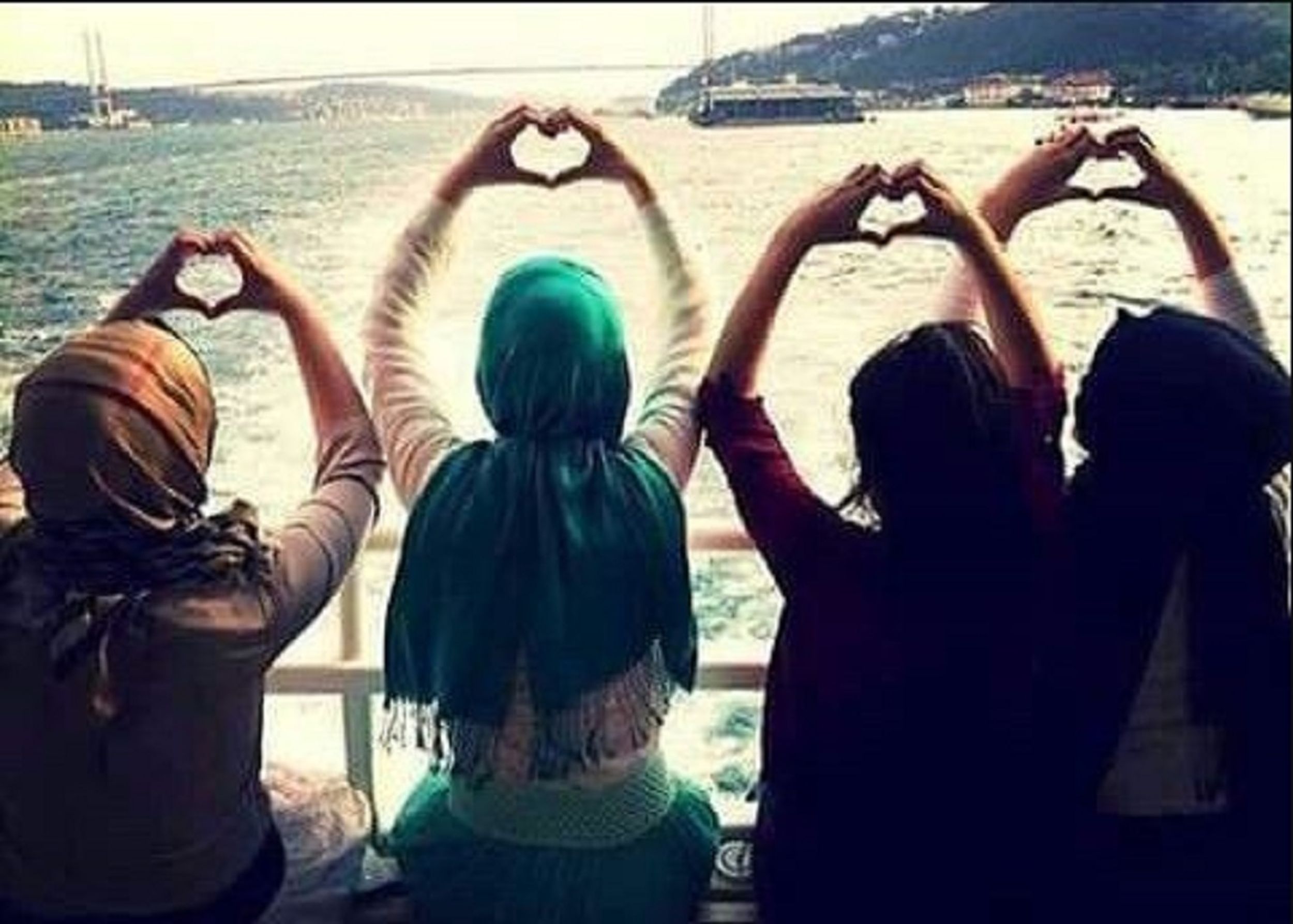 Two of my closest friends are the only people I've kept in touch with after high school. Because we're quite similar culturally and not afraid to speak our minds, we quickly became a tight crew over time. They were the only ones to accept my differences as something they could naturally adapt to over time, and it made me feel normal and appreciated.

Since then, I've come to value our friendship as something special and unique, despite how unusual it may for passerbys to see a Muslim niqabi, a mixed Christian and an Israeli Russian Jew racing each other on a football field for dibs on the last pack of crackers. It's just how we do.

Some people will ask this after you've known each other for a while, whereas others may ask straight up. Either way, this ends up in a trip to the girls' bathroom which suddenly becomes a flushing burst of positivity as all the surrounding girls catch on to what's going, "oooh" over the reveal and complimenting how you look. Then everyone's complimenting each other like a beautiful circle of acceptance and love, and not gonna lie, it's a mood booster.

2. "DUCK, my brother's approaching the car!"

You could be in the car fixing your hijab while your friend is dropping off your other friend, and suddenly there's a mayday moment as your friends lunge to shield you. It's a wonderful, fuzzy feeling of suffocation to know your friends are always looking out for you, even if it means being squished.

After years of wearing hijab, you begin to pick up on which fabrics make the lifetime cut and which will last a few fancy occasions, so now you're the official scarf consultant for all your non-Muslim friends and their aunties.

4. Stopping At Random Spots To Pray

You know you've got some good friends when they understand you have to leave after a couple of hours to go home and pray.

You know you've got some friends for life when they're the ones who find a spot and urge you to go pray first before y'all continue hanging out.

This can be a little awkward to explain to any non-Muslim friend, because you really don't want to offend them and make them feel like they need to invest in a new wardrobe just to come over, so most of the time we scuttle over this with, "Oh it's totally fine, wear whatever you want, just a little on the modest side would be good, not that I mean to call you immodest, just... yeah... anything's fine!"

But when you're best friends, they already know to reach for either the maxi dress or maxi skirt or opt for the jeans with zero chance of butt crack appearance and a shirt (that covers most of the arms and definitely the chest) as their go-to.

For the non-Muslim who really want to impress your parents and become their favorite new adopted child, you'll notice they casually decided to incorporate a neck scarf that somehow drapes itself over their head whilst talking to your mom about their latest straight-A report card.

6. Trying To Explain Giving Up Your Sins

This can be another awkward conversation, but when good friends understand, it feels like a relief that you don't have to censor your worries out of the fear that they "won't get it."

As a Muslim, we're always trying our best to give up sins and engage in better habits, so sometimes when I say, "Oh, sorry I haven't seen it. I'm trying to give up movies," or something similar, some people find it weird. But my friends understand it's a struggle I'm trying to overcome bit by bit, and I don't have to hide that or be afraid of them seeing that struggle.

SEE ALSO: We Need To Stop Justifying Our Sins And Denying What's 100 Percent Haram In Islam

7. They will make sure you're covered.

From tucking back in the bit of hair that's peeking out from under your scarf to watching out for you and your stuff while you pray in public, they are naturally considerate of who you are. It's just one of the reasons they're in your duas.

I also have faith they can recognize me in a group of niqabis, so that's always a plus.

8. Your parents grow fond of them.

"Look how nicely she tied her hair back and is studying master's program already at 21, MASHALLAH. You could learn a thing or two from her!"

"That's not all Amma, she coded a whole story. For fun. In a team contest and won!"

And you're so crazy proud.

9. You can have deep discussions about politics and religion without anyone becoming offended.

One of my best friends Anna is an Israeli Russian Jew, and we've had talks about almost everything from debating the political conditions leading to Palestine v.s. Israel to sharing the differences and similarities in Judaism and Islam. We're so tight by now that we have shared insults about our Arab-Jew noses.

10. They know the difference between halal and haram food.

And they let it affect our eating out decisions in a way that doesn't make things awkward. We went out for ice cream and turns out I can't have any there? No worries, there will be extra snacks, or we'll swing by Kroger to get my favorite pint on the way.

11. They learn so much about Islam that they become personally offended the next time they hear someone make an ignorant comment.

"Girl, he started saying how Muslim girls wear towels on their head because they're oppressed, and I threw my best pen down and set him straight."

"I also may or may not have sent him a list of your articles that I feel he should read to obtain a better understanding of Islam and subscribed him to daily hadith email."