I'm Medicated For My Brain And Totally Okay With It

I'm Medicated For My Brain And Totally Okay With It

Learning to take a crazy pill for my crazy brain feels a little weird, but it was totally necessary. 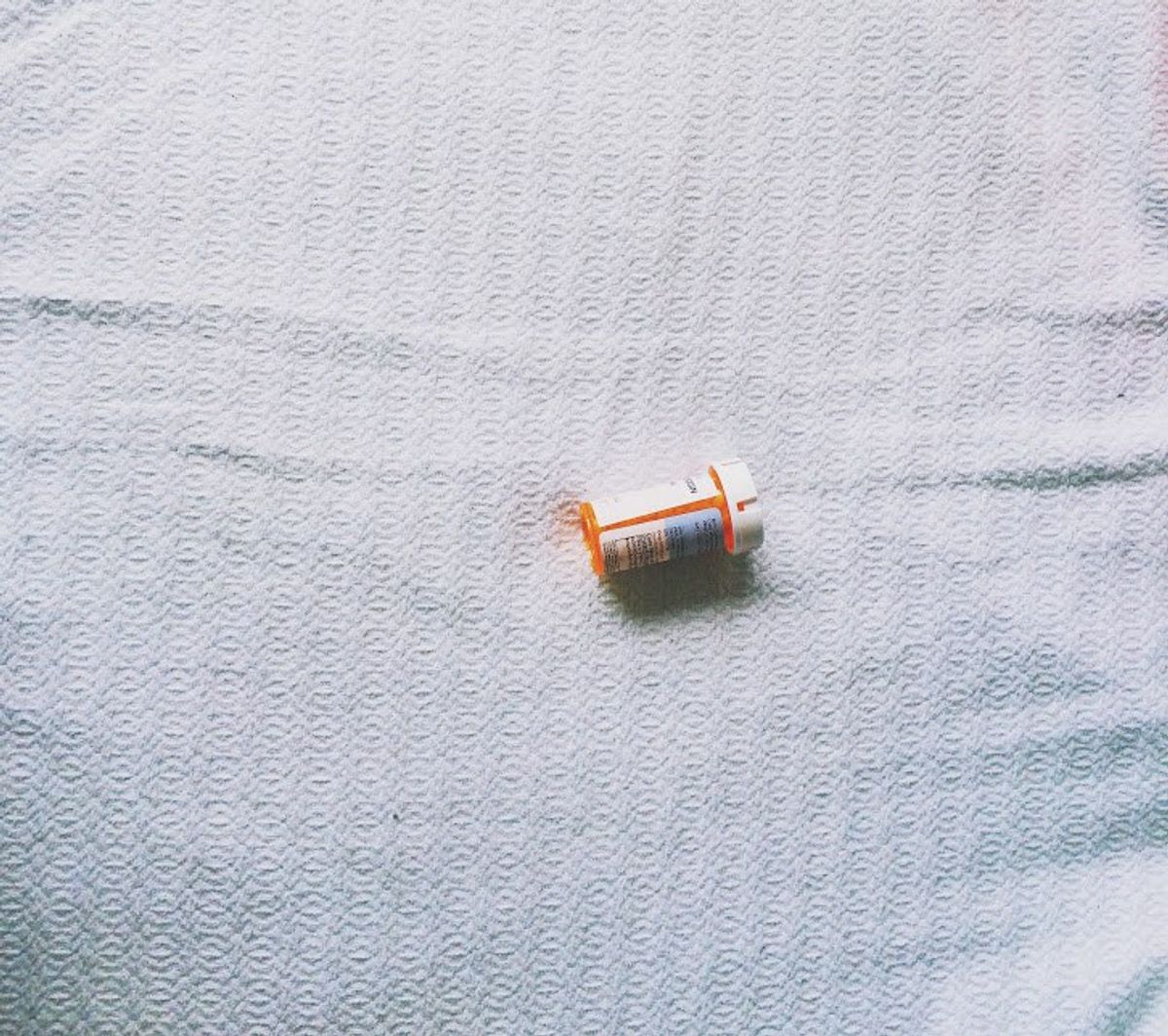 When you get an infection, you take an antibiotic.

When you have pains, you take an aspirin.

When you have any other disease or illness, you take a physician-recommended medication.

So why should diseases of the brain be any different?

To most that would read this, you'd think of me as a happy, go-lucky 20-year-old who is painfully optimistic and loving life. That's about right for the most part. But in between those happy moments is someone who's depending on a medication to get out of bed in the morning. And that's totally fine with me.

I really don’t even know how to put it because all of the transformations that have occurred in the past few months will never be able to be put in words. I may have pages and pages of journal entries, but I don’t think I’m at the spot to write those out and publish them. But I’m at the point where I feel like I can finally talk about it all.

About how I broke down on the phone with my mom and confessed my deep depression. I’ve always had struggles with mental health, including a bout of anorexia in high school and many times of just feeling down, but I had never in my life felt so in the dumps. Not just sad, but without any motivation to move, wake up, smile, talk. Do, think, feel anything.

Through all the times of being down, I have never in my life felt like this. I cannot even explain it to those who haven’t felt it, but I wouldn’t wish it upon anyone ever.

Though I’ve always known about my tendencies to get down in the dumps, I knew it was bad when I was also really starting to struggle with anxiety. I couldn’t hear the notification of a new email without dread hitting me and a wave of sweat coming across my face. I couldn’t study for a test without thinking about what would happen if I failed. Every moment caused anxiety for me and I knew it wasn’t normal and I had to do something. The depression was absolutely unbearable as I spent each day crying about the thought of having to get out of bed. The combination of both things was just terrible.

In December 2015, I worked on myself. I went to the doctor and was prescribed an antidepressant for my anxiety and depression.

Being given a pill for my craziness felt crazy in itself.

I remember the first day taking it, I freaked out and was anxious. And I know there are a lot of differing opinions about antidepressants, but trust me, I had tried everything I could possibly think of. It wasn’t something that could be fixed by “going on a walk” or “watching something funny” or “talking to a friend." I had been starting to just wish I could crawl into a hole and disappear forever without any trace of me ever existing. So I knew that this medicine was what I needed.

This is very hard to write. I have been vulnerable in many things I've written, but this has to be the hardest thing to write. Mostly because I’m still trying to get better and will always struggle with this and it’s hard to write about things in the middle of them. I don’t know the end of this story, but I know that right now, I am truly and absolutely happy. I am relearning how the normal Meredith used to live life and that I am an optimistic person. Ya girl’s just got some low serotonin levels and genetic predispositions. And I’ve learned to accept that and live with it.

I was driving a friend where we were talking about ingrown toenails. She apparently always gets them and said she just had f***ed up toenails, and we laughed because we all have something that’s just a little bit like that. I have weird brain chemicals, and I’ll give that a chuckle because I cannot help it. It does not make me worthless, it’s just something I’ll always deal with. I take a medicine and that puts me at a little bit normal (but I mean, what even is normal?). Maybe it’s a little bit more extreme than an ingrown toenail, but thinking about it like a physical health condition (which it is) makes me feel better about talking about it.

As hard as this is to write, I feel like it’s necessary. No one except for my close friends and family know, and even then, we don’t really talk about it. I’m eternally grateful for friends that I could confide in this past semester because now they make sure to check up on me when I seem down and for family that supports me 100% of the time, even though they’re eight hours away. I’m grateful for a boyfriend that has stuck with me no matter what and never let this nasty disease affect his view of who I am. Though these people in my life know, they’ve never treated me really any differently. I do not ask to be pitied or have everything in my life now have a different spin on it. I write this because I know there are some of you also struggling.

What an antidepressant does and what it does not do:

-It raises the level of neurotransmitters in your brain to what is considered "normal."

-It doesn't instantly make you happy, but rather gives you the ability to feel happy.

-It's not addictive nor is a long-term solution, but instead helps you somewhat retrain your brain into being a productive person.

-It's not the same as all types of antidepressants: some affect people in better ways than others.

-It doesn't make you a weak person.

I know there are people out there reading this who are struggling with an eating disorder, anxiety, depression, or any other slew of mental health issues. And you may be too afraid to ask someone for help and admit how you really feel when someone asks what’s up. But I promise, it is worth it and you are worth it. The people that love you will support you no matter what, and they want to help you in whatever way they can. I will tell you over and over that things will get better.

I could cry at how beautiful it feels to feel like this again. I had forgotten how much of a happy and motivated person I used to be until I asked for help and worked on myself. You can do it, too.