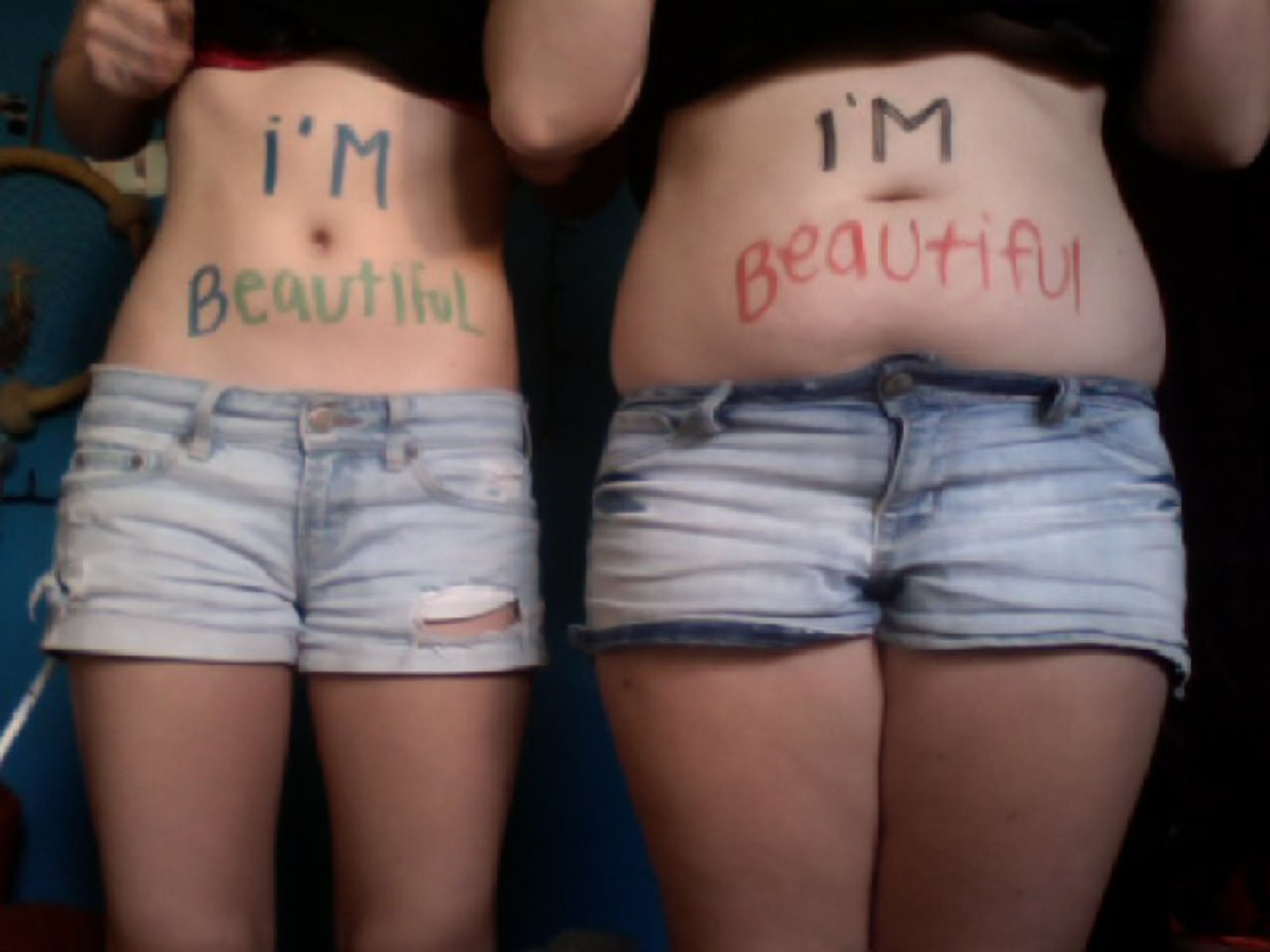 “Images in the media today project an unrealistic and even dangerous standard of feminine beauty that can have a powerful influence on the way women view themselves.” Society has inundated unrealistic portrayals in the media of the “ideal image”. The standards of beauty that are depicted through this culture are almost impossible for any woman to achieve. Body image can be defined as an idealized perception or image of what an individual’s body should be. Media has created a negative influence on women’s perception of beauty and themselves over the last century. Many young women are very vulnerable in the way they look because of film and television’s unrealistic and stereotypical perceptions of what is beautiful.

Body image is an individual’s perception about their body, physical appearance and beauty, which is often influenced by the media. Numerous women of various ages struggle with their own bodies fitting into the idea of the perfect body. “In recent years, women's body sizes have grown larger, while societal standards of body shape have become much thinner. This discrepancy has made it increasingly difficult for most women to achieve the current sociocultural "ideal." The high standards of beauty have become extremely impracticable and risky health wise for several young women. Television, film, and magazines are only a few examples in which media embraces society’s unrealistic portrayal of beauty.

Many studies have found that it was more common for women to have a negative body image if they viewed various television programs during their adolescent years, as opposed to those who did not watch the programs. For instance, young women who viewed music videos had a possibility of increased levels of a negative body image because the videos portrayed a message that women should live up to the sociocultural ideal. Typically the women in the videos embody what society acknowledges as beautiful.

Magazines are another example of how media continues to allude the idealization of beauty. Magazines and advertisements are marketed to help women "better themselves" by providing information and products that are supposed to make them look and feel better. "Marketing strategies lure women into purchasing these forms of media, and most have the potential to be a powerful influence on women's sense of self and satisfaction with their own appearance.” Research has established that the majority of young women who read magazines, particularly fashion, or watch certain television programs, show higher levels of ideal internalization by frequently comparing themselves to the faces and body types seen through the media.

The almost unattainable standards presented by the media through film, television and even magazines can affect several young women’s perception of themselves, which often causes them to feel inferior when it comes to their bodies and their physical appearance. The media encourages the idea that to be beautiful, a woman must have an unattainable weight size that is often unhealthy to her body.

A negative body image among women is not easily changed especially when it has been implanted in us from an early age, but women and society can begin a change today. Young women can stop talking and thinking negatively about their body, but show appreciation and love towards the parts of their body that they are proud of. Young women can also challenge media’s perception of what is beautiful by speaking out loud through social networking sites, demanding that film, television and magazines show all kinds of women not just the ideal of perfection