No One Can Respect Each Other Anymore And It's Beyond Disgusting

It's our own nation we're ruining. 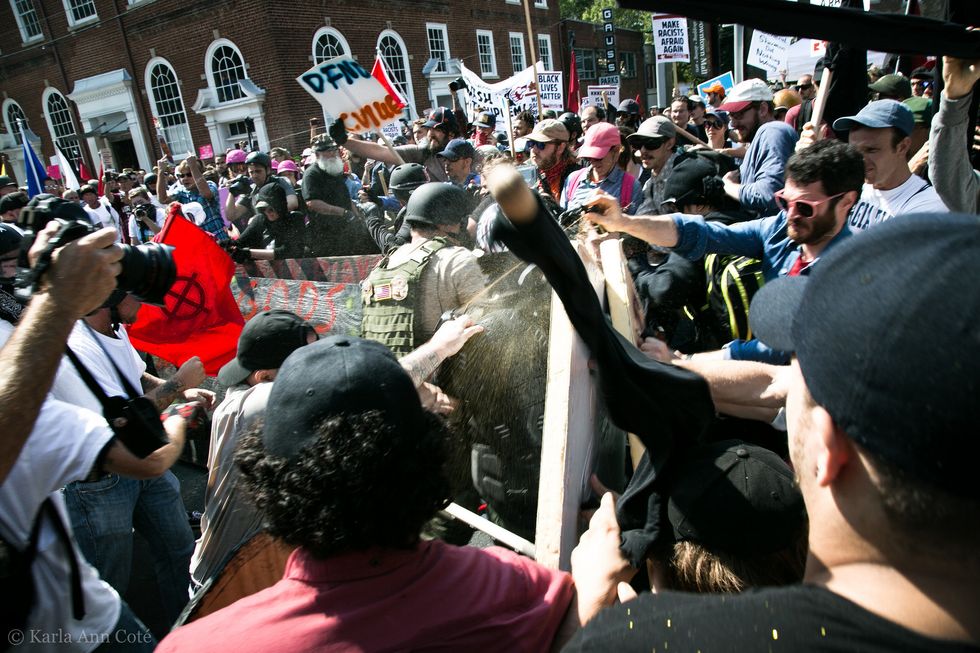 OK, listen up. I've been beyond astonished, angry, humiliated, and hysterically laughing at the things I have seen on twitter recently. It seems like it's the place where people are "speaking their truth" but hidden behind a retweet or a like. It's kind of just like a shadow emphasizing on someone else original thought, but playing it off as if it was theirs. People are retweeting and liking a video of a non-binary spitting on a man due to the choice of wardrobe, and most the people are rewarding it because it's against what they believe but support their cause to "better the world."

I'm not here to solely speak of this incident because I know we have issues on all sides of politics, but it's getting out of hand and that topic was the one that inspired me to rant on this article. All I have to say about that situation and many others alike is it is such hypocrisy.

People ask for respect and to be treated equal, yet when another person of a different lifestyle and set of beliefs walks by… you spit on them or call them names? This goes for everyone and all walks of life.

Now, I want to get a point across. I'm not supporting any side politically, sexually, religiously, or anything beyond. These are my words, my beliefs, my thoughts, and some profanities. As I am just stating what I think from a standpoint of the number of idiots I have come across through the wonderful world wide web. Oh, and before someone gets offended by something I say, I have seen stupidity from all viewpoints and opinions, and as I am apart of humankind, it's quite embarrassing to stand by and watch.

Whatever happened to people agreeing to disagree? Wasn't there a time were people peacefully disagreed with one another? What has it come to, to hate someone that thinks different of you? To physically or mentally abuse someone? I understand we've been there in the past, but what difference does it make if we continue this stupidity and don't change ourselves from respecting others? Let's take this example to something as simple as a grilled cheese contest, so maybe we can all understand.

Let's say you like cheddar in yours and someone likes swiss in theirs. Are you seriously gonna punch someone in the face because they're eating a sandwich with cheese that you don't prefer? Are you gonna call someone dumb for saying out loud that they don't like either but prefer one over another? Or just because someone is wearing a shirt with a block of swiss cheese, you're going to spit your chewed up cheddar on them? No, you would probably ignore them, or ask them why they preferred one over another, or maybe even have a mature conversation about cheese.

Everyone in this world has the right to their opinions and luckily we are in a country where freedom of speech is allowed without persecution of government because we have the right to our opinions and the right to speak our mind. Now, that being said... THIS DOES NOT MEAN we should shit on one another's opinions and call them idiots because of differences, this goes under the violation of hate speech.

No matter how different or similar you may be from the person next to you or the person halfway across the world, respect needs to be given. Oh, and someone isn't respecting you, you say? Fuck them. Are you really so insecure about your opinion that you have to stoop to their level to get your point across?

Who's in the office isn't dividing our nation, and that will never be the cause of the issue. The laws, rules, or regulation aren't the problem either. Rules for race, religion, sex and more have come such a long way in the past decades, and there are still plenty more to come. But, with the way our humankind is acting, no change can be made. What's dividing us is the constant need to be offended, the thought that nothing is changing, despite all the change that is happening. Our world and our cultures change so much and so quickly that by the time something catches up, or a law is finally passed, that situation and the original law has nothing to do with what's happening anymore or somehow offends a whole new change.

We're not living in a time where respect is given despite our differences and we're not living in a time where the idea of respect is respected. It's you're wrong, I'm right... even though it's just my opinion. That's not the world we're supposed to be living in, that's not right, and that's not equality. If we are asking for equality and respect of ALL we should at least be giving what we can which is the respect we can all choose to give. Maybe this can lead to more progress in our humankind than we currently have, and better yet everyone can do this. It's not to a certain preference it's up to if you are willing to better our human race.

I'm not saying everyone is acting this way, because I have had a friend for almost two decades, and despite the fact we have so many strong opposing opinions in certain topics, we have been able to remain friends. We're honest with our opinions, can hold a valid argument with real information to back us up, and respect each other's opinions and understand them. While that seems so easy, I've also had friends who won't be friend's with someone with differing political views than them, but then when confronted of the situation state that it doesn't really apply to me, or certain people because we're nothing like what they're describing.

I know people of all extremes of so many different opinions, and when confronted with something they don't know they revert to the point to their ritual argument that has nothing to do with the topic of interest. Majority unknowing of real situations, and only open their eyes to their side of politics or situation on the world which lead them to be unaware of what's happening to this nation and this world.

This was a lot of words just to say that everyone deserves respect but oh well. Bottom line, people of all walks, all colors, all sexes, all sexualities, all identifications, all religions, all cultures, all incomes and anything that makes someone different from another, should be respected for their own opinion. If you can't do that maybe find a way to talk or communicate with someone of a different belief in a respectable way that doesn't embarrass or lower your standards, or simply shut your mouth if your offensive. Simple as that. Feel free to agree to disagree, that is what an opinion all about ;)