It addresses all the concerns that both parties whine about. 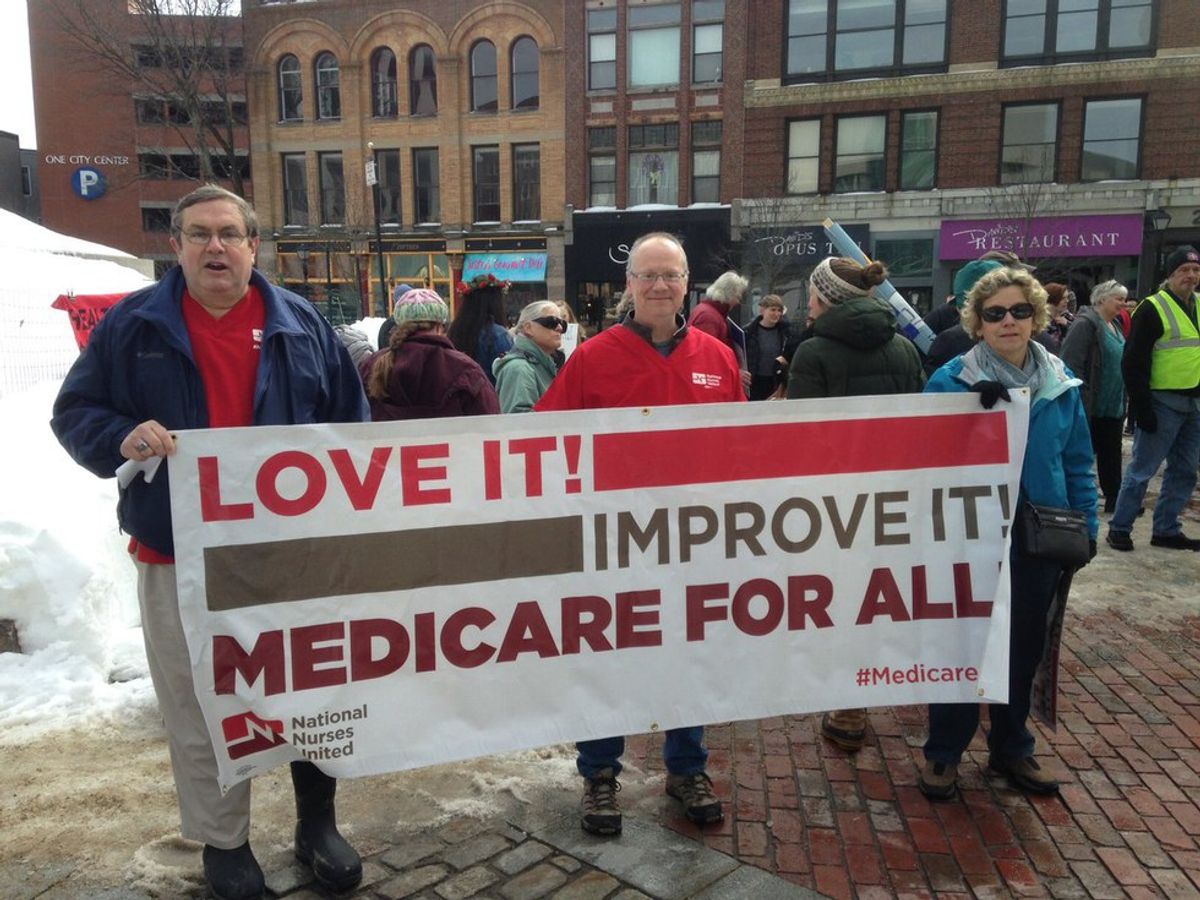 Despite what President Trump has stated, many of us knew that healthcare is a complicated issue. It's no accident that the literature and regulations in the Affordable Care Act, better known as Obamacare, was the size of a couple of Harry Potter novels. There's a lot to go over.

Obamacare is imperfect, this much is clear. For those who make more than 400 percent above the poverty line, insurance premiums are doubling and even tripling. On the flip side, before Obamacare, patients in desperate need of help could be turned away from insurance companies because of a pre-existing condition. In one extreme case, coverage was denied to a four-month-old child for being too fat. Since Obamacare has been passed, the uninsured rate has been brought down to a record low.

But congressional republicans are working with President Trump to repeal and replace the law, sparking endless debate. Here's the breakdown:

Like most people, conservatives are concerned with the rapid increase in insurance premiums. The problem they see is that Obamacare isn't letting the markets go to work. They see the law as too much unnecessary regulation on insurance companies. In some places, competition has become so scarce, people have been forced to choose from only one available insurance plan. Conservatives also think competition can bring the prices down if patients can cross state lines to buy healthcare. All in all, conservatives believe the government is doing more harm than good and would like to see the health insurance markets freer. They are, however, faced with a dilemma of the public's desire to be covered, and the conservatives' desire to get government out of insurance. As conservative journalist Phillip Klein of the Washington Examiner writes:

Republicans are in serious danger of repeating Obama's mistake because they are having a tough time stating a simple truth, which goes something like this: "We don't believe that it is the job of the federal government to guarantee that everybody has health insurance."

Other than the obvious desire to keep Obamacare, liberals, for the most part, want to fix its imperfections too. They want to keep many of the provisions currently in the law such as coverage for pre-existing conditions, Medicaid expansion, and the ability to stay on a parents insurance until the age of 26. They don't believe that the free market will do enough to help people because demand for expensive health services is too inelastic to be in a fair free market. But they acknowledge that Obamacare has major problems, and they're committed to amending it rather than replacing it.

Single payer healthcare addresses both sides concerns and goes even further. Single payer, for those who don't know, is when the government finances all or most healthcare costs. Variations of single payer have been introduced in the past. For example, in the original draft of Obamacare, there was this thing called a public option, which was essentially single payer for anyone who didn't want private insurance.

Those above 400 percent of the poverty line don't receive the Obamacare protection of a 9.3 percent of income cap for healthcare expenses. Because of this, their premiums can keep increasing with no protections against it. In a single payer system, everyone regardless of income will have their healthcare covered.

Because everyone is guaranteed coverage, regulations on private insurance companies will no longer be needed, and the markets will have more freedom to operate however they desire to operate, which can potentially bring down premiums.

Conservatives won't have to worry about people being restricted to the plans in their state because they have guaranteed coverage under the single payer, and a private market with more freedom.

Obviously, liberals wouldn't need to worry about preexisting conditions, Medicaid or insurance eligibility because again, every citizen is guaranteed coverage.

There are many ways to implement single payer as well, it's not set in stone. We could do what Britain does, where the entire country's healthcare system is nationalized by the government. We could do what Canada does, where they have a mix of private and government run hospitals. Or we could try something completely new. For example, economist Warren Mosler proposes a $5,000 voucher to buy private insurance, and then any amount needed after that would just be covered by the government.

The age old question. "How do we pay for this?"

For a long and detailed explanation on how government finances work, click here.

Here's the short explanation. The United States government is the single monopoly issuer of the United States Dollar. Dollars don't exist until the government spends them into existence. Therefore it would be illogical to ask taxpayers to finance a federal health plan, just issue the dollars needed. The question shouldn't be how to pay, but rather how we can make the healthcare policy as effective in its outcomes as possible.

Emmaline B
The Narrative
13715
https://unsplash.com/photos/O0T1SIgHAfM