Why The U.S. Leading The Medal Count In The Olympics Is A Big Deal
Odyssey
CurrentlySwoonLifestyleHealth & WellnessStudent LifeContent InspirationEntertainmentPolitics and ActivismSportsAdulting
About usAdvertiseTermsPrivacyDMCAContact us
® 2023 ODYSSEY
Welcome back
Sign in to comment to your favorite stories, participate in your community and interact with your friends
or
LOG IN WITH FACEBOOK
No account? Create one
Start writing a post
Sports

Why The U.S. Leading The Medal Count In The Olympics Is A Big Deal

Especially in this summer of despair. 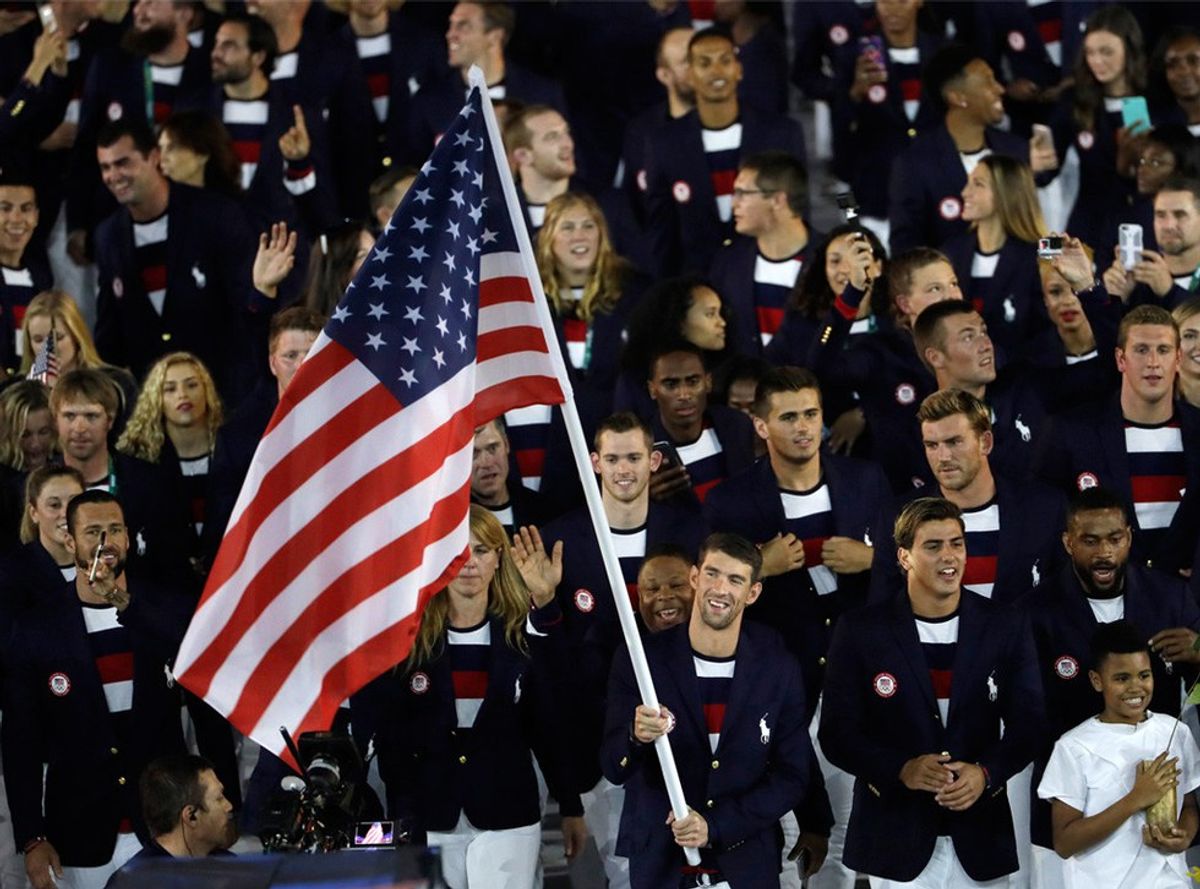 The Olympics is an event like no other. It’s the one time every four years the entire world comes together to celebrate talent, athleticism and the power of human perseverance. Athletes of all sports, backgrounds, races and countries are brought together in a true battle of the best of the best. The notion of the Olympics in Rio was the only thing keeping many people from losing their minds this summer.

It’s been a tough year in the United States, a violent year. The summer has been filled with some of the most heinous crimes a human being could commit against another human being. And the ongoing war between the political parties hasn’t made matters much better.

The nation has been very much divided this summer. People disagree, arguments break out, arguments turn to violence and hateful speech, and it has seemed as though nothing is a “winning” scenario. The rumors of Rio de Janeiro being “unsafe” for the Olympics just seemed like the icing on the crap-cake that was the summer of 2016.

Then, Team USA, with swimmer Michael Phelps carrying the American flag, walked out with gusto at the opening ceremony of the Games of the XXXI Olympiad. Waving, smiling, with a shining sense of pride about them, our athletes were there to show the world what America is really made of.

I don’t know about you all, but I was touched. For the first time in a long time, I felt like we were going to be okay. We just had to hold on to moments like this. Moments where we feel on top of the world; where we know a whole country is standing behind us, rooting for us. Moments where we can all come together for one common goal: To win.

But that’s the whole point. It’s incredible that the United States – or any country for that matter – has talented enough athletes to even compete, let alone place. And to be blunt, the athletes themselves and us as a nation have every right to celebrate. No, winning isn’t everything, but sometimes it helps.

We deserve to feel like “us” again. To feel like the best, be the best and be so extraordinarily happy that we forget – just for a second – the harsh times behind us, and no doubt, the rough times ahead.

If we can rally together to watch a bunch of sporting events, and cheer our country on, we can come together to conquer larger obstacles as well. And I have faith that we will.