Israel Cuts Off Water Supply To Palestine During Ramadan
Odyssey

Israel Cuts Off Water Supply To Palestine During Ramadan

Yet again, Palestinians in the West Bank region will suffer from a water shortage for the rest of summer. 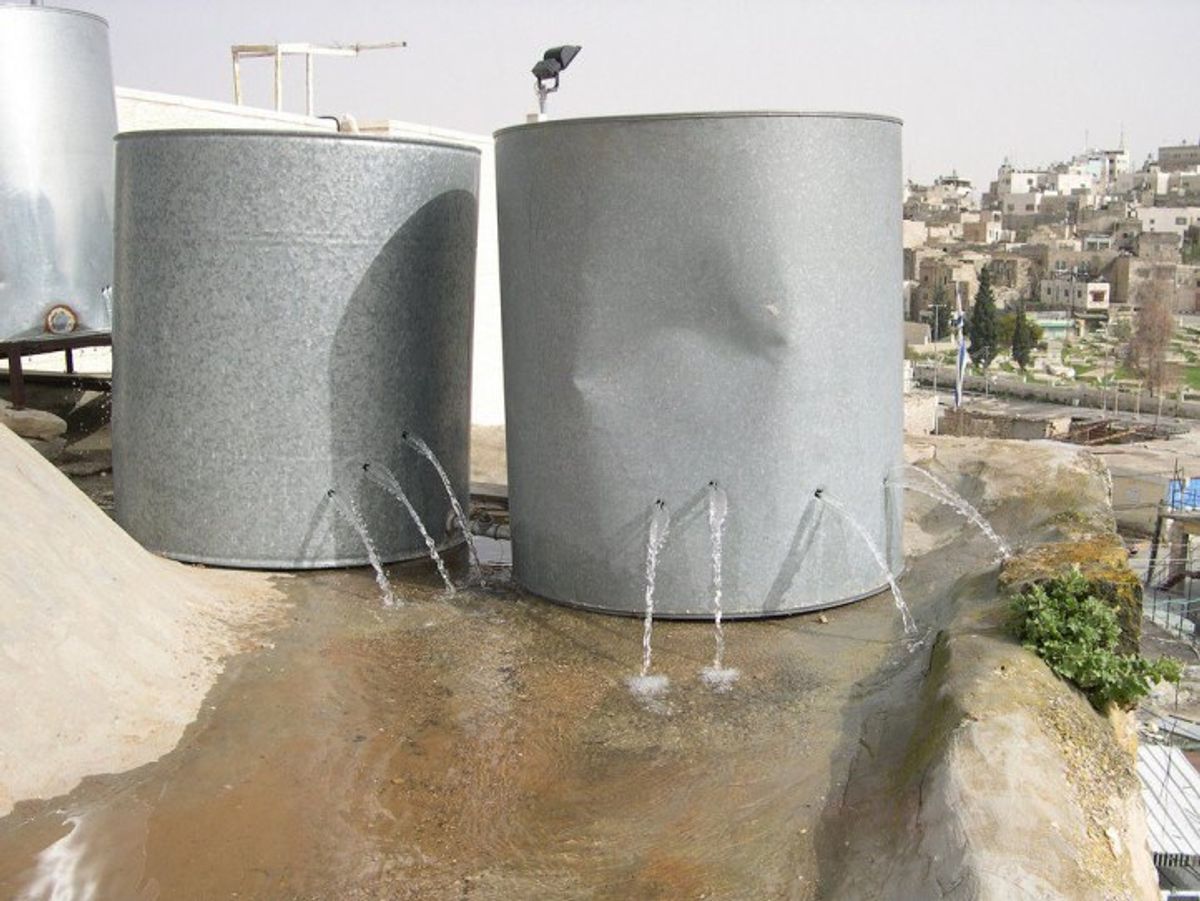 Since early June during the holy month of Ramadan, Israel's national water company, Mekorot, cut off water supply to tens of thousands of Palestinians in the West Bank region. The villages of Marda, Biddya, Jammain, Salfit and Tapuach along with the cities in Salfit and Jenin have all suffered from the water shortage for over a month due to a burst pipe.

Uri Schor, the spokesman of the Israel Water Authority, claims the water shortage is the Palestinian Water Authority's fault for refusing to approve additional infrastructure to replace old pipes in the West Bank. A Palestinian Water Authority official denies the claim, stating: “The pipes do not need to be upgraded. USAID, for example, just finished the new pipeline in Deir Sha'ar to serve the population in Hebron and Bethlehem. Israel needs to increase the pumping rate from the Deir Sha'ar pumping station and more than half a million Palestinian would receive their equitable share."

The Palestinian Water Authority official believes the Israel Water Authority is using water reduction as blackmail, so that the Palestinians will approve Israeli construction projects in the West Bank. On June 16, Palestinian Prime Minister Rami Hamdallah also voiced his suspicions regarding the intent of Israeli authorities.

A comparison of Israeli and Palestinian water records provided by both water authorities reveals conflicting data – with Israeli records marking an increase in water supply to the Nablus and Salfit districts from 2013 to now whereas Palestinian records show a decrease of water supply up to 50 percent per hour in May and June of this year. Of the groundwater that's available, the Palestinian Central Bureau of Statistics and Applied Research Institute Jerusalem note that over 73 percent of West Bank families live in regions contaminated with wastewater containing high levels of toxic substances, such as chloride, arsenic, cadmium, mercury and lead. This further increases Palestinian dependency on Israel for water.

Under the Oslo Accords, which officially terminated in 1999, Israel has and still continues to retain ultimate control over the West Bank's water sources and has access to 80 percent of the water from the West Bank's Mountain Aquifer, while the remainder is left for the Palestinians. Israeli water companies have no set limit to the volume of water they can take, but Palestinian authorities are allowed only 118 million cubic meters from wells and 70 to 80 million cubic meters from drilling.

A five-year agreement known as the Oslo II Interim Agreement was enacted in 1995 and outlined fairer water sharing agreements between Israel and Palestine. However, in 1967, Israel disregarded the contract and seized control of Palestinian water resources along the eastern border of the West Bank, the Mountain Aquifer and access to the Jordan River. Palestinians have limited access to spring water as well. In 2012, according to the United Nation's Office for the Coordination of Humanitarian Affairs, out of the total of 56 water springs in the West Bank, 30 have been completely taken over by Israeli settlers, while the other 26 are at risk of being taken over due to heavy patrols and settler “tours."

Although the Israeli Civil Administration acknowledges that 84 percent of the springs are located on land privately owned by Palestinians, over 74 percent of the springs have undergone illegal “tourist attraction" development, and Palestinians are prevented from accessing three-quarters of the overtaken springs by acts of intimidation, threats and physical obstructions. The World Bank's 2009 report reveals that Palestinians are unable to properly develop and maintain water infrastructure due to tight restrictions under the Israeli permit regime. Only 56 percent of Palestinian water projects (compared to the near 100 percent approval rate for Israeli projects) were granted permits by the Joint Water Committee in which Israel holds the veto power to overrule.

Israel's domination over water resources in the West Bank constrains Palestinians from meeting their own needs and forces them to suffer from water shortages every summer, year after year. An equitable split in governing authority over infrastructure, property and water supply may be the solution to ending this discriminatory water apartheid for good.