I'm Tired Of All Things Colin Kaepernick - Aren't You?
Odyssey
CurrentlySwoonLifestyleHealth & WellnessStudent LifeContent InspirationEntertainmentPolitics and ActivismSportsAdulting
About usAdvertiseTermsPrivacyDMCAContact us
® 2023 ODYSSEY
Welcome back
Sign in to comment to your favorite stories, participate in your community and interact with your friends
or
LOG IN WITH FACEBOOK
No account? Create one
Start writing a post
Sports

I'm Tired Of All Things Colin Kaepernick - Aren't You?

You can't be an average employee and take controversial stands and then expect someone to hire you. 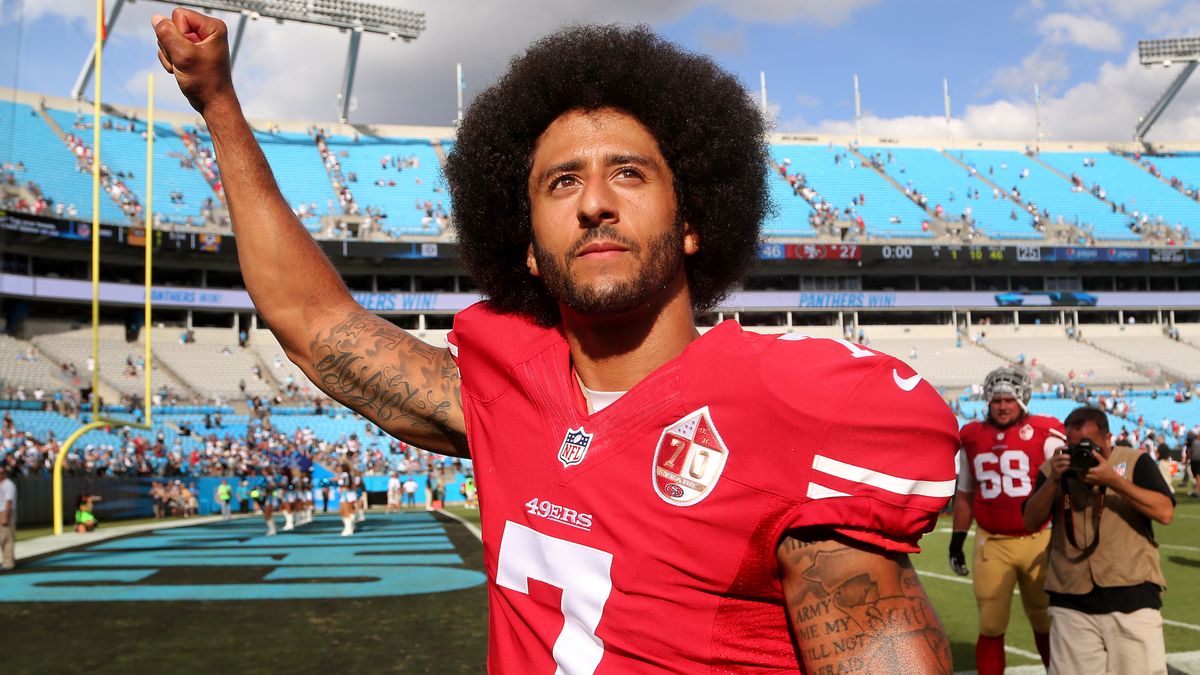 This article isn't about racism. I'm not a racist. I've always looked at people through one lens...and that's the lens of Christianity. Here's what I mean: If I'm a Christian (and I am) then I believe that Jesus died for my sins. Not just MY sins though...EVERYBODY'S sins. With that being the case, then I can never think that I'm better than someone else...regardless of their race, gender, sexual orientation, or any other factor...because there's no one Jesus didn't die for and, to me, that makes us all the same.

Now that I got that out of the way, let me explain why I'm tired of all things Colin Kaepernick.

By comparison, Colin Kaepernick is, at best, an average NFL quarterback. No one can argue otherwise. There's no evidence that places him in the "elite" quarterback category. None.

Keeping in mind that Kaepernick is average at best, check out this advice I used to give my high school baseball players. I used to tell them that most of them would not get the opportunity to play college baseball (only about 6% of graduating high school seniors get baseball scholarships each year), but if they wanted that opportunity and weren't especially talented (as most people aren't) then they had to do something to get themselves noticed. Specifically, I meant to play with passion, hustle, be a great teammate...all things that college coaches look for in a player. I told them that they could take themselves out of the "average" pool and into the "got to have that guy" pool purely on effort and actions. However, I said that certain actions (bad attitude, no hustle, throwing equipment, bad body language) could take them from the "average" pool and put them into the "I don't want that guy" pool.

By kneeling for the "Star Spangled Banner", Colin Kaepernick created a firestorm of controversy. Yes, he was ABSOLUTELY within his rights to do what he did. This article isn't about that either. I'm aware that this is America and we have the right to do and say anything we want. I'm not trying to deny him his rights. I always find it funny that people say they have the right to say what they want, but when someone disagrees with what they say, they claim their freedom of speech is being violated somehow. No, I'm just exercising MY freedom speech and disagreeing with you.

Anyway, Kaepernick didn't stop at the kneeling though. He proceeded to wear a Fidel Castro shirt while speaking out on oppression which, to me, is like wearing a Hank Aaron shirt and speaking out against home runs.

Then he wore socks depicting police as pigs.

So, essentially, he took himself out of the larger pool of average NFL quarterbacks and put himself into either the "I have to have this guy" or the "I don't want that guy" pool. From all appearances, he's now in the "I don't want that guy" pool. It's an ability issue. It's not a race issue. Imagine if Cam Newton (for all the crap he catches...some merited, some not) knelt for the national anthem and got released by the Panthers this year. Do you think that no team would sign him next off-season? If you do, you're not exactly in touch with how important winning is. Cam Newton is an "elite" NFL quarterback (okay, not last year) and I have NO DOUBT that a team would sign him should he pull the same stunts that Kaepernick pulled. If you doubt me, consider that Terrell Owens, a notoriously bad teammate and distraction, but one of the greatest wide receivers in NFL history, kept getting job after job. Ray Lewis was charged with murder and he kept his job. Do you know why? Because he's one of the greatest linebackers ever. They were "worth" the trouble and/or distractions they brought because they were immensely talented. Kaepernick is not immensely talented.

So, dear sensational media, stop with the bleeding heart stuff for Kaepernick. He chose to stand up for what he believes in and that's awesome. However, sometimes doing that very thing makes you unemployable. No NFL team wants to deal with the media circus that's sure to come with a Kaepernick signing for a backup quarterback. It's just not worth that.

Add to the fact that most Americans, and probably a lot of NFL players, disagree with Kaepernick's stance and you have a troubled locker room. No NFL team wants that.

I salute Kaepernick for standing up for what he believes in. The world would be a much more interesting place if more people did that. I don't know of anyone who has ripped him for standing up for his beliefs. I do, however, know a lot of people who disagree with his method and with his general protest. Everyone should take a moment to consider the actual facts behind what Kaepernick is saying...not OPINIONS, but FACTS. Here are some numbers.

But, if all of that...the protest, the kneeling, the Castro shirt, the pig socks...wasn't enough, Kaepernick went and put a cherry on top of that sundae last week when he tweeted out a comparison between modern day police and slave catchers. Really, Colin? Was there ever an instance in history where an African American called a slave catcher? I doubt it. However, I'll bet there are lots of African Americans, and people of all other races, who call the police each day. But I guess that point doesn't matter to Kap.

I said all of that to say this: Colin Kaepernick doesn't have a job because he's not talented enough to merit being put on a team knowing all of the distractions that will come with it. As Clay Travis of outkickthecoverage.com pointed out today, "everyone else who joined Kaepernick in his protest is now on an NFL roster. Every single other player that took a knee! NFL teams made the decision that those players had talents that outweighed their problems. The same wasn’t true for Kap. Fair or foul, our standard of behavior for a quarterback, as the leader of a team, is different than our standard of behavior for every other position on the field."

It's really that simple.