The Curse of The Ring 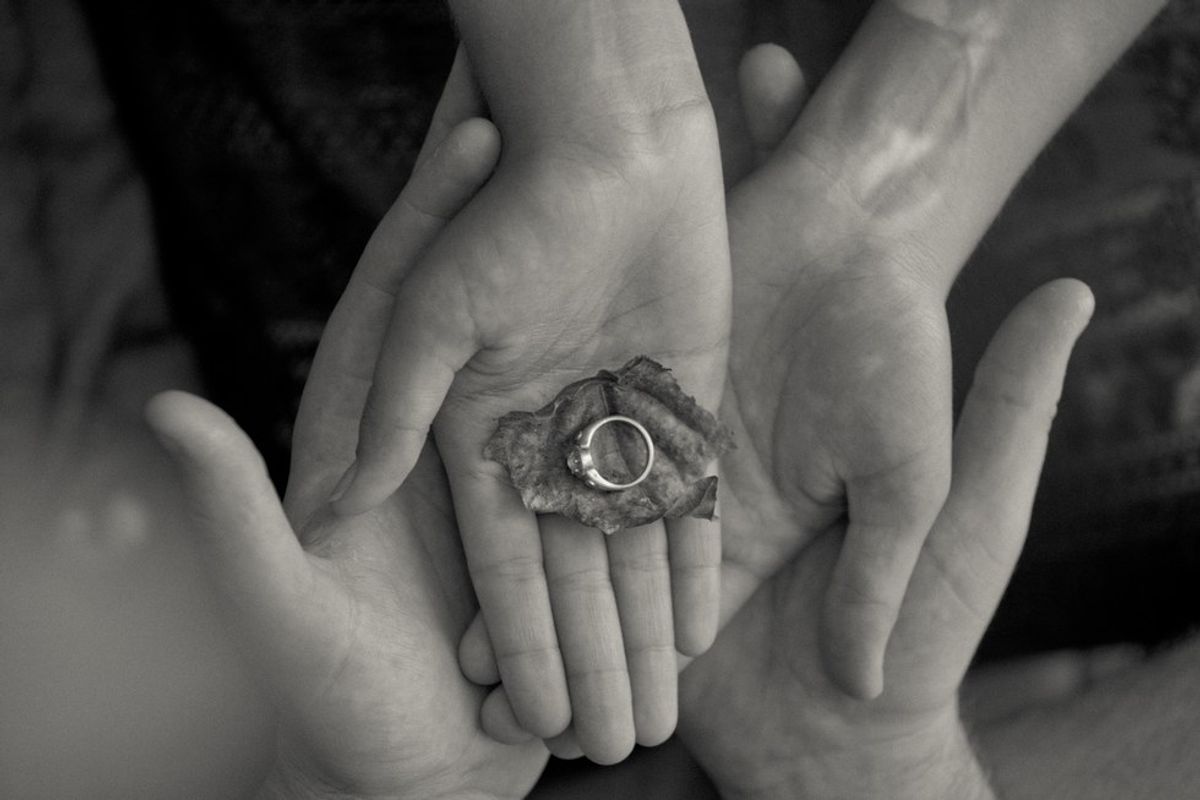 Job interviews are about as stressful as the Samuel Beckett play Waiting for Godot is anxiety-inducing. (Where the heck is Godot? Who the heck is Godot? What’s with all the amnesia?!), In order to prepare for an interview, most of us like to get a word of advice or two from the people and sources we trust. However, in a recent post by Bruce Hurwitz on LinkedIn, the job recruiter and career counselor points out the inequities to be found in the job-interviewing process. Namely, the possibility that a woman’s engagement ring may be a red flag to some employers. Now, while I know his article may have been seen as quite insensitive (actually, it was very insensitive), but I think Hurwitz has brought up a very important and very disturbing truth in today’s employment practices. We hear a lot about the efforts to combat job discrimination while actually holding a job, but what about before the job? While I certainly don’t agree with gauging a woman’s employment viability on the size of her rock, I do think that there are plenty of employers out there who do, unfortunately. So instead of shooting the messenger, I think we should be focusing on the sender.

It’s Not the Size That Matters

Hurwitz claimed that some interviewers may see the size of a woman’s ring as ‘distracting.’ Well, if something as small as a pear-cut diamond (or even the ‘Hope Diamond’ that Hurwitz cites in his post) is distracting to the interviewer, then maybe you don’t want to work for that employer or, at the very least, stay in the same room as the interviewer. It’s rather juvenile to get distracted by something as commonplace as a diamond engagement ring, and even if it is large and shiny, your future boss is not a bird and therefore it should not be a glaring issue. The post also suggests that the size of the diamond may wreak havoc with the homeostasis maintained between female workers. There are many, many, many things wrong with this statement, but I think I’ll tackle the most distressing of them all: women are not animals. They are not petty, jealous creatures liable to start a break room brawl over something as insignificant as a ring. This is, to say the least, one of the oldest prejudices held against women, the kind that when you open a 19th century novel, you find it halfway through the first chapter. If a job interviewer or employer actually hangs on to this centuries-old belief, then they certainly don’t deserve an employee as capable as you. There’s also the third diamond-size related issue that Hurwitz conjures up: the size of the ring may be directly correlated to the amount of ‘maintenance’ a woman requires. See, to me, there are many objects that come to mind when ‘maintenance’ is brought into a conversation: washing machines, car engines, beta fish, potted cacti. Not women, though. To think that a large diamond signals a ‘high maintenance’-sort-of-woman turns my stomach. Traditionally, it is the person who asks for another’s hand in marriage to proffer the ring, not the wearer’s. Even if a woman did pick her own ring, it’s not an indicator of her personality. That aside, though, the size of the diamond, as well as the marital status of the interviewee, is none of the interviewer’s business when it comes down to it. Whether or not you have a ring on your finger, the whole focus of the interview should be on your strengths and what you can offer the employer, rather than your taste in jewelry.

Hurwitz also raises one of the most disturbing problems both women and men face in the workplace: sexual harassment. He brings up the point that an engagement ring is a symbol of lasting fidelity, the promise that one will always and forever be linked to the person they love. By wearing the ring, an attracted interviewer may be more prone to say ‘no’ to this hopeful interviewee. Which, in my opinion, is good. Firstly, why would anyone want to conduct an interview with an interviewer who isn’t even remotely interested in what they have to offer, besides romance? Secondly, your ‘availability in the dating market’ shouldn’t cost you any job opportunities. You are there to work, earn money, and begin a career, if you so wish. Not to end up with a dinner date. Thirdly and lastly, the interviewer should know that, they are representing the company that’s looking to hire. An interviewer who’s trying to hit on a potential employee makes the wrong sort of impression. It’s a two-way street: you are the dedicated employer looking to work for an amazing company that values you as an employee. No one wants to work for an establishment that allows its employees to be harassed by their superiors.

“The Car I’m Driving? I Bought It”

Engaged and/or married women looking for a job have to channel their inner Destiny’s Child as they sang about women’s independence. You are worth more than the ring on your finger, and just because you’ve pledged yourself to someone you love, you shouldn’t have to give up your rights as both a possible employee and human being. Discrimination shouldn’t be something women have to deal with when pursuing a career, but it does exist, and if it centers around something as commonplace as a wedding band, then my own advice would be to steer clear of that employer. Marital status is something you choose, and it shouldn’t bother anyone else that you’re wearing a large diamond on your finger. Yes, you are a woman; yes, you are married; but no, it shouldn’t define your skills as a worker. So next time your interviewer decides that you’re just not right because your engagement ring is too large, maybe you should ask whether or not the company is the right fit for you (and maybe contact the interviewer’s own boss).