15 Kinds Of Ice Cream From Around The World

15 Kinds Of Ice Cream From Around The World

Countries have their own creative twists! 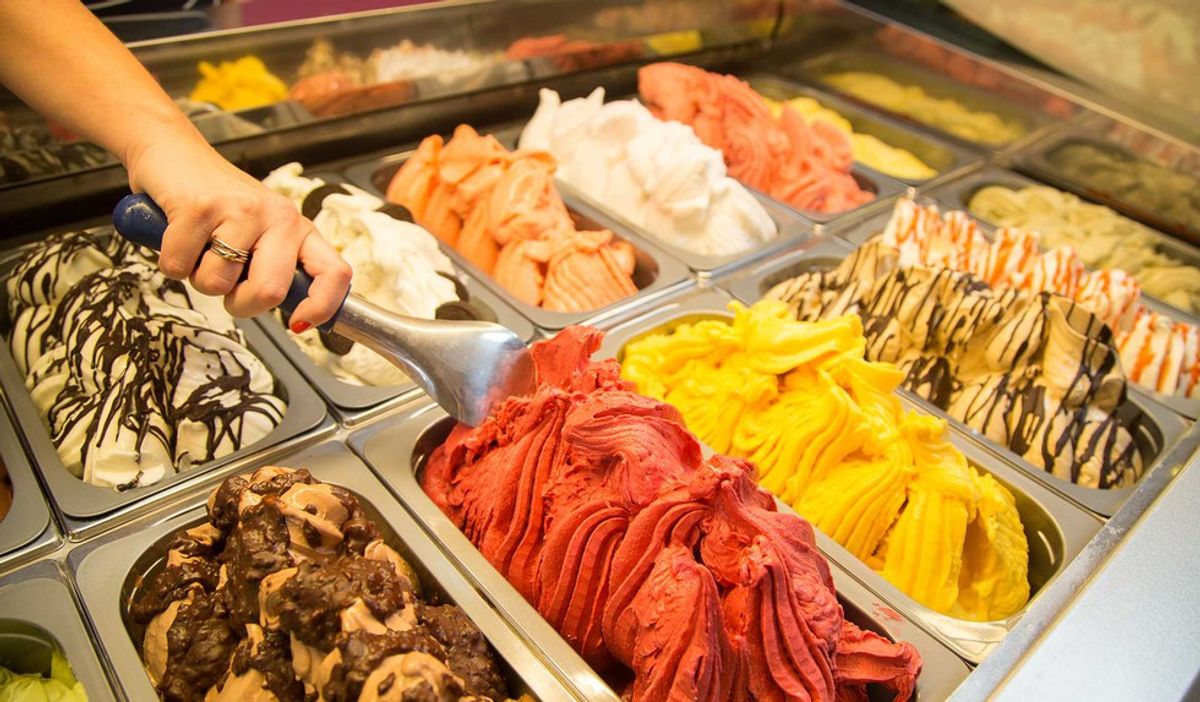 Who doesn't love ice cream? People from all over the world enjoy the frozen dessert, but different countries have their own twists on the classic treat.

Gelato, perhaps one of the best-known varieties of ice cream from around the world, has less fat, more sugar and less air than other frozen desserts.

In Turkey, dondurma’s elastic and stretchy texture and resistance to melting make it extremely popular with street vendors, who play with the ice cream before serving it to customers.

The small ball is actually ice cream in the middle surrounded by a sticky rice cake.

The Israeli treat is made with sesame flavored halva, a compact honey-like candy, which is popular across the Middle East and Asia.

Germany’s take on the dessert is a spin on a dish of spaghetti: vanilla ice cream is run through a pasta maker to mimic spaghetti, strawberry sauce is drizzled on top to mimic tomato sauce and coconut flakes, shredded almonds or white chocolate is used to mimic the Parmesan cheese.

Paletas are extremely similar to popsicles, except that they must contain fresh fruit to be classified as such.

Kulfi is similar to ice cream, though its increased density and creaminess allows it to be molded and served on a popsicle stick and topped with pistachios.

Thailand’s i tim pad, which is often sold by street vendors, is the rolled ice cream that has become a novelty dessert here in America.

Though supposedly invented in the United States, fried ice cream has become popular in Asia, and the Chinese version uses ice cream flavors like green tea and red bean, fried in a tempura batter.

Greek ice cream is a mix of gelato and dondurma, which makes sense considering its location in relation to Italy and Turkey.

Although it sounds like it, the Filipino dessert is not sorbet. It is cheese-flavored ice cream made with coconut milk and served in a bread bun.

The cone, made with crushed corn, resembles a churro, and ice cream is served on both ends of the J-shaped cone.

The U.S., Canada, U.K., Ireland, Australia and New Zealand have everything that you can imagine. Just think of all the varieties we have: the typical hard ice cream, frozen yogurt, Dippin’ Dots, soft serve, sorbet, Italian ice, custard ice cream, sherbet, snow cones, ice pops, milkshakes, ice cream cookie sandwiches and those skinny ice pop things in the plastic that you have to cut and no one knows the name of it, but you know exactly what I’m talking about.

Madison Franz
The Narrative
1111986
Photo by Brooke Cagle on Unsplash

Madison Franz
The Narrative
651751
Photo by Manny Moreno on Unsplash