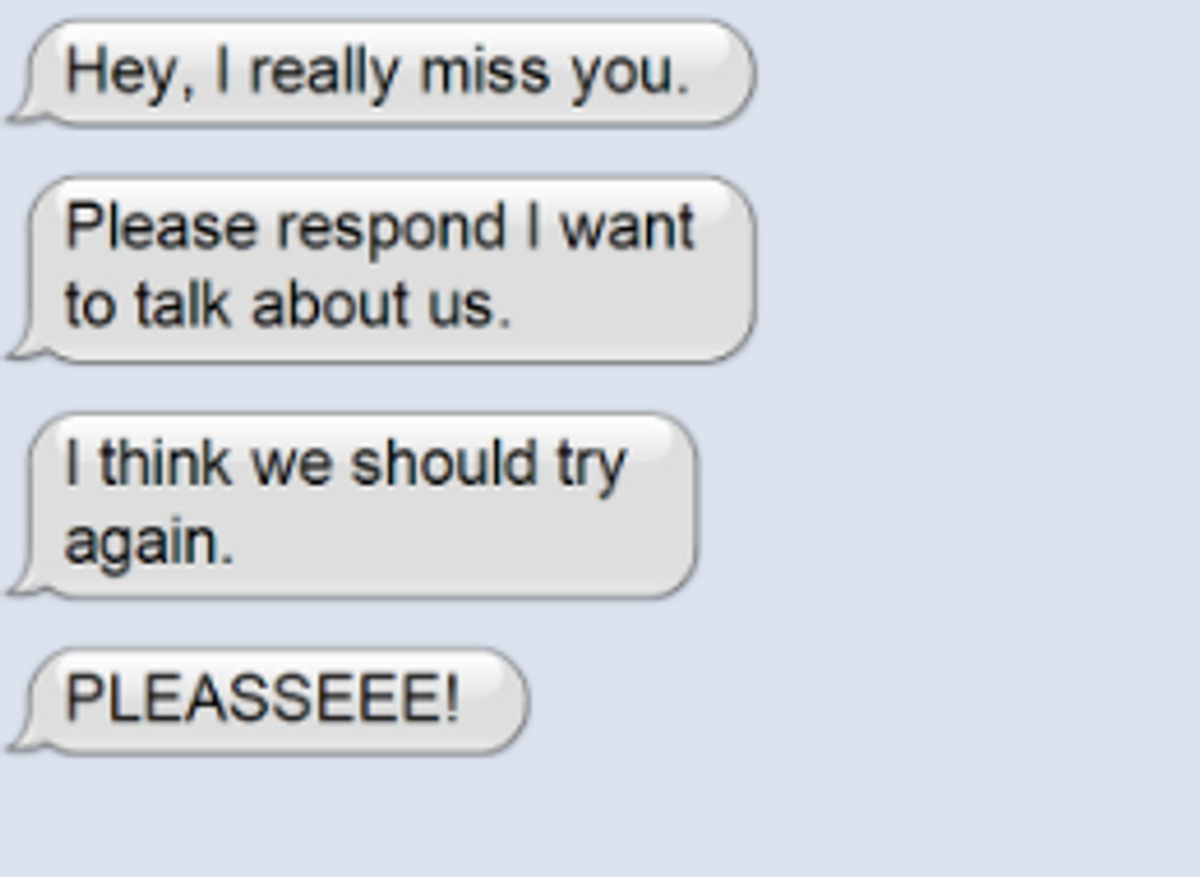 If only guys knew what went through a girl’s mind when the girl “catches the feels” for the boy. Let me tell you, it is a very, I mean very complex thought process that no boy could possibly ever grasp. Here are some common scenarios that may have happened to you if you’ve ever battled between whether your guy is a horrible texter, or maybe just does not have those same “feels” and yearning desire to talk to you like you do.

1. A boy who is a “bad texter” will eventually always respond.

You’re beating yourself up over why he hasn’t texted you back. Your current thoughts probably consist of “what is his doing?” “who possibly can go five minutes without checking their phone?” Calm down for a second now, and think; If he really wants to talk then he will. He’s most likely not mad at you, and in the end, he will hit you with the classic lines of excuses for his lacking of miscommunication: “Sorry, I fell asleep/lost my phone/phone died.” A boy who doesn’t really have interest in you will most of the time straight up ignore you and hope you get the memo.

2. Differentiating between “k” and one word answers can be hard.

Oh no, he responded the worst letter anyone could possibly ever text, the “K.” Don’t get paranoid, boys typically don’t plan out what their going to text anyone (girls, we’ve definitely all “k’d” a boy at some point, admit it). One word answers such as “nice”, “yeah” or “cool” aren’t always sarcastic too. I know, it is difficult dealing with a bland texter. The best way handle it, is to put aside the fact that he may be the most uninteresting person to talk to over text, but think about what kind of meaningful conversations you have in person before you jump the gun and lose all hope.

3. Guys do not spend every waking second on their phones like girl do.

Girls often forget that boys don’t pay too much attention to their phones unless they are checking ESPN and Group Me notifications which pop up every five seconds. Also, the “Do Not Disturb” option is almost widely used by iPhone users who hate when their phone is constantly being blown up by notifications and message, and in some cases drunk girls who are calling and texting every few minutes. If you are important to him, he will get back to your text maybe not within in the second of receiving you text but, eventually. If he is still texting you to hang out and it’s not 1 am, that’s probably a good thing and you’re doing something right. As long as you’ve totally deciphered he’s an awful communicator via text, and he still shows he is into you you’ll be just fine.

4. Try to limit the number of messages you send him before he responds back.

Anyone, not just guys, do not like being bombarded with texts over the hours before they have the chance to respond back. As I said earlier, if the guy shows little interest in talking to you and does not ever gesture the first move in the conversation, he will most likely blow you off and not respond to anything you send him first. It sucks, but you’ll just look even more annoying and clingy if you text him several times knowing there is a high chance of disappointment, and he will send you something with the embedded message to stop bothering him, or better yet, never respond back to you. If you have to text someone over three times to get their attention over multiple hours, or go out of your way to send something they should be responding to and they don’t, just stop.

Honestly, the read receipt option can make or break a conversation. Have you ever sent something important or serious to someone who has read receipts on and they read it and do not respond? I know I have. As someone who does not use their read receipts, it is definitely frustrating looking down at that recently read message and timestamp awaiting for the speech bubble to start moving for a while the other person is typing their response. If you are sending texts to a guy who has their reads on, and you find yourself continuously sending messages that are being read and not responded to; this is another red flag of maybe he’s not a bad texter, he’s just not into you.