How Real Anxiety Can Be
Odyssey

How Real Anxiety Can Be

We all feel differently. Doesn't it make sense that it would show too? 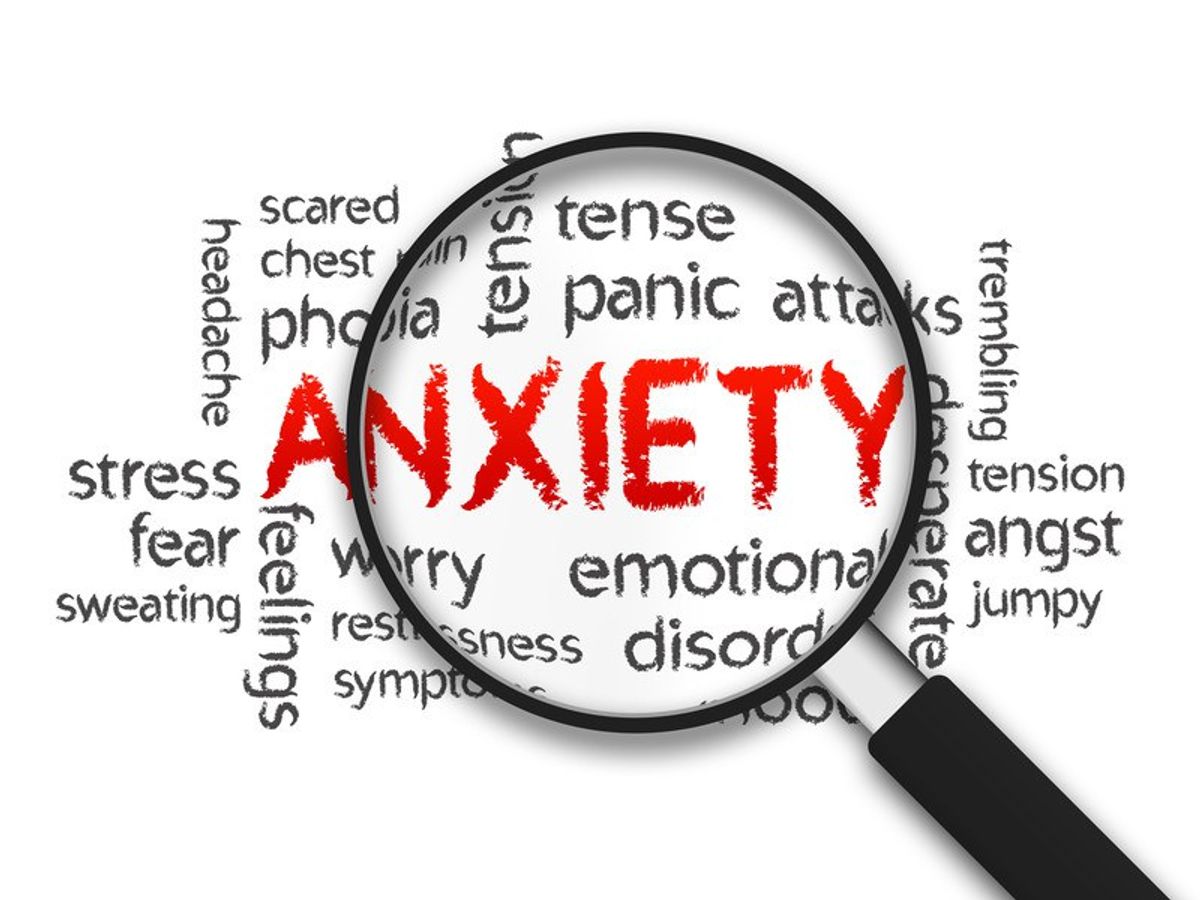 A few years ago, I used to be one of those people who thought that anxiety was merely the manifestation of a whiny person's "first world problems".

I know that sounds harsh and mean, especially given how much awareness has been raised about it since then, but think back about a decade ago. Remember Britney Spears' Infamous 2007 Breakdown? How many people said she was acting crazy versus the ones who defended her anxiety? Years ago, it seemed like if our parents could keep it together while growing up then there's no excuse for us not to.

Unlike today, where acceptance and support is the norm, having anxiety used to be pretty taboo and sometimes considered synonymous with hysterics. You know, a wildly emotional and exaggerated reaction.

Millennials, I think, are generally more open minded than any other generation. Even teens growing up in the 70's kept some reservations but teens today? It's not so common to find the kind of machismo or prejudice in a young person today that previous generations were known for.

Anxiety isn't new. People are just realizing it's always been there.

I am one of them. I am only beginning to learn what it is and how it can affect just about every aspect of your life. I used to think that it was basically a myth and that a person can always retain control of themselves if they want to. They just have to try, I thought. Then I grew up a little and figured well, maybe anxiety is the feeling of being overwhelmed when you're under too much stress. To an extent, that's true but now that I'm older, I realize that is can go well beyond that.

I've seen a person randomly turn paler and have to leave the room to breathe during an anxiety attack. I've seen them burst into tears over something trivial or throw a fit when something goes wrong. A few years ago, society might have labeled that person as a spoiled brat but today, we recognize this behavior as indicating the problem is something much deeper than that.

It might seem random to bystanders but that person, if suffering from anxiety, has a legitimate, invisible trigger that we know nothing about. It's hard to imagine how someone can go from one second of normalcy to grasping for breath the next without any visible injury or incident to explain it. It's a lot like an invisible monster just hanging around, sneaking up on people when triggered.

Like most people, I experience that feeling of being overwhelmed when I'm overworked or too stressed out. I sometimes feel anxiety over other aspects of my life, like the future or personal struggles, but I know that it's normal and can even be healthy. It can be the motivation to take a day off, to change up certain things, or to self reflect. I don't have those awful anxiety attacks that cause the people I love to have to leave the room suddenly but I no longer think that everyone is the same.

People aren't weak, acting, or crazy if they aren't alright 100% of the time, just like the rest of us aren't any different when we too feel overwhelmed.

We all feel differently. Doesn't it make sense that it would show too?

Caitlin Marie Grimes
University of South Florida
1370
Beyond The States