We Must Hold Trump Accountable — Starting With Twitter
Odyssey

Quit making excuses for the racist orange tweeting from the oval office. 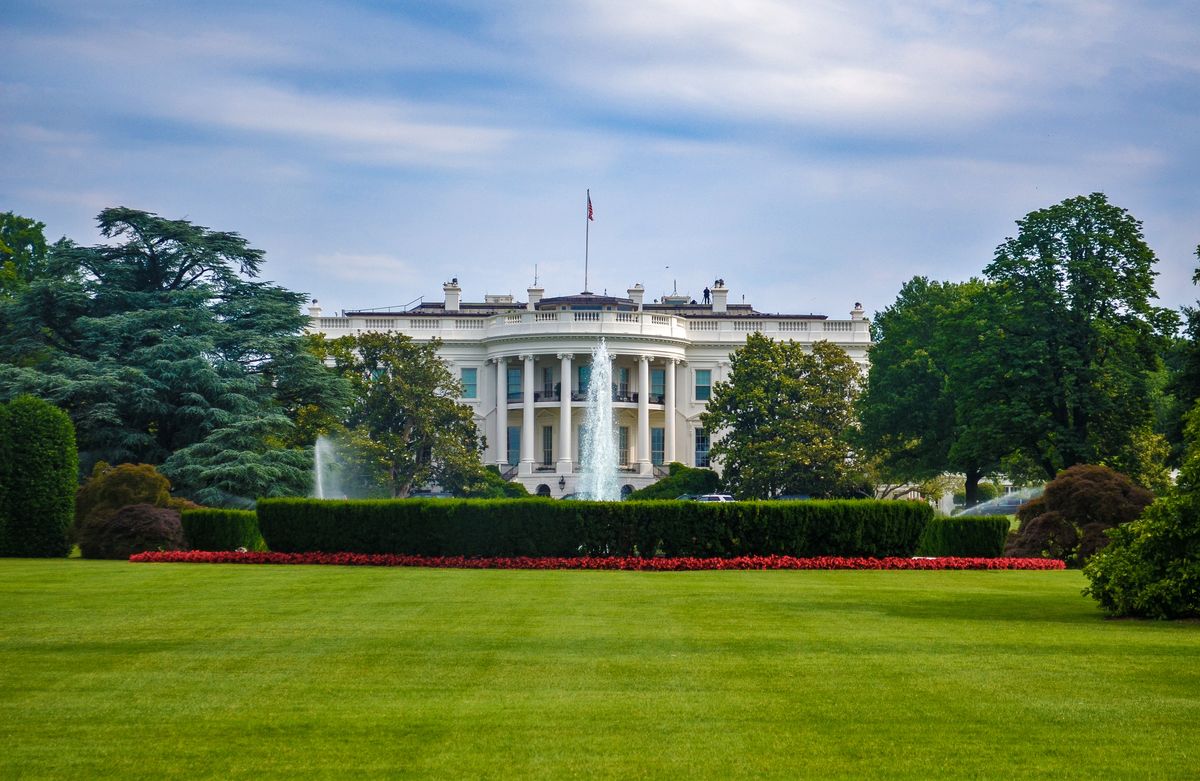 In my living room a few days ago, I brought up Trump's most controversial two tweets we've seen in the past week or so, all related to the nuclear talks (or twitter arguments) between Trump and North Korea. My mom told me to keep my voice down, as to avoid worrying my little brother.

North Korea shared in a statement for New Year's that, "[They] have secured powerful deterrence against the nuclear threat from the US. The US cannot declare war against us. The entire US territories are within our firing range and the nuclear missile button is right there on my desk."

And of course Donald Trump can't find even a shred of diplomacy or maturity for that matter to simply ignore or professionally address the statement, so he tweeted this: "North Korean Leader Kim Jong Un just stated that the “Nuclear Button is on his desk at all times.” Will someone from his depleted and food-starved regime please inform him that I too have a Nuclear Button, but it is a much bigger & more powerful one than his, and my Button works!"

On first examination, we can see this is an argument over who's button is bigger. But it's entirely one-sided and just Trump trying to boost his own button ego. Sounds like children arguing over who's toy truck is bigger in the sandbox on the playground if you ask me. And sounds like something far from the necessary diplomacy to address global conflict. But what more did we expect from him?

But back to my living room. My mom talked to me all about living during the 80s and the Cold War as a kid, and how there was so much fear. And I feel as though it's important, because of that, to talk about how our president is acting, the immense double-standards we've seen in the last decade, and how things that are worthy of incredible fear are being talked about on Twitter. I'm just left perplexed every day as to why we aren't holding our president to a higher standard.

Firstly, when a president tweets, it should be considered something we're lucky to see. A president's ability to speak to so much of the world is a privilege. It is, therefore, a privilege he is abusing.

I read one Twitter user's perspective about Trump on Twitter, and it was one of nostalgia that I resonated with greatly. They said that reading tweets from Obama and other past presidents, and all kinds of officials, brought a sense of formality, professionalism, and action. The way I see it, reading tweets from Trump feels like reading some misinformed Facebook rant by a crazy relative or former classmate — not only stupid and a waste of time, but completely the opposite of presidential.

If this were Former President Barack Obama tweeting angrily about his button being bigger than North Korea's button for nukes, not only would the Republican party be going absolutely crazy with their attacks on him, his family, his actions, but he'd be seen as illegitimate, unprofessional, and crazy.

And when it comes to these nuclear buttons, we shouldn't be tweeting about them. Our abilities, our conflicts, and our international disagreements and conflicts should not be taking the stage through Twitter. How about a press briefing, a phone call, or a form of professionalism that would comfort the American people?

Well no, we can't have that sort of thing, because we have Donald Trump. And he's invincible, he speaks his mind, and he says what he wants to say with no filter. He's going to drain the swamp, he's not a politician, and he and his spontaneous fingers tapping away at Twitter from his desk with the nuclear button all cozy next to him are going to absolutely save us.

But in times like these, I wonder how many people truly yearn for the politicians they usually complain about. Wouldn't we like a taste of the truth, a taste of professionalism, and a taste of something presidential?

And in times like these that continue to challenge and try us, we're becoming more fearful. For a while and even still, we like to say that we have nothing to worry about and nothing will actually amount from any of this. In my living room that's what my dad said. But in the grand scheme of things, even if the nuclear buttons aren't pressed and the tweets don't amount to anything but laughter our grandchildren will have over their history books someday, isn't it frightening that someone who we are supposed to trust so passionately with our lives, our patriotism, and our future thinks it's okay to behave this way and talk so callously about extremely serious international issues?

It should be absolutely alarming to everyone. And it's not something we can just wait for in the next election, or forget about. We can't just keep changing the channel on the news when things are upsetting. We have to keep wondering, questioning, protesting, and calling out his behavior. Because here's the truth — we all thought Hillary would win. We never expected Trump to ever get past the primaries. And now he has our lives in his hands, and we're sitting here idle hoping he doesn't cause enough damage to really hurt us personally until the 2020 election.

Hillary never wanted to go to the inauguration. She's spoken about it in interviews. Who would in that situation? But what she said that has made me think hard about the state of our country is something profound. Hillary said that we have to want him to succeed. We cannot wish that he'll fail because he has the country and our lives in his hands.

And as much as I would like to jump quickly into 2020 where Democrats win, none of our elected officials deny climate change, and we aren't arguing with North Korea over Twitter and skip over this entire mess unharmed, he's got a long way to go. I can't sit here and call myself a productive citizen if I'm hoping his legacy is one of utter garbage. Because to fight for the lives of minorities, families, women, children, and someday my children, I must speak up, I must correct him, and I must urge him to leave a legacy of some productivity. Politically, it makes no sense. But human-to-human, it does.

So for that reason, we can't keep letting go of his flaws. We can't just laugh off the ignorant tweets and the hate and controversy that comes from his mouth and his office. We have to bring attention back to what he's doing wrong in hopes that he'll fix it and he'll hear us. We have to speak up, reign him in, and quit tolerating the bad behavior that is his administration. We cannot accept a political realm that is seen through the lens of Twitter and passive aggressive tweets from our world leaders. We owe it to our children to cry out, hold our leaders accountable, and quit making excuses for Mr. Trump.

It's time we remind ourselves that this isn't normal, this isn't okay, and we can't just let it be some disgusting background noise in our overall political culture. Turn the volume up, call him out, and do what you can to ensure our nation succeeds. Tell Trump he's wrong (don't be offended if he blocks you on Twitter), tell your representatives what you deserve in your leaders, and never go easy on the orange man in the oval office — force him to be better, so we'll all be better off at the end of this.