An Analysis Of Heart Of Darkness

A Hobbesian Analysis Part 2: "Heart Of Darkness Character," Kurtz, Reflects The Falsification Of The Supposed Goodness Within Us All

Psst... go read the first part before jumping down here! 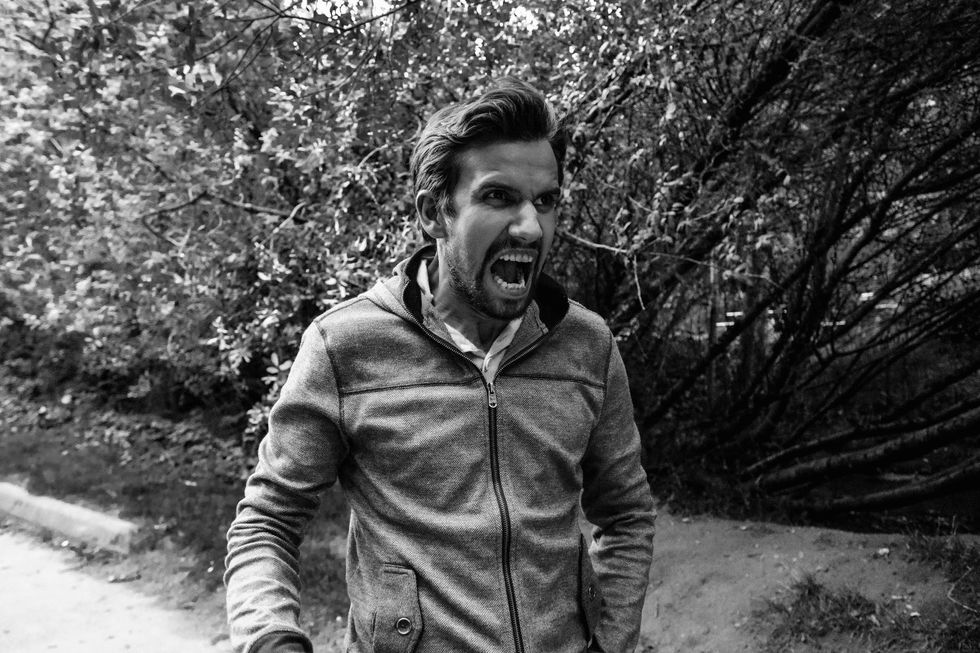 Before reading the continuation, check out part one of my Hobbesian analysis of Conrad's "Heart of Darkness."

When Marlow finally meets Kurtz, the object of his idealization and a relic in the imperialist society based in Africa, he is brought into contact with Kurtz's possessive nature . To Kurtz, an object of his desire is also, quite literally, his. He relishes "my [his] Intended, my ivory, my station" and "my river," for in his mind, "everything belonged to him" . As by the words of Thomas Hobbes, mankind is motivated by self-interest . Man is not a benevolent, but rather, a "selfish hedonist" who considers an object of his desire to be an object in his possession. There is no "we" or "us," only "my" .

Additionally, Kurtz's character exemplifies the awareness of human self-interest in others, yet not in himself . When Kurtz falls severely ill, he goes in and out of conscious, spitefully yelling out to his manager, "Save me!...Save the ivory, you mean!" . He assumes his manager cares nothing for him and only cares for the profit of the company, which ends up being true . This again illustrates the notion that no deed is done out of the goodness of one's heart as the manager simply cares care for the profit of the company and not for the welfare of Kurtz .

Kurtz's lover, the Intended, is a naive woman because she foolishly believes that a man will care for his fellow neighbor out of the love in his heart. She describes Kurtz as a man "who drew men towards him by what was best in them" to Marlow; she emphasizes the fact that Kurtz's men were drawn to Kurtz because he was powerful, wise, and gifted . Her naiveness misleads her because Kurtz's men may care for Kurtz's gifts in persuasion and holding power, but it is not because they wish to serve Kurtz. Rather, his men care for stealing ivory and becoming rich, just as Kurtz cared for, so they act as they care for his words; they really only want to use Kurtz's abilities to become rich for themselves, not help their leader civilize the African tribes. Hobbes believed that "force and fraud" were two "cardinal virtues" in man; in this case, the men use "force" to make themselves rich and "fraud" to shield themselves from others who cannot see their true intentions .

Kurtz reflects an ambitious man who, again, represents White Man's Burden as he believes it is his responsibility to lead the "primitive" savages to civilization. Yet as the novel progresses, Kurtz's selfishness and greed gets in the way of his "goal" as his real mission is to become rich off of ivory; he raids villages and makes both alliances and enemies of the savages he intended to lead to the light. His actions show that he never meant to accomplish his goal out of selflessness; everything was done out of the self-interest to become affluent . An agent from the Company that Kurtz works for describes Kurtz as a "prodigy" and " an emissary of pity and science and progress, and devil knows what else," yet it is true—only the devil knows what Kurtz's evil intentions are . Kurtz is seen as a crusader for the savages who need to be civilized, thus he is considered as "an emissary of ...progress," but his inner darkness and inherent selfishness is described in reference to something as only the "devil knows" . His actions show surface-level pity for the tribal people and acts as if he wants to help them, but humans never take helpful action unless they benefit in some way . He does not care to help the tribal people out of the goodness of his heart; he wishes to help the tribal people to have them serve him in his quest for ivory .

Additionally, as Kurtz draws his final breaths and whispers, "The horror! The horror!" with no additional verbal cue, he finally realizes his inability to assert self-control on his desires and wishes, thus emphasizing humanity's inherently self-interested behavior. Kurtz becomes aware of his inner demons on his deathbed, realizing that he had no self-control . Now it was not just "the devil" who knew of man's inherent selfishness and violent ways, but also Kurtz .

The Company is a physical manifestation of mankind's inherently selfish behavior . As Kurtz tells Marlow about one of his experiences with a "clean-shaved man, with an official manner … wearing gold-rimmed spectacles" who wanted to "denominate certain documents" from Kurtz, who then refused to give them to him . After failure to persuade Kurtz to hand over his papers, the dark side of man comes out as the Company man appears "darkly menacing" . He applies false arguments to prove he is doing everything out the goodness of the company to make sure it has the correct "information" about its "territories" to protect them; the man also "invokes the name of science" as if this is all for the greater good. The Company and the man both act as if they need the papers to advance science to help humans, but there is a self-interested motive behind why the Company wants Kurtz's papers and that is profit.

The notion of an altruistic act of kindness is a fallacy, as reflected by the works and beliefs of philosopher Thomas Hobbes , and author Joseph Conrad . Man is not naturally kind and compassionate, but vicious, riddled with self-interest and selfishness . His mind considers not what is best for others, but rather, what is best for himself, for he is a "selfish hedonist" . An act of kindness is merely a ruse of benevolence, shrouding far more sinister means.

All that glitters seldom is gold.

Madison Franz
The Narrative
1111906
Photo by Brooke Cagle on Unsplash

Madison Franz
The Narrative
651718
Photo by Manny Moreno on Unsplash