A Hobbesian Analysis Part 1: Joseph Conrad's "Heart Of Darkness" Portrays The Ruse Of Benevolence When It Comes To Human Altruism

All that glitters seldom is gold. 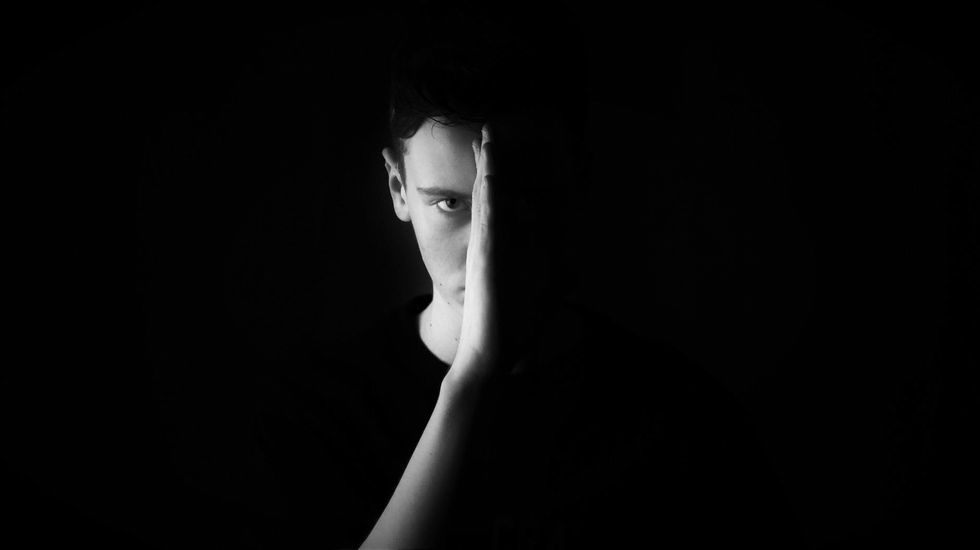 The notion of an altruistic act of kindness is a fallacy, as exemplified by the works of Joseph Conrad and Thomas Hobbes. Joseph Conrad was a novelist known for his work "Heart of Darkness", a scathing indictment of European imperialism and the vices of human nature. Thomas Hobbes was a political philosopher whose works focused on governmental structures and man's natural state. Conrad's novel detailed the exploits of European imperialism, done under the ruse of benevolence for the supposed savages as a means of profit. Thomas Hobbes believed that man's natural state is one of war, brutishness, and selfishness. Though the two men differ in fields of study and periods of activity, their philosophies reflect the notion that there's no such thing as a selfless act of kindness. Pertinent to both men's beliefs is the idea of man's natural state: sinful, selfish and savage; thus, whichever actions humans do are never out of the goodness of their own hearts.

The notion of an altruistic act of kindness is a fallacy. Benevolence is merely a ruse, a vehicle behind which selfish motives, desires and self-interests are hidden.

Thomas Hobbes was born in 1588 to a tumultuous childhood embroiled in turmoil. He was born prematurely to an impoverished family. In his later years, Hobbes studied at Oxford University and attained a liberal arts degree, though he still retained an enthusiasm for the sciences, such as the works of Galileo. Galileo postulated that "that the natural state of objects was one of motion, rather than rest". This fed into Hobbes' philosophy on man's natural state, one of chaos and violence. Hobbes' preference for the king facilitated and fortified his distaste for the English Parliament. As the English Civil War began, Hobbes fled to Paris for eleven years, afraid of persecution due to his support for the king. The culmination of these events, encounters, and individuals was his highly renowned work "Leviathan". Because of his experiences as a Royalist during the English Civil War, he articulated his philosophy on the violent nature of humans and the necessity of a government to control it in "Leviathan". It was in "Leviathan" that Hobbes postulated that man is not naturally benevolent but rather is a "selfish hedonist". As by his own words, "of the voluntary acts of every man, the object is some good to himself". Unshackled, man would gravitate towards a war, a war of "every man against every man," motivated by little other than self-interest. Life without a sovereign power would be "solitary, poor, nasty, brutish, and short," devoid of altruism.

Joseph Conrad, on the other hand, was born in 1857 in Ukraine, to a family of poets and political patriots. He was Employed by Britain in its merchant navy. It was after he ended his many years at sea that he began to write about his experiences on paper.

His most renowned work was "Heart of Darkness", a story of a man by the name of Charles Marlow, his voyage to the hidden depths of Africa, and a testament to European imperialism. As Marlow prepares for his voyage, he bids adieu to his aunt, who asks him to wean "those ignorant millions of their horrid ways". The "ignorant millions" she refers to are Africans, whose "horrid ways" are their lifestyles and cultural rituals. The aunt's attitude reflects "White Man's Burden," the commonly held notion at the time that imperialism was necessary to cleanse savage, subjugated nations of their backward ways. Though imperialist nations touted White Man's Burden as the ultimate goal of subjugation, their true goal was power. Historically, benevolence has typically been a cover for more sinister means.

When Marlow reaches Africa, he comes across a grove of trees, beside which there lies a group of dying laborers, so deprived that they resemble "black shadows of disease and starvation, lying confusedly in the greenish gloom". Imperialism, whose supposed purpose was to bring "light" to conquered countries, did little more than reduce natives to "nothing earthly," reeking of "pain, abandonment, and despair".

Many imperialist actions were done without hiding behind the ruse of benevolence, a tribute to man's intrinsic selfishness and greed. An example in the novel is the Eldorado Exploring Expedition, a group of white men who ravange African landscapes and whose purpose is to exploit African resources, mostly ivory . Marlow considers them "reckless without hardihood, greedy without audacity, and cruel without courage". They reflect Thomas Hobbes' notion of man's natural state, riddled with greed and self-interest. No deed is done unless it brings "some good to" the person at hand.

After his encounter with the Eldorado Exploring Expedition, Marlow voyages upriver. To do so, he takes the help of African natives that act as crewmen . These men are efficient, "hard at work," and "full of improving knowledge". This contrasts the image of the natives propagated in Europe via "White Man's Burden," one of savagery, brutishness, and inferiority. The natives are as capable and knowledgeable as a European, showing that imperialism was done less to civilize inferior nations and more to rob them of their resources and autonomy in the race for power.

Madison Franz
The Narrative
1111426
Photo by Brooke Cagle on Unsplash

Madison Franz
The Narrative
651521
Photo by Manny Moreno on Unsplash