Here's Some Advice For "Playing the Game"
Odyssey

Here's Some Advice For "Playing the Game"

Things to remember while dating. 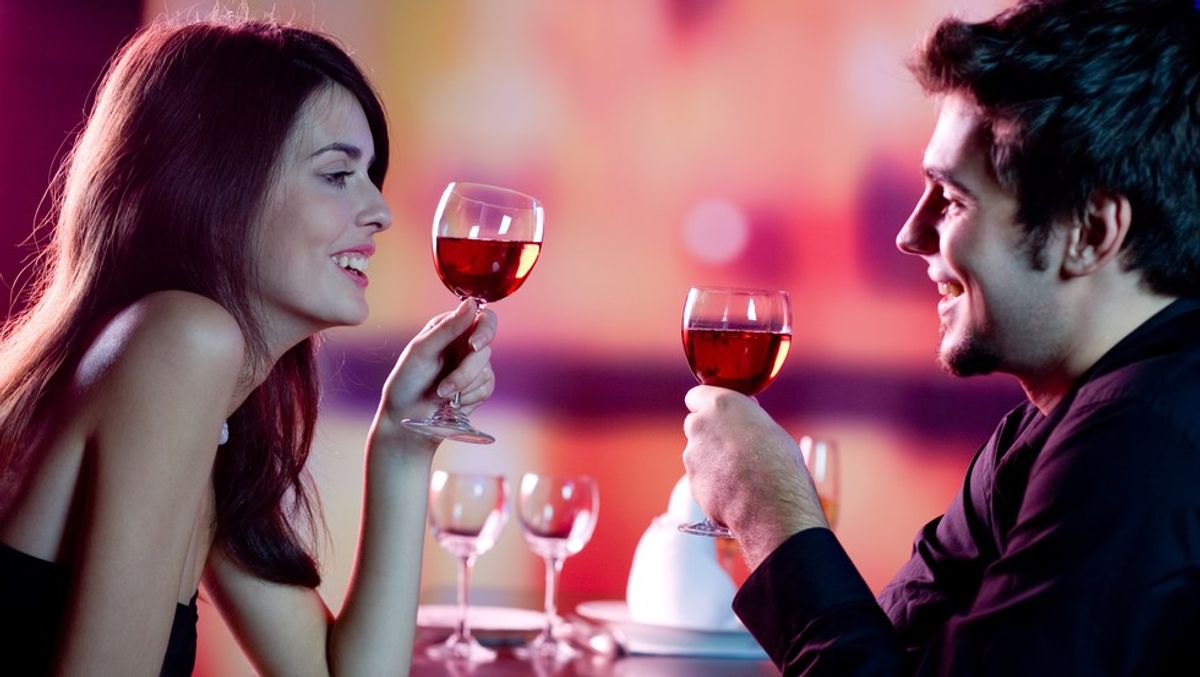 Lately, I’ve come across multiple instances that have really pushed me to actually write this post. I’ve been putting it off for the longest time ever because I was hoping that in due time, something or someone else would knock some sense into them. This is not intended for someone in particular, but if you know you belong in this category–well, no hard feelings. I just think that some of us need a wake-up call.

Recently, people’s behaviors, women- in particular, have been groping me on the neck. It’s nothing new for the male gender. Not to put the male gender down or anything, but it’s more acceptable for men to act the way they do toward these things. I hate to use this cliché reasoning, but yes, they are guys and they have two hard-working at once. But women, I believe, should not sell themselves short. I’m a firm believer of dignity, respect and class. I believe that women should carry themselves the way they want to be treated.

“First impressions last.” True. Don’t go throwing yourselves at someone you just met and you wonder why they don’t stick around and try to get to know you more? Well, duh. That move you did when you guys just first met just gave him what he needed to know about you. Attention is always exciting. I understand that women want to be noticed and admired, but in what way? Every guy’s fantasy, every woman’s loss. So carry yourself with class and look respectable. Front sexiness in an intelligent, classy and respectable way. A little cleavage here and there is acceptable. You’ll be surprised with the kind of people you draw in.

“What you see is what you get.” Well, literally for some women. If you go out there flaunting your mind, body and soul to the whole world, then you already know what kind of people you’ll be attracting. Now, you guys complain about why you don’t get the respect you’ve been looking for. It’s simple. Maybe you should take a huge dose of self-respect before you go out whipping others to respect you.

“Save some for yourself.” Don’t go out pouring out your everything on people. If they mean the world to you, it doesn’t really mean you have to give them the world. Realize that unless both of you carry that stamp of commitment, you each have a world of your own. You each have separate lives. You might be giving him all of you when he’s out there giving himself to many. Now isn’t that a rip off? It’s like giving someone a gift and then finding out that they gave it to someone else. Take a step back and spare sometime for yourself–at least you keep the love within you.

“A drunk mind speaks of a sober heart.” Not all the time. Intoxicated people are unpredictable. Some people blurt out in total honesty when they’re drunk, while others are the masters of bullshit when they’re gone. Finding true love in the midst of alcohol and grass, is not a very good idea. It’s like meeting the person’s alias. It’s a totally different person. Good luck if they even remember half of what they said to you, let alone your face. The chances of finding a decent person in an environment where drunkards and potheads are dominant is quite low, if you get what I’m saying. Wouldn’t it suck to find out that they were just attracted to you because their vision was a little too blurry or off that night? Now who’s going to sit on a corner and weep?

“I’m just playing their game.” Best of luck, girlfriend. In order to play their game, you have to be an established bitch. You have to be heartless and cold. You have to be ready for an easy hello and an easier goodbye. Most of all you have to have a heart of stone–hard and impermeable. Or a heart with built in scissors to cut off the strings in an instant. So, unless you’re an all-time numb bitch, you will never succeed in playing their stupid game. (Besides, why stoop that low? Can't we just all be adults here?)

“When it’s over, can I still come over?" Over meaning it’s a done deed. So unless you’re completely positive that you’re really, really over it, that’s the only time you see that person again. But I believe that takes time, so if you’re saying you’re over it and see them the next week, well then–you need to find a different word because it looks like it ain’t over yet. You’re in for another roller coaster ride. Are you ready for another round of heartaches? More power to you.

"Move along, move along, like I know you do.” Moving on doesn’t mean you have to find an immediate being you can shift your feelings to right away. It doesn’t mean you’re out to hunt for a new potential. It ultimately comes down to the fact that you’ve learned what you needed to learn from that person and it’s time you apply it to life outside that bubble. Their purpose in your life is done. There’s a huge difference between moving on and finding a rebound. Moving on is a personal statement. It’s something between you and your inner. Make yourself busy, go out with friends, or work and study until your head hits the pillow. Take advantage of this time to know your wants and needs. Maybe it’ll help you sort out where you stand.

“He’s just busy with school, work and family.” There are 24 hours in a day. Take out 8 hours for sleep (that if he even maxes that out). Take out another 8 for work. What’s a 5 minute phone call? Or even just a few text messages on his lunch break or before he goes to bed? Quit fooling yourself. If you mean something to him, he will make time. So if he goes days being out of contact, doesn’t that already tell you he’s not that interested? Unless he goes out on a nature hike in the Amazon, there is no possible excuse why he can’t even say hello. Stop throwing yourself at him, you’re only seasonal.

“I didn’t see the signs.” Well, girlfriend, it’s there. You’re just blinded by love or sometimes just mere infatuation and lust. It takes someone else or something else to make you see it. Sometimes it’s right there in front of our face, yet we choose to overlook it just to give us another reason to stay. If someone close to you tells you what they notice, you should probably listen to it because everyone needs a third eye’s advice.

“Always falling for the bad boys.” All girls are guilty of this. What I don’t get is why we still pursue them when it’s already been labelled that they are indeed bad boys. Girls love the challenge? Well, if that’s the case, then it’s safe to say that girls enjoy the emotional wrecks too. I don’t.

I’m sorry if I offended anyone with this post. I’m speaking in general. Some even apply to my own life. I know how it feels to be in love and to be in a situation not knowing where you stand. I think that I am also in a valid position to say stuff because these things never came easy to me. I have the worst of luck when it comes to dating and men…and you wonder why. I do too.

I’m working on it. I’m getting better.

Kassie Hsu
Baylor University
4478
Panda Whale
Here are 100 things I'd rather to than study. I know the semester just started, but
Featured