Here's How Trump Won The Conservative Vote
Odyssey
CurrentlySwoonLifestyleHealth & WellnessStudent LifeContent InspirationEntertainmentPolitics and ActivismSportsAdulting
About usAdvertiseTermsPrivacyDMCAContact us
® 2023 ODYSSEY
Welcome back
Sign in to comment to your favorite stories, participate in your community and interact with your friends
or
LOG IN WITH FACEBOOK
No account? Create one
Start writing a post
Politics 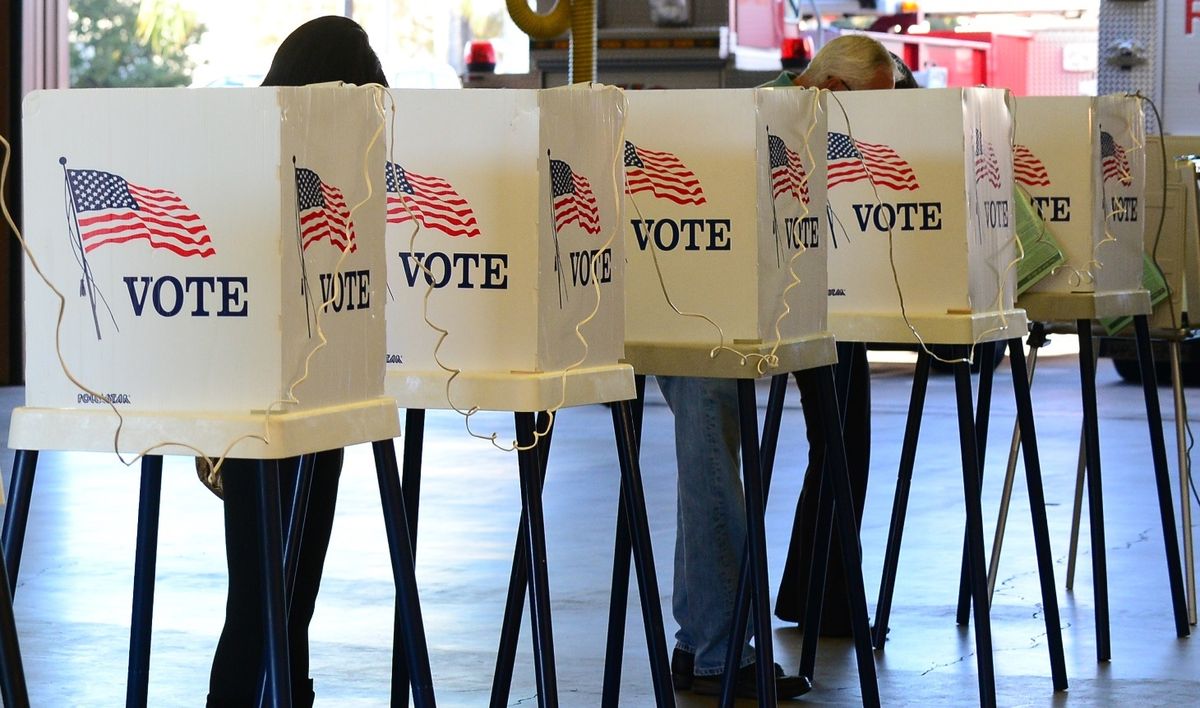 Over spring break, I had the opportunity to read a very intriguing book entitled "Choosing Donald Trump: God, Anger, Hope, and Why Christian Conservatives Supported Him," written by Stephen Mansfield. I have been asked countless times how I, a Christian Conservative, could vote so wholeheartedly for a man who has been accused of being racist, assaulting women, and speaking so selfishly of himself. Mansfield's book helped me to develop that answer and has actually furthered my support for Trump as he seeks reelection in 2020.

When Trump announced his plans to run for president, the world, including myself, laughed. There was no way that a man so unexperienced in politics and well-known to the scandal world could become the leader of the United States. However, as his campaign developed, my support slowly shifted from the other Republican candidates to the crass, wealthy businessman with the loud "MAGA" slogan.

Donald Trump has repeatedly stated his belief in God. He acknowledges the words of the gospel and the death of Jesus on the cross. He even goes so far as to quote Bible verses in many of his speeches and interviews. His faith seems evident through the words he speaks and the support for religious freedom that he boasts of. But his personal and private (well, not so private anymore) life speaks otherwise.

Videos show Trump talking inappropriately of women, and he has been married three times. His life has been motivated by money, which is clearly displayed through his pursuit of wealth in business. His attitude is often pompous and self-centered, especially on his Twitter account. There is little evidence of Trump living out his proclaimed faith, other than the occasional church attendance on holidays.

So no, Donald Trump was not the picture-perfect Biblical Christian. But if not the ideal Christ-follower, at least he was honest. He didn't try to hide his ventures or his absence from church. He promised to fight for religious freedom and gained the support of many mega-church preachers. He was brutally blunt and made his point clear: America needed to be great again.

There was no fluff, and that is what separated Trump from the rest of the political world. Barack Obama claimed to be a Christian man, but he displayed strong support for abortion and LGBTQ rights. His Affordable Care Act would not offer protections for the rights of religious conscience. Students who performed acts of public service for loan forgiveness would receive no credit if their service was related to religion. His rhetoric was rarely mixed with words of the faith that he claimed to believe in.

The Conservative Christians were tired. They were weary of a man who consistently claimed to be a Christian but led his country otherwise. Trump was different. He believed in God but lived a worldly life and wasn't afraid to say so. He was not your typical established Republican, and he made promises that no other candidate had made before. It was a breath of fresh air to many.

In campaign debates, Trump spoke harshly about those who opposed religious freedom. He vowed to end the Johnson Amendment, which prohibited all non-profit organizations from endorsing or opposing political candidates. And yet, while he had a strong focus on this religious freedom, he made his main agenda clear: MAGA. America didn't need to spend time fighting over queer bakers and women's rights. It needed economic help - and fast. Trump believed that he could use his business experience to revive American finances and establish a new and better economy. He didn't care if women marched in the streets wearing pink hats, and many Christian Conservatives loved this about him.

There was no guarantee that Trump would keep his promises and gusto if elected, but after eight destructive years of Obama and the prospect of an even more horrifying winner - Hillary Clinton - many religious people in America believed in Trump. I believed in Trump. I wanted the pro-life movement to make progress. I wanted the LGBTQ movement to come to a screeching halt. I wanted my religious freedom, but aside from all that, most importantly, I wanted to see America economically restored. I believed Trump could do that, so I voted for him. I had doubts, but I couldn't picture anyone worse than Barack Obama or Hillary Clinton.

Donald Trump is not a flawless Christian who lives each day in pursuit of pleasing God. But then again, nobody is flawless, so in some sense, Donald Trump is just like us. Nothing extra. Nothing fake. He's real, and that's why I voted for him.

Nicole Marie Nigro
Individual Creator
9319
c1.staticflickr.com
Where to start...... Let me start with the cliche that life throws us curveballs and what we do with it is what counts.