He stands here on your level, just waiting... 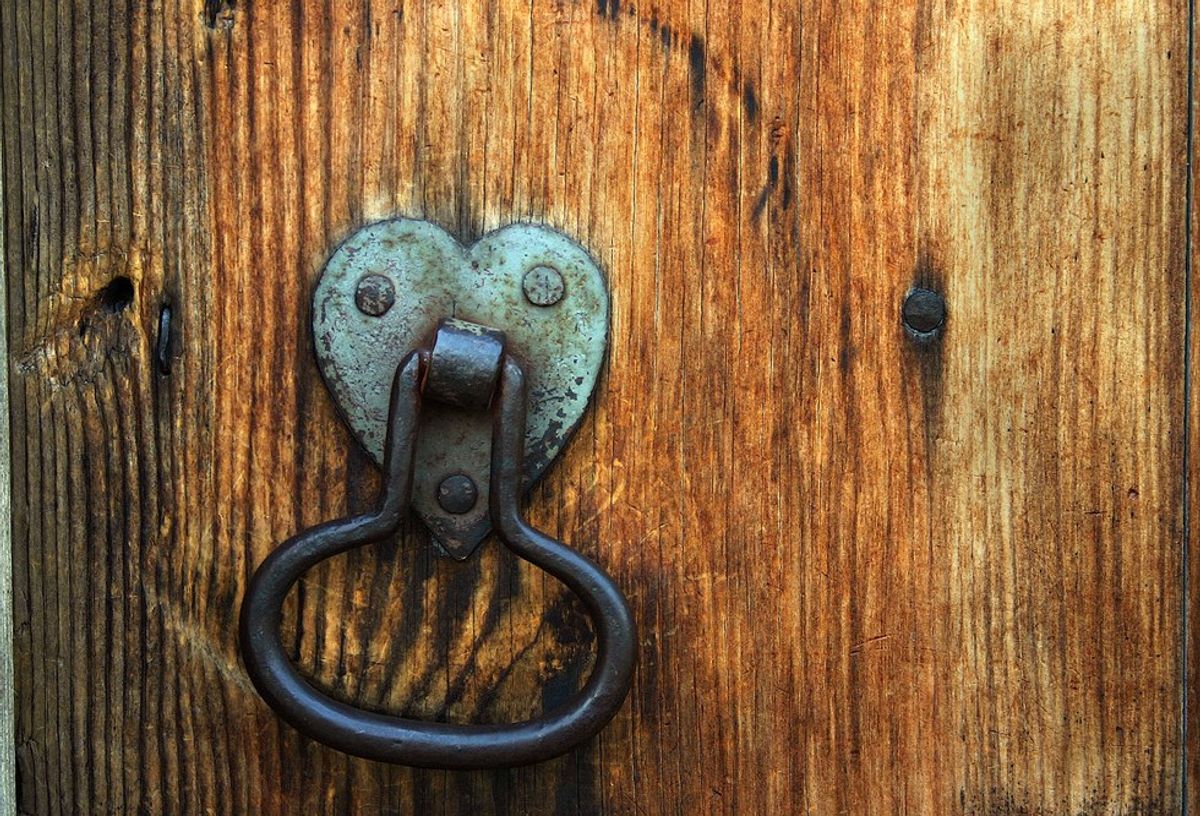 This very date marks a very remarkable memory for me, for it was this very day that I was confronted with a truth that was very troubling to me—how little I personally knew God. He seemed out of reach and far away, despite how much more I knew about him than I had a few months back. Where was the awe the others around me seemed to exude? As sensitive as I was (and still am), I felt quite numb about anything having to do with my faith. However, as I was very soon to discover, God, as He is so prone to, was using this numbness to reach me.

Perhaps you identify with where I was at the time— just going through the motions of attending Church every Sunday, praying for those in your life who are suffering, sharing what you believe when asked, trying to gain merits by "living the life of a good person", depending on accolades and others' praise to validate that you are a good person, while feeling guilty that you feel nothing other than guilt through it all— why is your sense of wonder missing? After all, you are doing everything commanded of you.

After climbing up flights of stairs to "catch up" with the devout people in your life, you are dismayed when you see the radiant light in their eyes. It's as if they are gazing at a view from the summit of a mountain, yet as you kneel with them, all you can see is a cross, or words on a page, or a piece of bread. Yes, you know the significance of what you are gazing upon, but you wish you could consider it with the zeal that they seem to possess. What is holding you back?

A year to this very day, I was troubled much of the same concerns mentioned above. But God was soon to show me what my hindrances were. These involved the way I spent my time. What I celebrated in life. More than anything however, they were found in how I was treating my wounds.

Sure, we live in a world that despises weakness. We hear so often that flaws should not be seen. Pain should not be felt. We fight these things as much as possible, for our own benefit and for the sake of everyone else. No human person wants to cope with or see how we are hurting, so why would God?

And yet, no matter where we are, He calls out to each of us in Revelations 3:20, saying:

The truth is that even while He feels out of reach and far away, He continues to knock on the door to your heart. He has still been seeking you, speaking to you, but perhaps the world has become too loud for Him to be heard. Yet, these hurts, this emptiness, are communicating the words to which you have become deaf.

As P!nk says in "Glitter In The Air", "Have you ever invited a stranger to come inside?"

What is interesting to me is the definition of stranger:

I always assumed that "stranger" always automatically meant that the unfamiliarity was mutual between both persons. However, its true meaning only emphasizes the idea that while God may feel like a stranger to you, He still knows you. Perhaps you feel like you merely are to God what some star-struck fan is to his or her favorite celebrity—no more than a part of a large crowd of unnamed supporters pleading for Him to notice you. Well, He has noticed you. In fact, He has witnessed every part of you—every fear, every hope, every thought, every worry, every flaw, every doubt, every wound— gazing upon you with a love no deed could augment or undermine.

He continues to wait at the door, hoping that you will let Him in, so He can finally share this love with you. However, the choice is entirely up to you. He cannot enter unless you willingly open up, for this is a door that only has a handle from the inside.

About six months ago, I encountered this definitive characteristic shared between every single one of the people that Jesus healed— they were not selectively chosen to be healed, but rather they all sought Him. They were all healed because they asked Him for healing, thus taking the first step of letting Him in.

Closeness to God correlates with the extent that He is welcomed throughout each moment of your life. It correlates with the extent that you accept the love He offers you, especially when you feel most unlovable. He wants to be the one to console you when you are feeling your most lonely, your most empty, your most broken. So it is important to consider: where are you in those moments? How do you soothe the pain?

A year ago, I already knew that the way I spent my time reflected how disordered my priorities were. After a long day of classes, I would goof off and do whatever I wanted first, and then I would cram with my studies with whatever time I had left. I was reminded of this issue when I was talking to my roommate about how I was feeling troubled about God's seeming distance, and she called me out:

"Why don't you spend some of all that time you watch YouTube videos praying instead?"

That is when it became clear, I was allowing no time in my schedule for prayer. And I responded with, "You know, Mary, you're right," as she reached for a book on her shelf.

Then she handed this tiny book called My Daily Bread to me, and said, "This is a book from my parents. They always told me that whatever page you flip to is God's personal message for you. I think this would be a good time for you to try that."

So I, without much thought, opened the book to a random page, and to my astonishment, it said:

“The grace of devotion is not just a holy feeling, nor is it a religious mood… If I make a firm and persevering effort to abandon my foolish love for unnecessary distractions… I will have a steady loyalty to Christ, and I will no longer depend on feelings and moods, but will follow God’s Will intelligently and faithfully even when I do not feel like doing so."

I nearly fell over. What relevance!

Then over the course of the next week, I began to reflect on my "unnecessary distractions." And I began to notice how I was feeling at those moments when I was tempted to waste my time... Hurt. Bored. Confused. Insecure. Alone. My habitual response to unpleasant feelings had become to distract myself from them. To find an escape. So as a coping mechanism, I would binge watch YouTube or start brainstorming ways to prove myself to the people in my life. Temporarily, it would work. I would forget the hurts for a while. Yet, I still held onto them.

Meanwhile, my relationship with God was not progressing because I was not letting Him in to heal me.

Are you doing the same thing? That could be why God feels so far away. The more you indulge in the distractions of this world, the more you weaken your relationship with God and your ability to see and hear him. It is not a matter of Him ignoring you until you live life His way. Rather, I have found that He has always been talking to me, but until I made an effort to focus solely on Him and limit the distractions that interfere, I was deaf to His voice.

So do not be afraid of Him! Do as is said in Scripture:

"Be anxious for nothing, but in everything by prayer and supplication with thanksgiving let your requests be made known to God." -Philippians 4:6

Spend some of your time every day talking with Him, in the understanding that you are embraced just as you are right where you are, and you will begin to know Him. Ask Him to help you see the circumstances of each day as He does, and you will be amazed about all of the ways He is working in your life!

You will begin to too, have that radiant light you see in others' eyes as they gaze upon Him in faith.