When Was the Last Time You Talked To A Stranger?
Odyssey

When Was the Last Time You Talked To A Stranger?

Choosing to stay silent because of fear 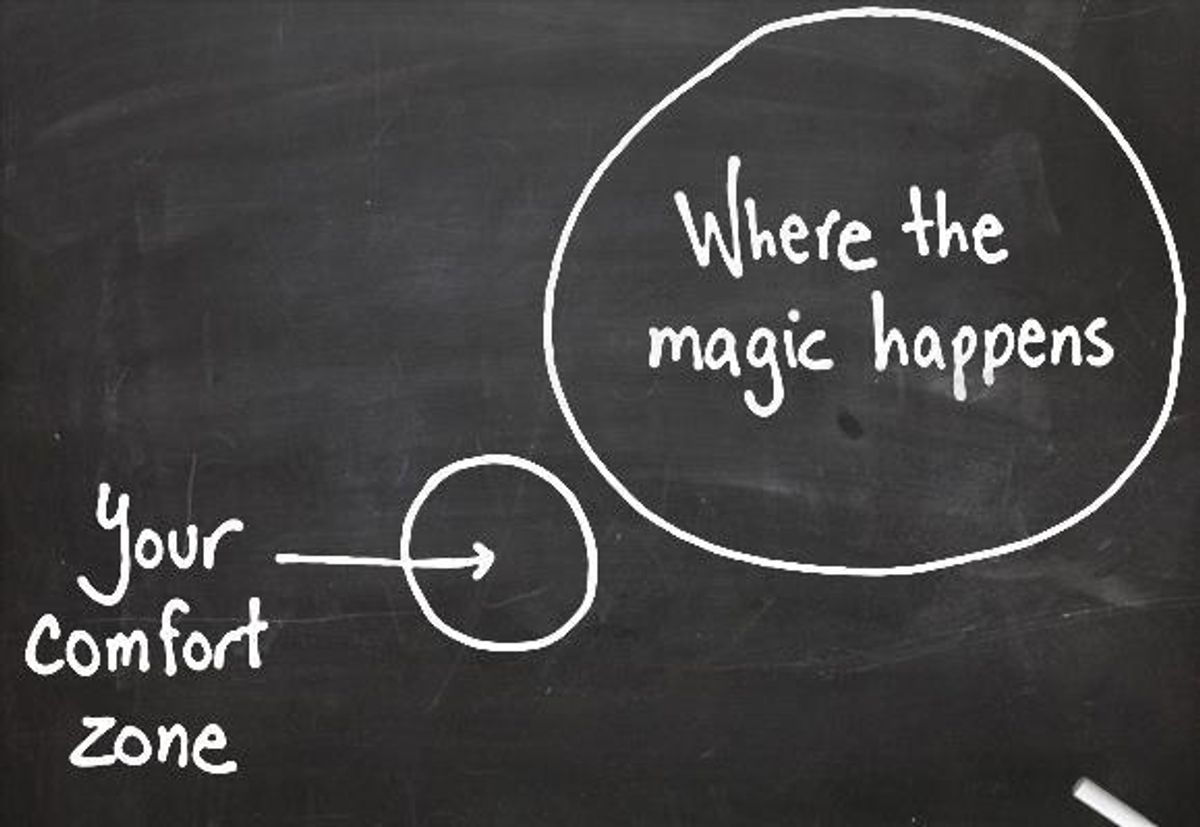 I patiently waited at the crosswalk, and bounded across the street when the security guard motioned for me to go. I threw a quick “Thank you!” in his direction before I continued on to run a timely errand at the children’s hospital. When I returned, I strolled across the street when he motioned, and as I did so he said hi to me. I smiled politely and said hi back as I finished crossing, but after a few steps I turned around and asked him, “What’s your name?”

He replied that his name was Ivan, and asked my name. As I turned to walk away again, he called out, “Thank you for asking me my name. Have a fabulous day!”

After responding with a resounding, “You’re welcome, Ivan! I hope you have a fabulous day too!”, I felt puzzled. Ivan is a pleasant and wonderful person, yet the fact that he thanked me for requesting his name suggests that people rarely ask. Why don’t more people take a few seconds to talk to him?

And then, I remembered I don’t talk to everyone whose path I cross. There are people I see every day whose names I don’t know. I love instantly connecting with people, but that said, I don’t always introduce myself to strangers.

The word “stranger,” in of itself, presents a barrier that must be overcome in order to reach the level of acquaintance, and then friend. “Stranger” sounds foreign, different. According to thesaurus.com, synonyms for stranger include alien, foreigner, intruder, and outsider, words that don’t exactly have positive connotations.

And, there’s the question of familiarity. When you see the same janitor every day at a library and you introduce yourself, are you really introducing yourself to a stranger? What about an acquaintance introducing you to someone you’ve never met before? How about accepting a friend request on social media from someone you’ve never heard of, but who apparently shares 327 mutual friends? Are these people really strangers? Are there different levels of strangers? Does having a university in common blur these lines?

In short, the answer is clear: until you determine otherwise, these people are strangers. And even with people you think you know well, it’s important to be safe. Our parents were right when they warned us about “stranger danger,” as we were more vulnerable as young children than we are as legal adults (whoa wait what how am I 18-years-old). And, unfortunately, we’re still at risk. But, the distinguishing factor is safety. If someone makes you uncomfortable, you are not obligated to talk to them. Sometimes being nice and open to everyone you meet is dangerous, and the hazard and risk often depend on the situation. This is the regrettable reality in which we live, and until every single person feels safe 100% of the time, we have to watch out for ourselves and for each other.

But, more often than not, we run into benevolent strangers. The checker at a grocery store. The receptionist at the doctor's office. The custodial staff in our dorms. While we are unfamiliar with these people, most are not dangerous. Yet, we often choose to ignore them. I cannot count the number of times I’ve wanted to strike up conversation with someone near me, but instead chose to remain silent.

Occasionally, the answer is fatigue, or busyness, or other reasons that practically prevent us from conversing. But, sometimes we choose to not engage because we are fearful. We fear not knowing what to say. We fear awkwardness, and we fear being perceived incorrectly. We fear bothering other people and we fear confrontation. We fear rejection.

Fear is central to how we act, and how we don’t act. Nowadays, life is so much more than simply surviving, and while fear keeps us safe, it can also inhibit us. Meant to be a mechanism to promote caution, fear has become a source of remorse. Lewis Carroll worded it well: “In the end… we only regret the chances we didn’t take.”

I bring this up not to encourage you to upheave fear completely, but rather to make you aware of the social fear of rejection that many of us possess. Some people do not experience this fear at all, but most people do. Maybe addressing the fear of rejection by talking to strangers can help us target other fears in our lives. Failure. Intimacy. The unknown. Loneliness. Pain. Spiders.

But, maybe it won’t. I hope that this article will inspire you to attempt to chat with people you don’t know on a regular basis. If not, I hope the next time you encounter a non-threatening stranger and decide to not speak to them, you can critically analyze why. You don’t need to justify your actions; your decisions are your own. If you have a fear of rejection and want to overcome it, however, you need to be honest with yourself so you can recognize when it exists.

Talking to strangers can be incredibly rewarding. I encourage you to spend 16 minutes watching this phenomenal short film; it reminds me that a short conversation can go a long way.

Caitlin Marie Grimes
University of South Florida
10795
Beyond The States