Take your Halloween party or pregame to the next level with these spirited drinking games. 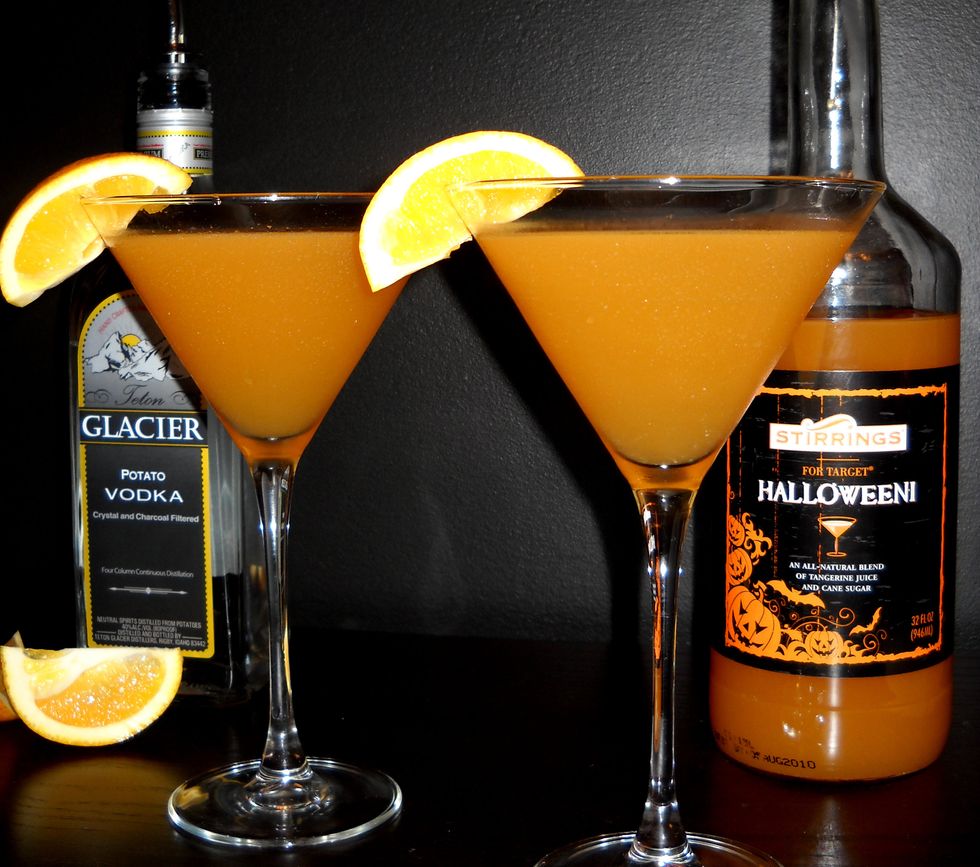 Halloween is one of the best times of the year.

As children, the main goal was to collect as much candy as physically possible in our kick-ass costumes and trade among one another until our candy collection consisted of only the good stuff. As we get older, Halloween is a holiday that is still very much looked forward to just not for the same reasons. Let's face it: during our 20s, Halloween is a time to dress in a costume that makes us feel confident and drink to our heart's desire.

Whether you're pregaming before the bar or you decide to throw a Halloween party at home, here are some drinking games that you'll definitely want to try this Halloween:

This game is a fun, adult version of bobbing for apples. There are two ways to play this game. If you are feeling particularly lazy, just add apples and small liquor bottles and make players push past the apples to pick up a bottle. The best way to play, however, is to dig a hole into each apple and insert the liquor shot so the player has no clue what they will be getting.

2. Circle Of Death "By Pumpkin"

Everyone that routinely plays drinking games has heard of or has played Circle of Death. Circle of Death is a simple drinking game that gives every numbered card, including jack, queen, king, and ace, a function. In the traditional game, the cards are placed under the tab of a beer can and the first to pop it drinks the entire beer. In this version, a strong and off-putting concoction is poured into a plastic pumpkin. When someone draws specific cards such as 6 or 10, they have to take a sip from the pumpkin. The last person to pick a card has to drink the remnants.

For this game, one person (ideally someone who isn't participating) pours a line or treat shots and a line of trick shots when no one is watching. The treat shots should contain liquor or liquor mixes that are pleasant such as Fireball, Baileys, and vodka mixed with soda or juice. In the trick shots, there should be hard-core liquor such as gin, tequila, whiskey, and vodka without mixers. Each person will flip a coin. If it lands on heads, they pick a treat shot. If it lands on tails, they pick a trick shot.

Whether it is at a bar, or as guests arrive to the party, this game can be played anywhere. The game is played throughout the night as people enter the party (or the bar). If someone comes in or is seen with a stereotypical costume such as a bunny, cat, sexy nerd, prisoner, or ghost, then everyone has to drink but the person who pointed the costume out.

To play this game, all you need is a generous stock of toilet paper and teams of two or three. When the teams are distributed, they are all given a roll of toilet paper. One or two people from the team will be the wrappers and the other person will be the mummy. Someone in the group must serve as the judge, and the team that wraps their mummy the fastest wins. The winners get to watch as the losers chug the rest of their drinks.

For those who are lazy, like me, this is the perfect game for you. All that it entails is gluing (or drawing with sharpie) eyeballs onto a plain white ping pong ball. Once the eyeballs are complete, they should be used as the balls in beer pong. To get even more in the spirit, use red Halloween punch in the cups instead of water or beer.

In order to play this game, you'll need a Halloween skeleton, preferably one that contains most if not all of the bones. One by one, starting from the skull to the phalanges (toes), guests must guess the name of the particular bone. If they can't, they must drink. Those that can get to dish out a drink to someone else. If there are no medical experts at the party, a quick google search will suffice.

One final note: PLEASE DRINK RESPONSIBLY! In the world of "Uber" and "Lyft" there are no excuses for driving impaired!