How To Play 'New Girl's' True American Drinking Game
Odyssey
CurrentlySwoonLifestyleHealth & WellnessStudent LifeContent InspirationEntertainmentPolitics and ActivismSportsAdulting
About usAdvertiseTermsPrivacyDMCAContact us
® 2023 ODYSSEY
Welcome back
Sign in to comment to your favorite stories, participate in your community and interact with your friends
or
LOG IN WITH FACEBOOK
No account? Create one
Start writing a post
Entertainment 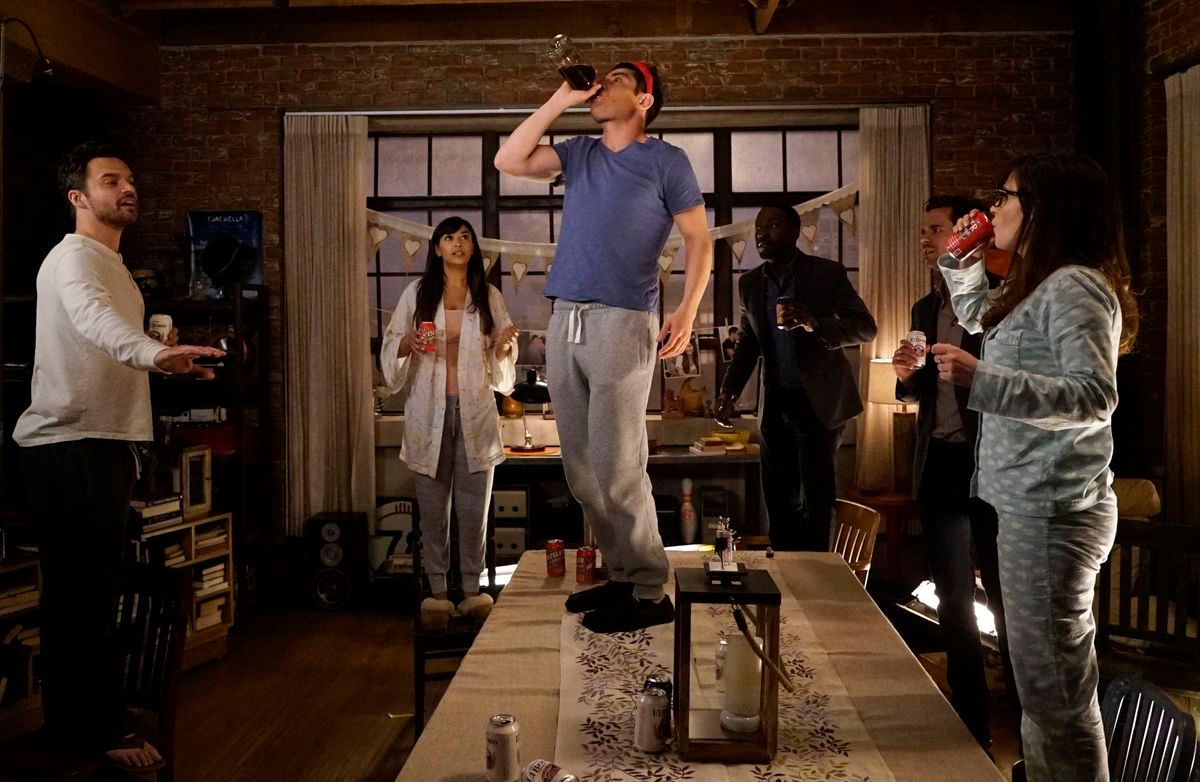 I think it's fair to say that anyone who watches "New Girl" knows about True American. This crazy, nonsense drinking game which pops up every so often throughout the seasons and first introduced in season one, episode 20.

The game, as described by "New Girl" character and fan-favorite Schmidt, is 75% drinking game and 20% Candy Land with a floor of molten lava.

The point of the game is for players to navigate through the Candy Land-like spaces to the "castle," which is a table in the center of the room that holds beer "pawns" and the "king" bottle. The first person to reach and sip from the bottle wins.

Here's how to play:

First, set up your "castle." The castle is made up of beer "pawns" and the "king," a bottle filled with the alcohol of your choice.

The bottle should be in the middle of the table, surrounded by four lines of beer pawns. There is no exact number of beers necessary for each line of beer pawns. Choose any amount of beers that seems appropriate for the amount of players.


Set up spaces using pillows, chairs or any other objects players will be able to stand on. Place an equal amount of spaces around the table. You'll want about 5-8 spaces on each side, depending on the size of the room you're playing in.

Only four of these spaces should reach the castle, lining up with the parade of beer "pawns" and allowing players to take a beer pawn from the castle. For example, in the photo above, each of the chairs touch a corner of the table at the end of the line of beer pawns. Therefore, these are two of the four special spaces that allow players to take a beer. Unlike the pillows pictured, which are just regular spaces that the players can use to move around.

Teams are optional. To pick teams, all of the players will place a certain number (1 to 5) of fingers against their forehead on the count of three.

Any players who hold up the same number are a team. Unmatched players can team up as needed or simply pair up with the person standing closest to them.

Begin with a shotgun "tip-off" to determine which player goes first.

The winner of this shotgunning contest will yell, "One, two, three...JFK!" to announce the official beginning of the game. All players will enthusiastically respond, "FDR!" then quickly grab a beer pawn from the castle and run to any space they wish to start at, excluding for the four special spaces that reach the castle.

The winner of the shotgunning contest has earned the first turn. From then on, the order of turns will move in a clockwise rotation. During each turn, the player will move one space toward the castle and choose to play one of the following mini-games.

Mini-game No. 1: The player whose turn it is will count to three then all players will place a certain number (1-5) of fingers on their forehead. Any player who selects a number no one else selected can move ONE space.

Mini-game No. 2: The player whose turn it is will recite the beginning of a famous American quote. The first player to complete the quote can move TWO spaces.

Mini-game No. 3: The player whose turn it is will name two famous American people, places, or things. The first player to identify what the two have in common can move THREE spaces.

For example, say it's your turn. You will move one space then choose one of the three mini-games. You and all of the players will participate in that game, and the winner will move accordingly. After this, your turn is over and it's the next player's turn (in the original clockwise rotation).


Continue playing by these rules until one lucky winner reaches the bottle and sips from its royal glass.

The bottle cannot be opened until every last pawn is removed from the castle. Any players who fail to keep at least one beer in hand, who accidentally end up with more than three beers in hand, or who touch the lava are immediately disqualified. Disqualified players can rejoin the game by shotgunning a beer.

You are now able to impress all of your "New Girl"-loving friends with knowledge of the workings of the epic True American drinking game. Know your limits, drink responsibly, and enjoy!

Nicole Marie Nigro
Individual Creator
1964
c1.staticflickr.com
Where to start...... Let me start with the cliche that life throws us curveballs and what we do with it is what counts.

These Songs Took Over My Playlists in 2022