A Girl From The Land pt. 2
Odyssey

Failure doesn't make you a loser; it only makes you stronger. 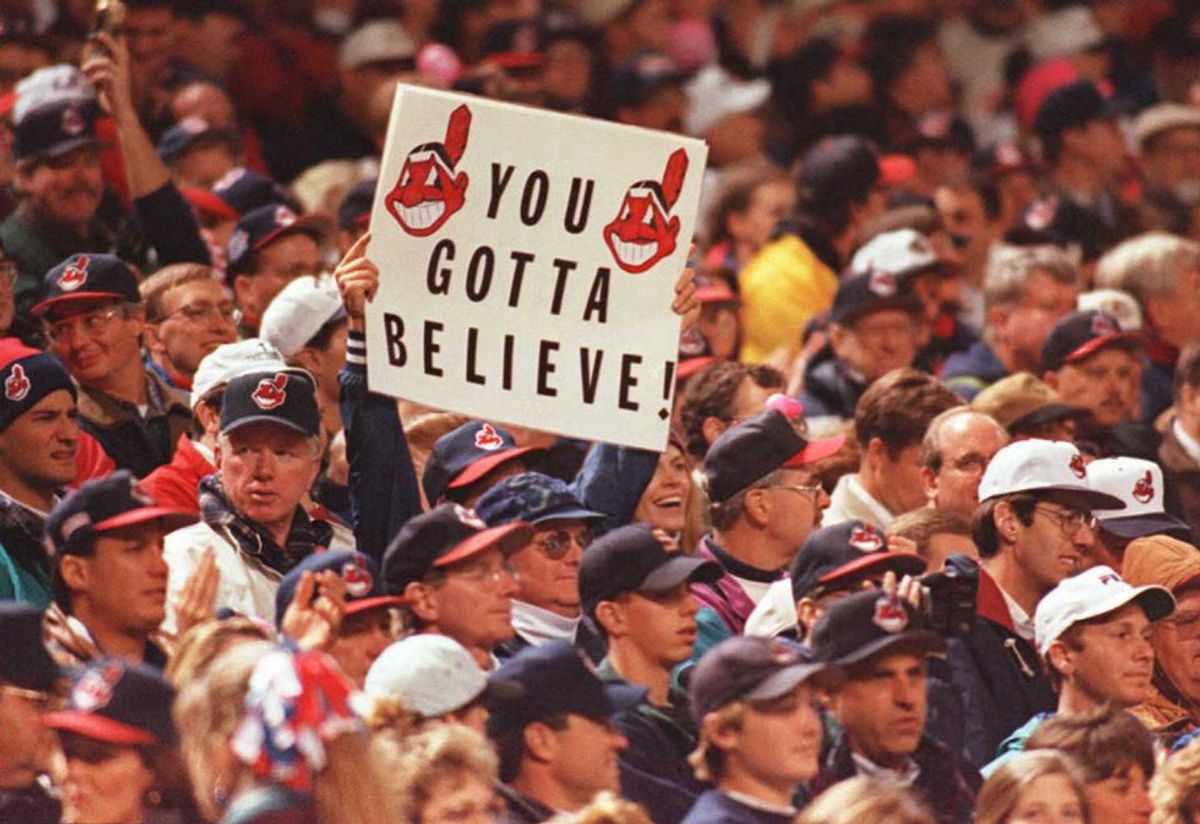 Today when I woke up, I noticed an atmosphere catching onto those around me. The air was extremely quiet. It was too quiet to the point where I couldn't even hear footsteps as I walked to class. I found myself being the only one walking to a 8:30 class.

The weather that day was already cold and gloomy, but something yet again hit me harder than the rain piercing my face as I walked to class:

The Cleveland Indians had lost the World Series.

God, that hurts to type.

I saw nothing but sadness today. Not a single soul felt like themselves, and it definitely showed as I could relate to the same feeling.

I think it will always burn in the back of our minds that we were one game away from yet another championship. We were this close to yet another title to making Cleveland the permanent city of championships for the year.

Once again, in a world of underdogs, Cleveland just fell short. Chicago ended their drought last night. I can't say I'm despising the Chicago Cubs at the moment because they were just as deserving of a championship as we were.

I decided to eliminate my depressing mindset and put a bandage around my broken heart.

I simply recalled the fact that I witnessed my home team in the World Series. What girl can say she has witnessed that in her lifetime at the tender age of twenty? Or no matter your own age, what other person can say they lived through the experience? We witnessed history, Cleveland.

Then I suddenly remembered the fact that we weren't even supposed to make the World Series. They all predicted us to fall short and not even win the American League Championship Series.

I remember how the city of Cleveland went nuts (again!) and had to pinch themselves to really believe that we, the underdogs, were heading to the 2016 World Series. I think we all really believed in that moment that anything truly was possible.

I remember going out right upon hearing the news of the Indians advancing and waited about an hour in line at Dick's Sporting Goods to get my Tribe World Series gear.

But wait, it doesn't end here.

I remember last night's game. Of course it won't be one for Cleveland to forget, since it was such a heartbreak. But, I view it as a perfect summary of our city as a whole: We never give up. We always strive to finish strong. We always support each other, no matter the rivalry.

Let's talk about that game last night for a second. The fact that Cleveland finished so strong makes me the proudest fan of all. Sure, we didn't get the title, and that's what we all strive to get. But throughout the season, the Indians showed us how a true team should be, and that's what makes me the happiest girl in the world.

I can still remember my roommates and I screaming when we actually tied the Cubs to be one step closer to winning the World Series. Seeing LeBron scream on my TV made me just as pumped. Seeing Snapchats of Cleveland sports fans made me realize in that moment that we all were one. And that was one instant of my life that I will never forget. I'm smiling as I'm thinking about it.

And let's not forget that extraordinary Cleveland Christmas.

Please dry those tears, Cleveland. This dark time will pass. There's so many reasons to be proud of our Tribe and to still be proud of our city. After all, Cleveland has been named the current hottest city by Forbes.

Sure, we have our haters. We have people who will look at us with the Queen Bee high school girl eyes, but that's ok. What really matters is all that we have accomplished. So, we'll let them keep judging.

God has proven to us that the Indians are truly a remarkable team. What city can really say they've almost won three championships in the same year?

So sure, let the people talk. People may look at us and our city foolishly for a while, but the city of Cleveland will always continue to live up to its values. We're all about pride, love, unity, and strength. We support our teams and no matter what happens, we will continue to do so.

We need to continue to live out Cleveland's values everyday, sports or not. We all need to come together and be proud of our accomplishments. We need to root for others and realize failure sometimes has to come before success. We need to have all that fan energy in our daily lives.

Smile, Cleveland. Remember, it looks better on all of us. And remember to believe in the power of, "There's always next year."