These Schools are the Best of the Best in Texas! 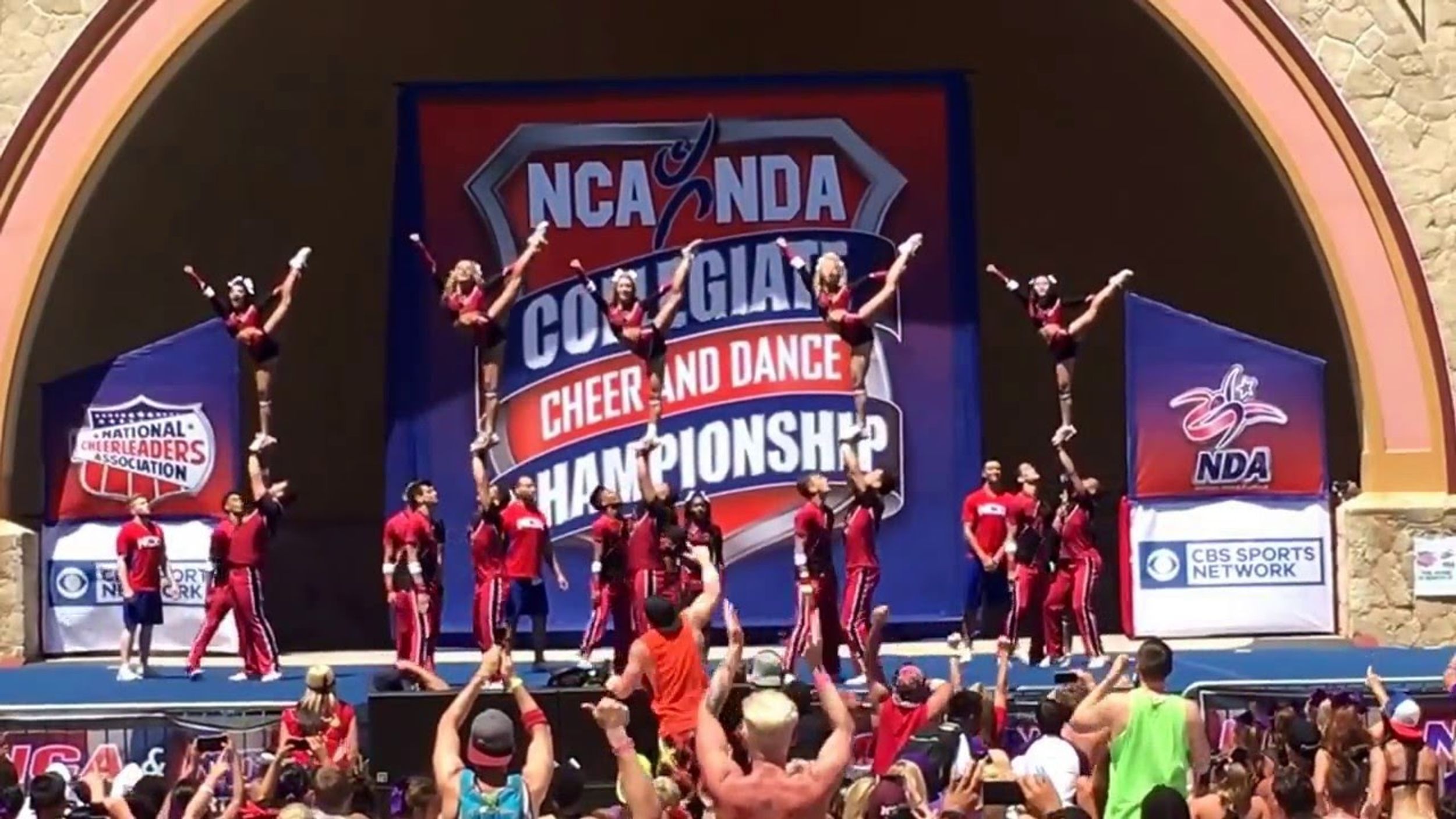 How the team places at events like NCA or UCA nationals

What you can get paid for just by doing what you love-cheer.

One of the coolest thing about cheering in college or a big university is being down on the sidelines cheering on your team! Things like how your football team does each year was something to take into consideration (how many games they win, how many championships they've won, how far into the playoffs they go, etc) and of course the atmosphere on game days!

SFA has a small and large coed cheerleading squad as well as an all girl team. Their all girl team won a title in 2016 with an awesome routine! They then ended up dropping to intermediate the next year and although they did dominate their intermediate division and ended up with a win in 2017, it was an intermediate team. Their Large coed is competitive in their division every year and tied for 3rd place at the 2017 NCA nationals. Their small coed finished in 2nd place. As a program they have won numerous titles throughout the years!

6. University of Texas at Arlington

UTA has an extremely talented team every year and has won their division four times in a row. They are the current reigning champs in Small Coed I Division.

Blinn College has won four back to back titles in the Small Coed II Division. They also got the highest score out of all small coed teams in 2016. They are fiercely competitive and have a close knit family type atmosphere. Blinn college also offers a wide range of scholarships for its cheerleaders! They are the reigning champs in the Small Coed II division.

Trinity Valley has 11 national title wins and has won back to back titles in 2016 and 17 winning grand champion over the whole competition in 2016. They are the current reigning champs of the junior college division and always put on an amazing routine!

This two year junior college is no doubt one of the best cheer squads in the nation. Their last win was in 2015 but with 12 titles under their belt (seven of them in a row) and four Grand Champion wins, Navarro could be back on top anytime now.

Sam Houston State is a great place to cheer at! Game day at Bowers stadium is something to experience! The rivalry between SHSU and SFA runs deep and the Battle of the Piney Woods game is something cheerleaders on both teams look forward to every year! Sam Houston has won the battle 54 times and SFA has won it 35.

SHSU is home of 2014 All-Girl national champions as well as 2017 group stunt champions. Sam Houston's coed team is also a top contender every year and won back to back titles in 2015 and 2016 as well as took home the UCA partners stunt trophy in 2015. Sam Houston also offers great scholarships opportunities to coed members only.

Texas Tech made #1 on this list, with not only an awesome game day experience that is enough to draw cheerleaders in; Texas Tech blew everyone away with their performance this past year on the bandshell winning their first NCA national title as well as receiving Grand Champion! Texas Tech has been an up and coming team for the past few years and has always done well at NCA nationals but had never won. They finally did what no team before them was able to do and even competitors were excited to see them receive their first NCA win!

All of the teams listed above any cheerleader would be lucky to cheer at! They are all exceptional cheer programs that have won the NCA college cheer competition!