What I Gained From Doing Crossfit For Six Months
Odyssey

What I Gained From Doing Crossfit For Six Months

All about those gainzzz *insert muscle emoji* 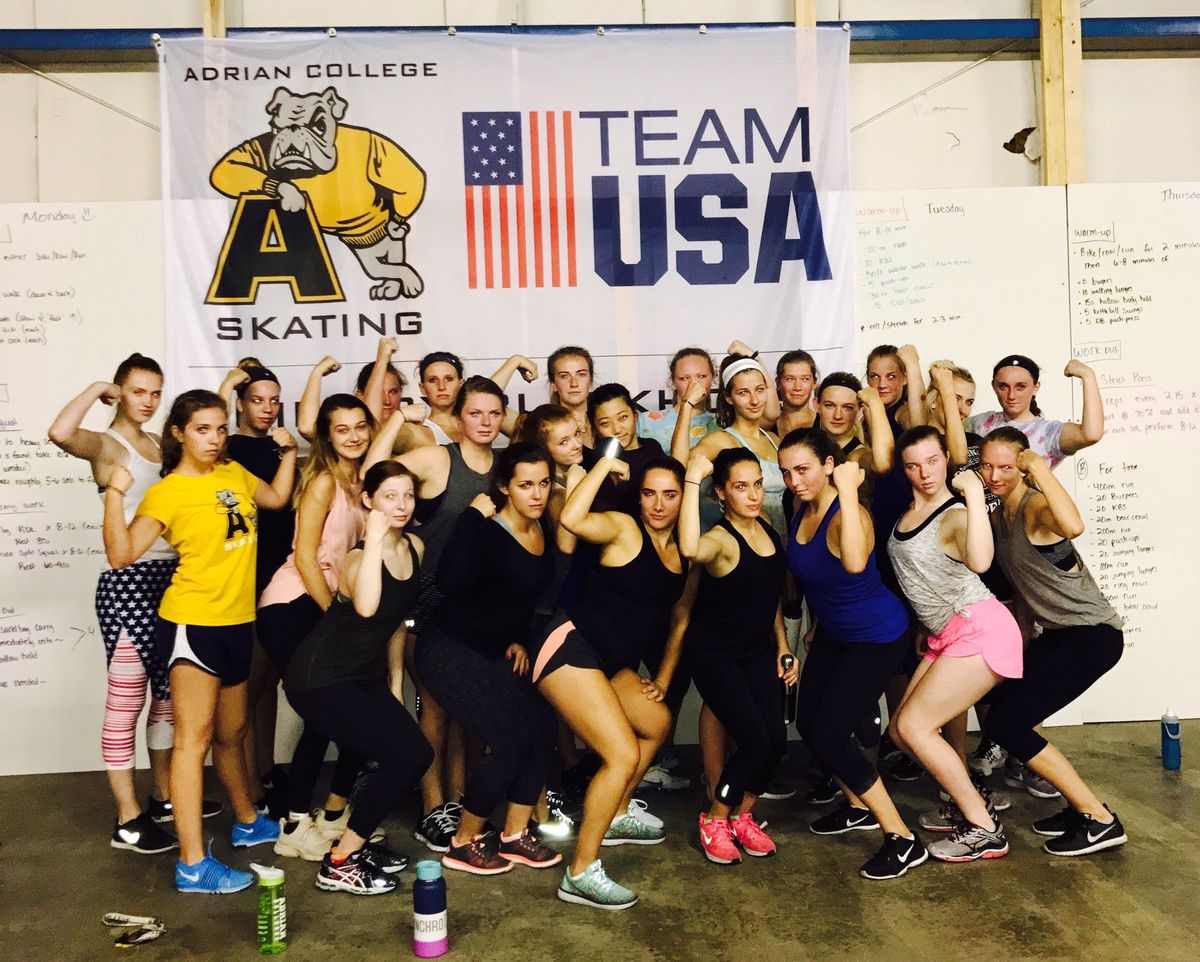 Before starting college, my weekly workout consisted of a pilates class once a week and the 7-minute workout twice a week. So Crossfit was an extensive shift from my previous workout plan (the 7-minute workout is practically the warmup for Crossfit). Beginning in September, every time I drove down the road past Crossfit, I would get a pit in my stomach -- even if I wasn’t going there. As a member of the varsity synchronized skating team at my college, we were required to attend two community workout days (a group of 4-5 skaters) and then one day where we came together as a team to workout. Over the past six months, this pit in my stomach got smaller and smaller after each workout. I started liking Crossfit once I began going into it with a healthier mind set. After doing Crossfit for six months, I gained more than just muscle and stamina...

1. Working out isn't a competition -- it's a measurement of progress

From the very first day of Crossfit, I was extremely self conscious about the amount of weight that I lifted. I started at the very bottom of the rung; lifting only a 15 pound barbell while the rest of my teammates were using a 35 pound barbell with additional weights on the sides. This made me feel like I wasn’t part of my team because I wasn’t doing the same amount of work as everyone else. Every time we did a team workout, I finished 22nd out of 22. And as someone who despises finishing in last place, I felt even more discouraged. It wasn’t until January after a few pep talks from teammates and coaches, I started to focus more on improving myself rather than how much my teammates lifted. This helped me to find a new work ethic for Crossfit which made me start to enjoy every second of it. Moving up to using the “big plates” was one of my happiest moments, signifying that I was getting stronger. Although I still used the 15 pound barbell, I never had to worry about there not being enough of them since everyone raced for the 35s. When it came to the last few months of doing Crossfit, I found myself having to share weights with my teammates and occasionally lifting the same amount as them during a workout. But in the moment, I didn’t really care -- it was just an added ounce of joy that made me a tiny bit happier at the end of the workout.

2. I can't lose anything from pushing myself

Since the beginning of my arranged, required exercise classes (a.k.a middle school P.E.), I was notorious for coming up with excuses to NOT do the activities planned for that day. Even at skating camps, I would do a few less reps than everyone else because I did not want to fall behind and be that one awkward person who finished last. When I started Crossfit, I told myself that I did not want to jip any workouts and that if I do anything, I have to give it my all. This goal of mine carried throughout the six months and constantly motivated me to do better. There were times when I finished last and was disappointed in myself, but I knew that I had given the workout my best and I was proud of myself for not cheating it. In the last two months of Crossfit, I began to finish the workout or AMRAP even if the clock had stopped. I wanted to finish the set I was on, despite the fact that everyone else was already finished. There was this new drive inside of me that just pushed me to do more even when I wasn’t required.

3. Just because I'm short, that doesn't mean I can't do it

As someone who is 5 foot on the dot and generally petite, there were a few more things that I struggled with than just lifting. Rowing, biking, wall balls, and pull ups, for example, were all at a disadvantage for me because of my height. Someone came up to me and told me that the reason I fell behind was because of my size and that struck me. I did not want that to be the reason why. It easily could have been my technique or lack of stamina. My height should have nothing to do with how I exercise. If anything, because of it, I’m drawn to doing more than everyone else just to meet up with them. With this new drive that constantly pushed me, I was not looking for a modified exercise. I did the exercise to the best of my ability, even if i had to stay on the rower or bike longer than everyone else to reach the desired calorie number.

4. If I can do Crossfit, I can do anything

The workouts for Crossfit were tough. After reading the workout of the day, the pit in my stomach would grow larger and larger as I feared the intensity of the workout. But while I was completing the workout, I totally forgot about how much it sucked. I was not only relieved when the workout was finished, but I was proud of myself for doing something that I didn’t think I could do. I began telling myself throughout the day that “if I can do Crossfit, I can do anything,” even if it had nothing to with Crossfit, like taking an exam or speaking in front of a large group of people.

5. It never hurts to support the people around you

Crossfit would not have been possible for me without the endless support and motivation from my teammates. They helped me to push myself even further, encouraging me to reach for the 15 pound dumbbells instead of the comforting 10s. There were numerous times when I felt discouraged, but they were always there to keep my spirits high, cheer me on, and inspire me to keep going and not give up. After noticing how much the upperclassmen support each other and us freshmen, I started cheering on my teammates on too. This created a positive atmosphere that I was so happy to be a part of. Once I got comfortable with being my own cheerleader and one for my teammates, I started to encourage the strangers around me who were also working out. That was just the environment that Blackhorse Crossfit was: giving constant motivation and support for those dying in the workout with you.