Being A High School Basketball Coach Is Hard, But We Are Necessary
Odyssey

Being A High School Basketball Coach Is Hard, But We Are Necessary

"I'm right there with you when the game is on the line I spend my nights thinking about a tough loss." 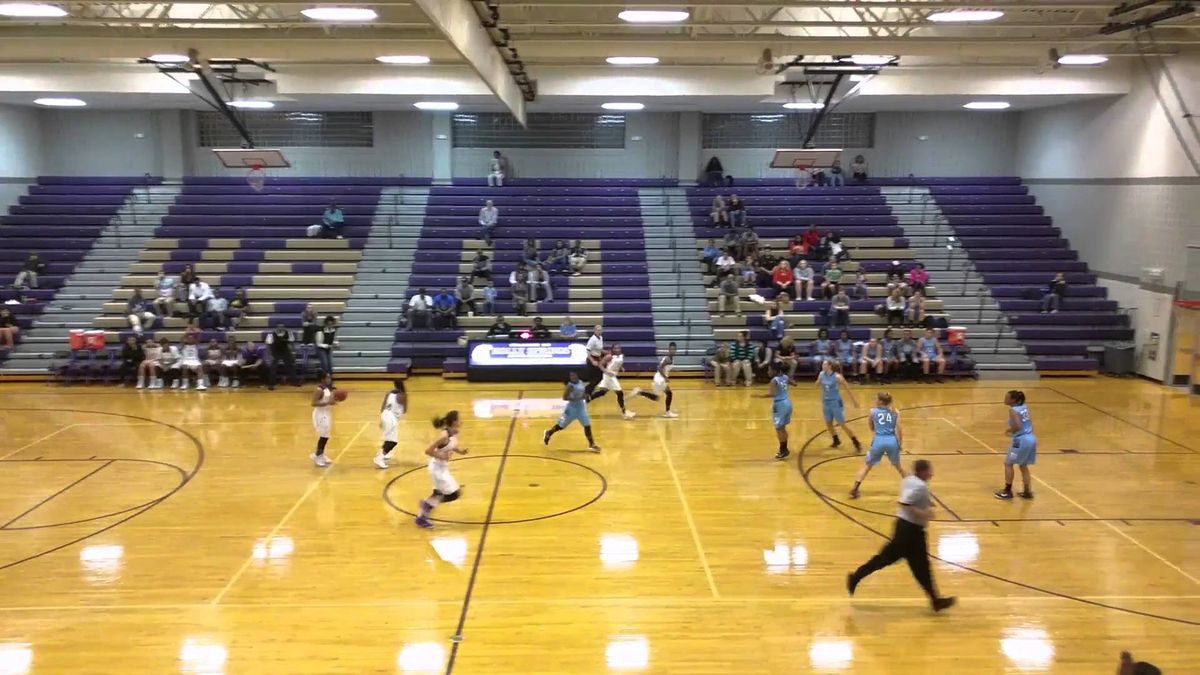 Basketball is my life. If I am not playing, I'm coaching. If I'm not in the gym practicing, I am watching. I have traveled out West. I have been up and down the East Coast; I even went across the world because of basketball and I'm not a professional. I started playing basketball as a young girl. I had amazing potential, but I never reached it.

Unfortunately, I grew up in a time where coaches still threw balls at your head and jacked you up by the collar. Those times are long gone, but I can't help to think those times somehow benefited athletics. What I mean is, it toughen me up and instilled character. I learned more from coaches who didn't take shit than coaches who were laissez-faire.

I told myself when I was 22, that I would never be like the coaches I had in college. If I see something wrong I will say it. I won't let favoritism ruin my program. I will let the best players play. I don't care if parents are involved in the school. I don't care if you are a senior and I don't care if you are the next Andrew Wiggins: I don't do politics. Wrong is wrong. One thing I did forget was, my temper put me in a bad position in college. I found myself in the lowest level of basketball riding the pine. I always was a workhorse, but my sense of entitlement held me down. Although my college coaches weren't the best, I respected one thing: their passion.

Of course, some of them weren't great, but my responsibility as a player is to work for the team. The team is first and the coach has the final say. No matter how corrupt or terrible a coach is, it is his or her team. My last three seasons as a coach, I have never been so emotional or heartbroken. The passion of a coach is far greater than their players. High school parents and kids have forgotten basketball requires more than talent. It requires work ethic, heart, discipline, grit, and camaraderie. What happened?

Do kids only play hard when they know they are going to college? Do kids not care? Do parents think their child is putting in the work to be the next basketball star? Do kids only take pride in social media attention- likes and views? Does wearing a high school jersey mean anything? Stephen Curry is the best shooter in the game and he still works on his shot outside of practice. Kids complain all the time that so and so has a scholarship- well so and so puts in the work. Do you? Many high school athletes will not play college sports. That is a fact. And most if not all will not even sniff an athletic scholarship. You can average 18.00 pg and Brenda Freeze will not be on the sideline at senior night. Kids riddle with excuses and parents complain.

The last game of the season muffled with tears and frustration, I broke down. I screamed and yelled at my players after our lost. Why? Because players and parents don't get it. Coaching is a hard job and in these times, parents are messing up their children. Talking junk about your teammates does nothing positive for the team. Kids are more afraid of not playing then speaking up for what is right. Kids would rather talk back then suck it up and pay attention.

"Get your child to the gym."

Kids don't respect coaches anymore. Coaches can't discipline without parents screaming "Discrimination!" or "Mistreatment." I can't tell you how many times I had players tell me they aren't going to do something. They refuse to run for breaking team rules. If you critique them they cry and if they don't play they pout. We could be up 20 points and if a kid is having an off night they are mad. Hello! The team is winning! I can excuse that attitude in college, but high school? I have got kids that only care about a stuffed stat sheet rather than a team championship.

Entitlement in high school athletics is at an all-time high. Yes, there are bad coaches out there. In fact, 65 percent of high school basketball coaches are terrible. Don't blame the coach blame the culture and be willing to fix it. If you are mad that your child doesn't get playing time, workout with them. Go to the YMCA and shoot hoops with them, tell them to work on their free throws, go to a college basketball game. Listen, sometimes a kid isn't going to play and sometimes you have to earn every stinking minute. It's Life! If you're frustrated that your child is not getting recruited sign them up for AAU and hire a trainer. I don't care if your child won't make a college team, its time to retire excuses. Whatever you do, just get your child to the gym. Your child should give a 100 percent regardless if they are May a Moore or not.

"I'm right there with you when the game is on the line I spend my nights thinking about a tough loss."

Look at the coaching Greats, Pat Summit, Mike Krzyzewski, Dean Smith etc, they were serious. They demanded perfection. On the high school level, we don't demand perfection we demand hard work. Coaches spend countless hours behind the scenes. We are the parents, we are the therapist, the motivator, the leader, the preacher we wear those hats and more. Most parents don't know their child's life. Most kids don't like their teachers so sports are an outlet for them. Half of these kids don't even like school.

During the season we see your kids every day. We know if critiquing makes your kid uncomfortable. We also can determine the character or lack of by your child's body language. Many parents complain about how much money they spend during a season.

Why do we Coach so hard? We coach hard because we love the game but most importantly we coach hard, because we try to get kids to realize potential they never knew they had. I coach hard because I love the game. I breathe the game. I'm right there with you when the game is on the line. I spend my nights thinking about a tough loss: I think, what play could I have drawn up to sink the game? What did I do wrong? Should I call a timeout? I'm screaming at the ref when he or she isn't calling the game fair. I'm heartbroken when the opposing team hits the last second shot to win the game. I'm jumping up and down when we send the game into overtime. I know what its like to spend countless hours working on my shot. I know what its like to be a player, a teammate, a volunteer, and now a coach.

Playing basketball is temporary, but coaching last forever. Some years I may not have a winning team, but I still come to the gym ready to work. I'm nervous, too. Because when we lose, I lose. I sacrifice. I give a thousand percent because I love how basketball prepares you for real life. I love the spirit of the team and when the spirit is right you can move mountains. I considered basketball teams family. That's why I go so hard. That's why I am who I am. And that's why I'm also frustrated with coaching.