For all high school seniors who don't know what to write for college applications, read this great example! 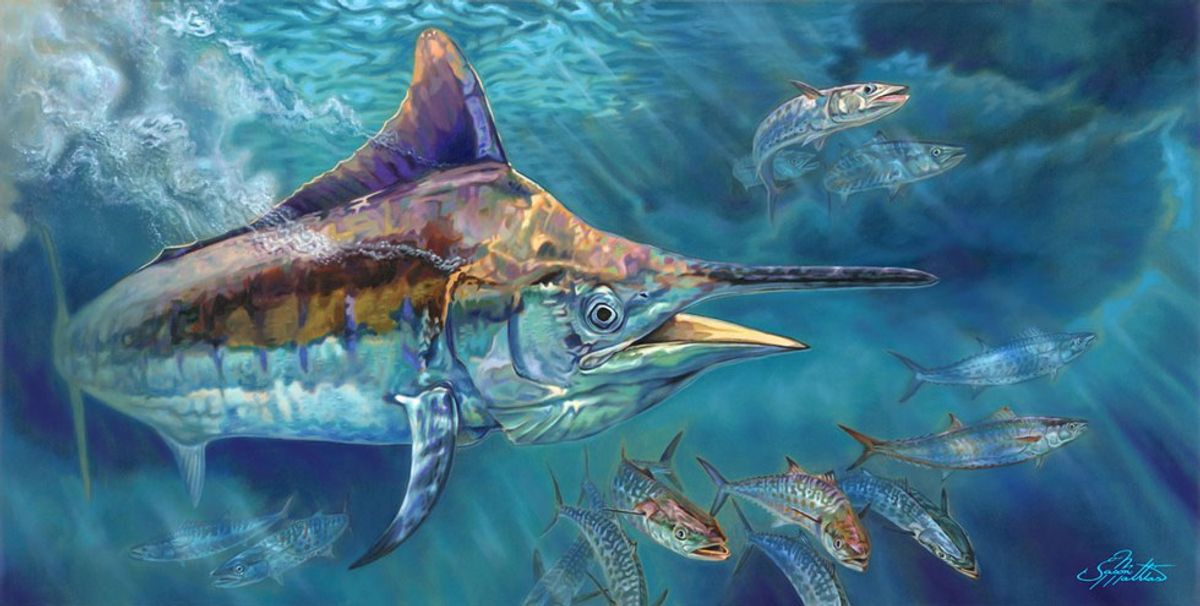 For all you high school seniors who are now applying to universities, many times they ask you to write about a life experience. If asked, don't settle for the ordinary, normal, and boring. Give them a show, a thrilling story about an event in your life. The event per se doesn't have to be "outta this world," however, the way you tell it has to be. The finished product has to be exciting, inviting, seductive. Here, I will leave you a perfect example from a dear person in my life. He wrote about fishing, but he delivered an adventure of a lifetime. Have a look at it, I hope it inspires you!

"I was 10 years old and I woke up to a noise. I had never heard it before and did not know what it was. I stood up, half awake, and the rocking of the ship knocked me over. Suddenly I remembered something my dad had said to me, "If the boat stops suddenly, go outside and sit in the chair in the middle of the deck."

While running outside, half asleep, I knocked my body against the ship once, twice and three times. When I finally got outside the odd sound became clear to me. It was the reel`s clanging noise to alert that something was on the end of the line. My heart started pounding; the line started leaving the reel rapidly. Suddenly, without warning, the fish jumped; it was a majestic sight. It was huge, bigger than any animal I had ever seen. It had a big stretched bill, a long dorsal fin along its back, and a big blue eye.

As I ran towards the chair I screamed, “A marlin! We have caught a marlin!” My dad and brother woke up and ran behind me. When outside and was strapped to the rod, I looked all around me and saw nothing but blue. I realized I was in the middle of the ocean and in fairly rough seas. I felt a faint breeze and insecure and tiny and isolated compared to everything around me. I got the rod and started to reel the fish in; I got tired fast because my opponent on the other side of the line was big and powerful.

I did not know what to do except to keep reeling in. I did not realize how much I was sweating in only ten minutes. The windy morning turned into blazing heat on my head. I kept fighting, and because I was strapped to the rod, if I ran out of strength the marlin would pull me in and most certainly drown me. That thought crossed my mind every time I felt a tug or a yank. The line started to go up to the surface and then the immense creature leaped into the air about 20m away from the ship. Only then did I really realize the tremendous challenge I got myself into. The marlin began and I started to reel him in with almost no effort. I reeled and reeled in until the leader, a double line that indicates the fish is close, came into the rod. My opponent pulled harder than ever and I could not stop him. The reel had about 350m of line and 300 of them were taken out by the fish in what seemed like an instant. I started to get desperate and forced the fish to stop by forcing the brake on the line, but as a rookie I learned you should never do that.

SNAP! The line broke and it was all over. The marlin had escaped because of me, and I felt as if the fish had stolen something from me. I let out a big sigh and was disappointed in myself. I wanted to erase that image from my mind. I went inside the boat with my head down.

My dad and brother came in and tried to cheer me up, but nothing worked. Then the captain entered and told me the fish I was fighting was an estimated 500lb black marlin. I was defeated by nature and there was nothing I could do about it. Since then I have encountered four more marlin and have won each and every round. Looking back, I felt like Santiago at the end Hemingway’s book “The Old Man and the Sea”- broken down, destroyed, exhausted, but persistent."

As you can see, the essay is not extremely long, nor it uses big, complicated, SAT words. The tale is simple, but attractive. Makes you want to keep reading, to know if he caught or not that big marlin. Do that. Tell the world about an experience that changed you life, or even about a moment you think about sometimes. Write it so the person reviewing your application wants to keep reading, so they want you on their team. Give them the fisherman's tale they want to read, an adventure of a lifetime.

Disclaimer: the content of the essay provided was written and approved for publishing by its original author Nicolas Calle. It is not to be used for personal purposes.