I Am A Feminist

Let us never forget the real goal of our movement. 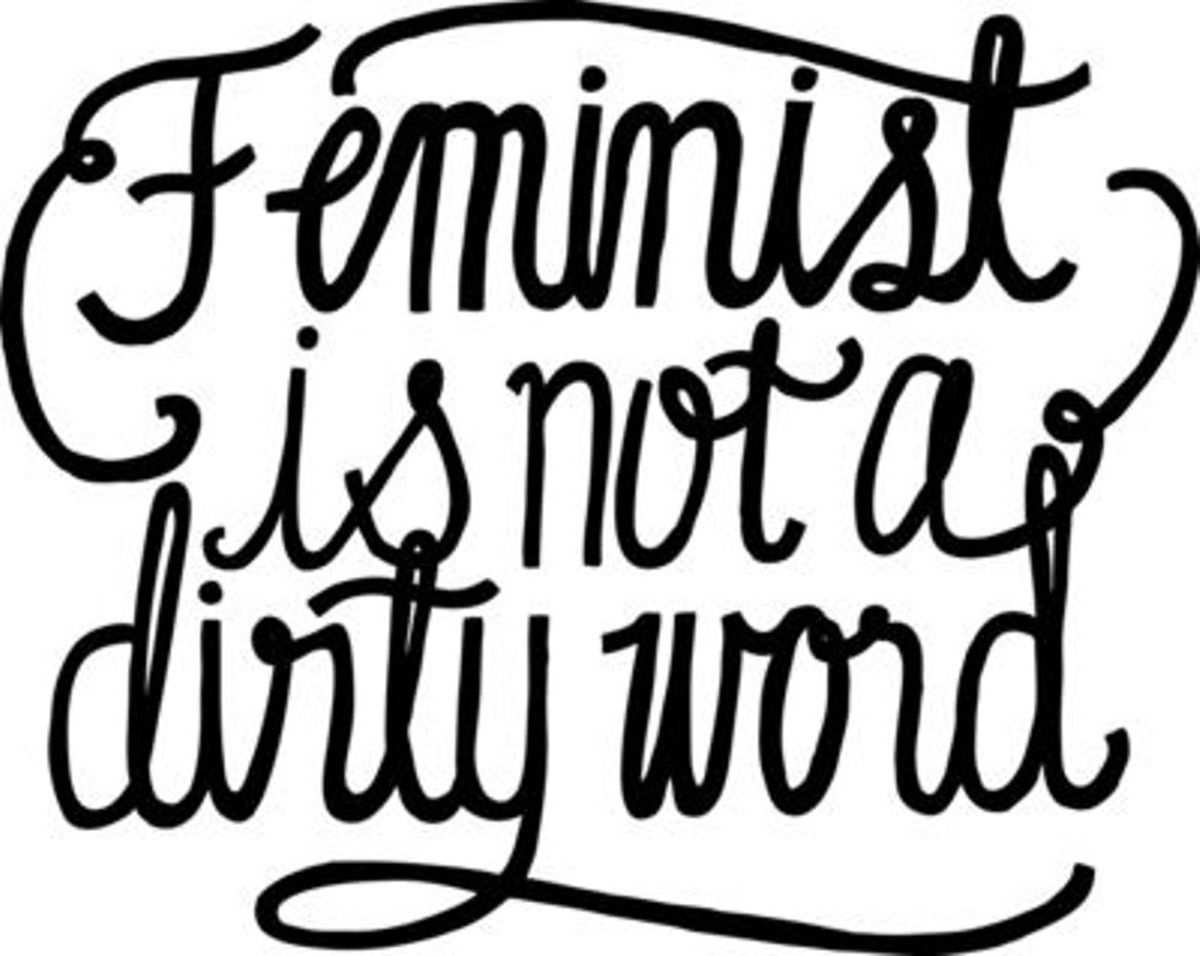 Feminism (fem•i•nism): noun. the advocacy of women's rights on the grounds of political, social, and economic equality to men.

Extremist: (ex•trem•ist): noun. a person who holds extreme or fanatical political or religious views, especially one who resorts to or advocates extreme action.

A few days ago, I was reading a blog post that suggested some literature for feminists. It seemed like a rather "peaceful" blog, as the suggestions seemed all picked up for the purpose of informing only. But, as I began to scroll around the same blog, I noticed many comments by other users against men and, ironically, against other women as well. Now, I understood some comments against men, and though the movement should never be about hating on the opposite sex, rather, advocating for being seen as equals in different social, economical, and political (among others) lenses, some girls spoke about their experience with "some men".

Yes, when guys use the "not all men" phrase, a feel a notch in my gut, maybe many others do, but, in all reality, have I met all men? Have I met every single one on Earth? Have I dated each one of them? Have I? Most of the guys I've met are wonderful people, supportive, caring. Others have been ignorant and very disrespectful. I hate generalizing.

But this article isn't focused on guys and their side of the story in terms of dealing with feminists today. My focus today goes to a group that, surprisingly, gets as much or even more hate from extremist feminists than guys (even if you may not believe this): other women.

You may think this is impossible since feminism is supposed to be by women for women, right? You wouldn't believe me if I told you that many women get bullied in grounds of feminism. And the things is, some feminists don't even realize what they are doing but others give the movement a terrible name by misunderstanding what the point of it is. As a feminist, I consider that "freedom" is a valid point that we're seeking in this movement. If it isn't, then don't expect to call myself a feminist anymore.

Girls should be free to love makeup, the color pink, cooking, cleaning, wearing dresses, cheerleading, classic romance stories, and many other activities while also being feminists. One thing doesn't undermine the other. "But it doesn't?" you may argue. And you're right. But many can't see the difference.

There are many things I enjoy that seem imposed to me by the "patriarchy" or the model society wants me to be. It does not make me less of a feminist; I still believe in the movement and how grateful I should be with all the women in history who broke the male imposed rules and made their own rules, which led to many of the things I enjoy today.

Don't underestimate my belief in the movement or my intelligence just because I enjoy things like cooking and wearing pink.

As women, let's support each other, shall we? Let's protect the things that make each one of us unique. If all women were the same, the world would be quite boring. I don't need to stop wearing a bra, or never use makeup again in my life to prove my feminist values just as you don't have to agree or like the things I agree with or do like. We are stronger the more united we live. Let's stop giving each other dirt because of our differences, instead, let's celebrate them.