Why it is so important to cover women's athletics through the good, the bad, and the ugly. 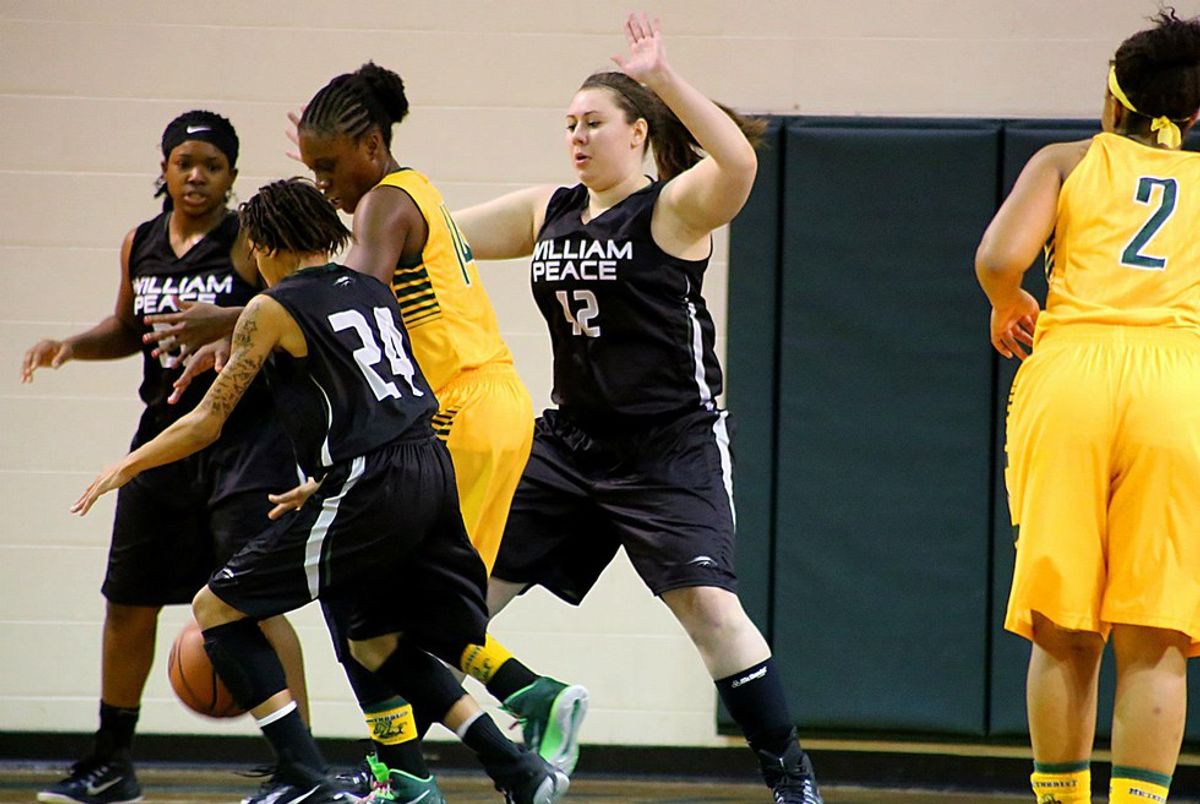 I think that if there is anything about me that is glaringly obvious is the fact that I am proud to be a female athlete. I am the type of person who sits back, tries to think about things from an different angle, and then tries to get my thought and opinions out of my brain. Most of the time, the getting the thoughts out of my brain is the hardest part. I have been, and always will be proud of the fact that I am a female athlete, emphasis on the female part. However, something that has always been a gripe of mine, something that consistently infuriates me is the lack of respect and exposure females get in athletics. Sure, there’s the Katie Ledecky’s, Serena Williams’s, and the Simone Biles’s, but even those phenomenal athletes are consistently compared to their male counterparts. But, why? Why can these female athletes not be just the best. They don’t have to be the best female swimmer, or the best female tennis player, simply the best is good enough to describe those athletes. These phenomenal athletes are constantly compared to their male counterparts, and I want to know why?

Playing like a girl for some reason has always had a negative connotation to it, and I have never really understood why it is said as an insult. One my teams, my teammates, and friends, sisters through the sport never let their emotions drive their game, took injuries better than most guys I’ve seen, and played the game with a relentless passion that cannot be taught or taken away. Whether its playing through a bloody nose, hobbling off the court or pitch on your own will, or powering through nasty breaks and sprains I have seen my female counterparts do it all. So, I once again ask, why is playing like a girl such a bad thing?

I am a fan of sports, I love to sit down, and simply take in a soccer match, watch in awe as the gymnast fly around the gym floor defying gravity, and learning even more about the game of basketball that I grew up playing. I have however, been an anomaly, because I prefer to watch females over males any given day. Don’t get me wrong, I thoroughly enjoy and applaud athletes of all shapes, sizes and genders but the female game will forever captivate me. What most people do not know is I am a huge fan of both the NWSL, or National Women’s Soccer League for those who don’t know, and the WNBA (that one probably a bit more familiar.)

There are athletes like Elena Delle Donne, Breanna Stewart, Candace Parker Kealia Ohai, Crystal Dunn, and Morgan Brain all of whom I began to watch I college in their respective sports basketball and soccer, and followed to the pros. I find, more in the NWSL than that WNBA that the notoriety, and familiarity with the league is not there. Which, to say the least is disappointing. You see, and this is where I’ll hop on my soap box (not really sorry), these athletes show up game after game, and are paid well under what people assume professional athletes make. I wont get into the logistics here, that’s for a research paper in grad school, but the number differential between the males and the female counterparts are staggering. Most of these athletes, don’t know how they are going to make it week to week, but continue to play professionally, because who wouldn’t continue to take the one-time opportunity to do what you love. So, when I see these male pro athletes gripe and complain over these multi-million dollar contracts I shake my head, and think what the women teams would do just to get a fraction of these contracts.

While NBA, NFL, MLB and MLS fans alike most of the time are able to flip on their TV to watch their favorite teams play, the life of a female team fan is far more difficult. When I want to see my favorite NWSL teams compete I don’t even bother checking my TV Guide because I know ESPN or NBC haven’t bothered to televise the game. So, instead I head over to YouTube to watch a borderline subpar stream because I truly do love the sport, the league, and the fact that these athletes lay it all on the line match after match, game after game. They don’t dive, or flop. Do not, gripe and wine life four year olds, they do what they are paid to do, play (much unlike their male counterparts from time to time.)

Once every four years when a novelty tournament comes around such as The World Cup, or Olympics, you can almost feel the interest in women’s athletes grow. Which makes me so excited. That means more often than not, little girls are going to be able to flip on their TV and see an athlete that was just like they were as a kid. Doing exactly what they want to do when they grow up, be a professional athlete. They will see the Sue Bird’s, Allyson Felix’s, the Ali Krieger’s, and Missy Franklin’s and have someone to aspire to be. They will have someone to be their hero, their athlete that they want to be just like when they grow up. Because representation in ALL forms is important. Because growing up if I had the exposure there is now, I would have definitely looked up to an Elena Delle Donne, Breanna Stewart, and soccer warriors Becky Sauerbrunn, and Ali Krieger.

So, the reason for my rant, don’t sleep on female athletes once The Olympics Closing Ceremony is over. Continue to follow those female athletes that you fell in love with while The Olympic Torch was lit. Continue to witness Katie Ledecky tearing up the pool, cheer on Aly Raisman when she goes to compete at the Gymnastic World Championships, because female athletes deserve just as much exposure and recognition as the male counterparts. So, when people say I play like I girl, I will smirk at them and say that’s the plan. These Women train their hearts out, and deserve the world, but since that’s not possible let’s give them the respect they have earned.