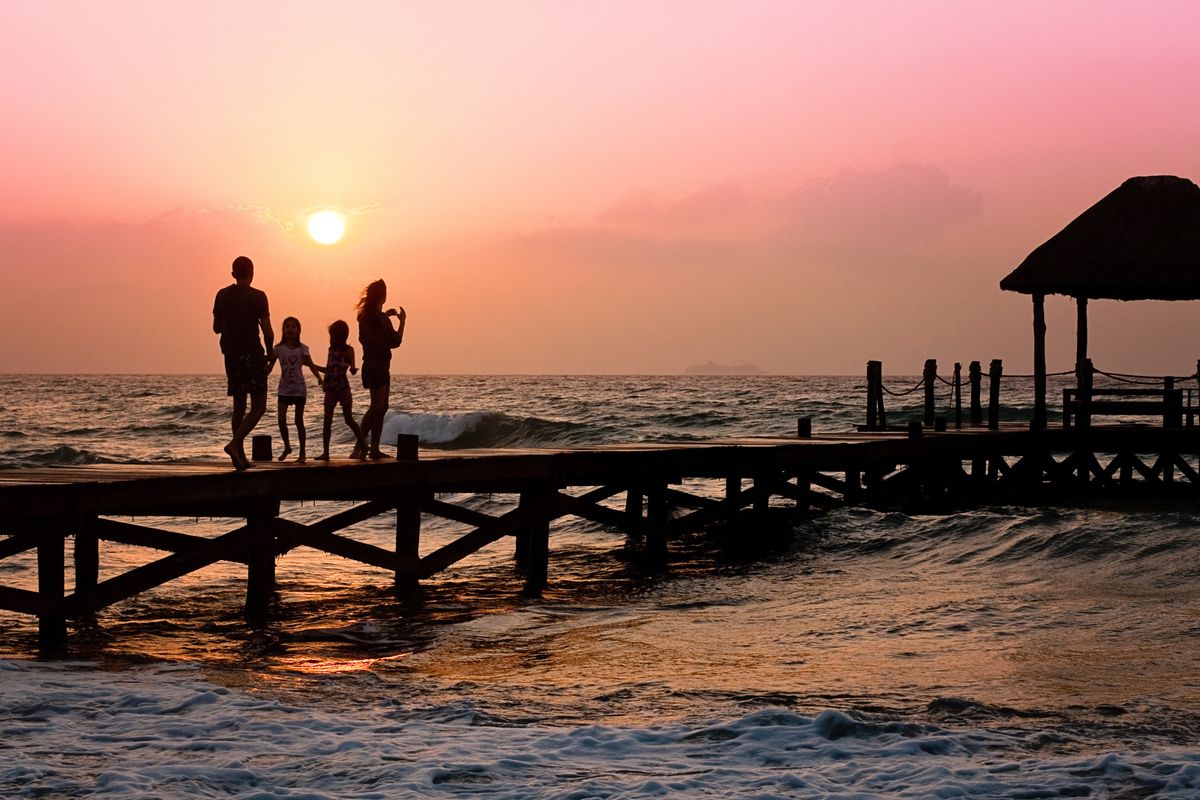 I don’t remember exactly when I was told my mother was adopted. Probably early on when I started to realize that we didn’t look like my Mother’s family. But it’s how I grew up. It was a fact for our family kind of like how the sky is blue and the world is round. It didn’t really matter to me. But it did cause me to have a rather different view of families than many of the people I went to school with and even now with many of the people I’ve met along the way. To me I had several families. I had the family with my Mom, Dad and brother, the family that was my Mom’s side, the family that was my Dad’s side and my Mother’s biological family. So I just kind of accepted that family comes in strange ways.

(Myself, my cousin Carin, my Nana, Sommer and my cousin Shana in 2012)

My brother and I were raised in Upstate New York with the families being spread out between New Jersey, Florida and at one time California. We didn’t see the family in Jersey as often as we all would have liked but we all knew of each other and when MySpace and Facebook became household names we all had accounts and friended each other with the promise we would be better than our parents had been. So we talk on different messengers and try to keep each other as updated as possible. But we’ve always been family, even though we didn’t see each other and didn’t grow up with each other.

(Above is my brother, my Grandmother and myself in 2008)

On the other hand when I moved to Florida I created my own family. These were not blood but they were the ones I chose. I had started to think of people as family before this but this was the first time that I realized it was happening. I met the Florida group over the 11 months that I was on the internship and as time went on they became the family I chose. We spent holidays together and birthdays and random days in between. These girls were my sisters and I wouldn’t change a thing.

(Thanksgiving 2013 with several of my Ohana)

Since I’ve been back I’ve attended family reunions for my Step-Mother’s family and one thing got brought up that stuck with me. A member of the family proclaimed that these people weren’t family because they didn’t grow up with them. And that kind of threw me. These people were blood to that person. But they weren’t considered their family. And I get it. I do. I understand where they came from with this comment. But it still made me think. These comments were a surprise to me. It made me wonder what my place was in this family. Did I matter? I thought of these people as family. I mean our parents have been together 11 years. There will reach a day where they’ve been together most of our lives. But at what point would I be considered family?

Comments have been made for most of my time with them how I wasn’t one of my Step-Mother’s children but I thought of her as one of my parents. She’s done a lot for me but I wasn’t sure how to explain that. I’ve never been one to believe that you can only have so many family members. To me the love and care that I feel for those I deem family isn’t finite, it’s infinite so I can have as many members of the family that I choose. Not that I just adopt everyone, I’m selective in who I spend my time with and I’m selective in who I adopt into the group. My Florida crew or my Ohana as I’ve referred to them as joke about my intuition. It’s the Marissa test. If I decide that there is something off they aren’t brought in to the group. Fair? Maybe not but after some of the very memorable events we’ve had because no one (including myself) listened to my intuition we tend to be a little more careful.

(Louis, O, Little Guy, myself and S earlier this year for Mother's Day)

Either way I still see them as family. I don’t refer to them as steps anymore unless I’m trying to explain the different family dynamics that I have. As far as I’m concerned these people are family and I protect my family. Even if I’m not considered part of their family I’m including them in mine. And at the end of the day isn’t family what you make it?

(Mom and Grandpa in Florida)

I Am Beautiful Because...