A few weeks ago, some concerning DM's between Hammer (34) and several different girls were leaked. The texts, allegedly sent by Hammer between the years of 2016 and 2020, detail fantasies about domination and cannibalism. Unfortunately, it doesn't seem like this story will be ending there. 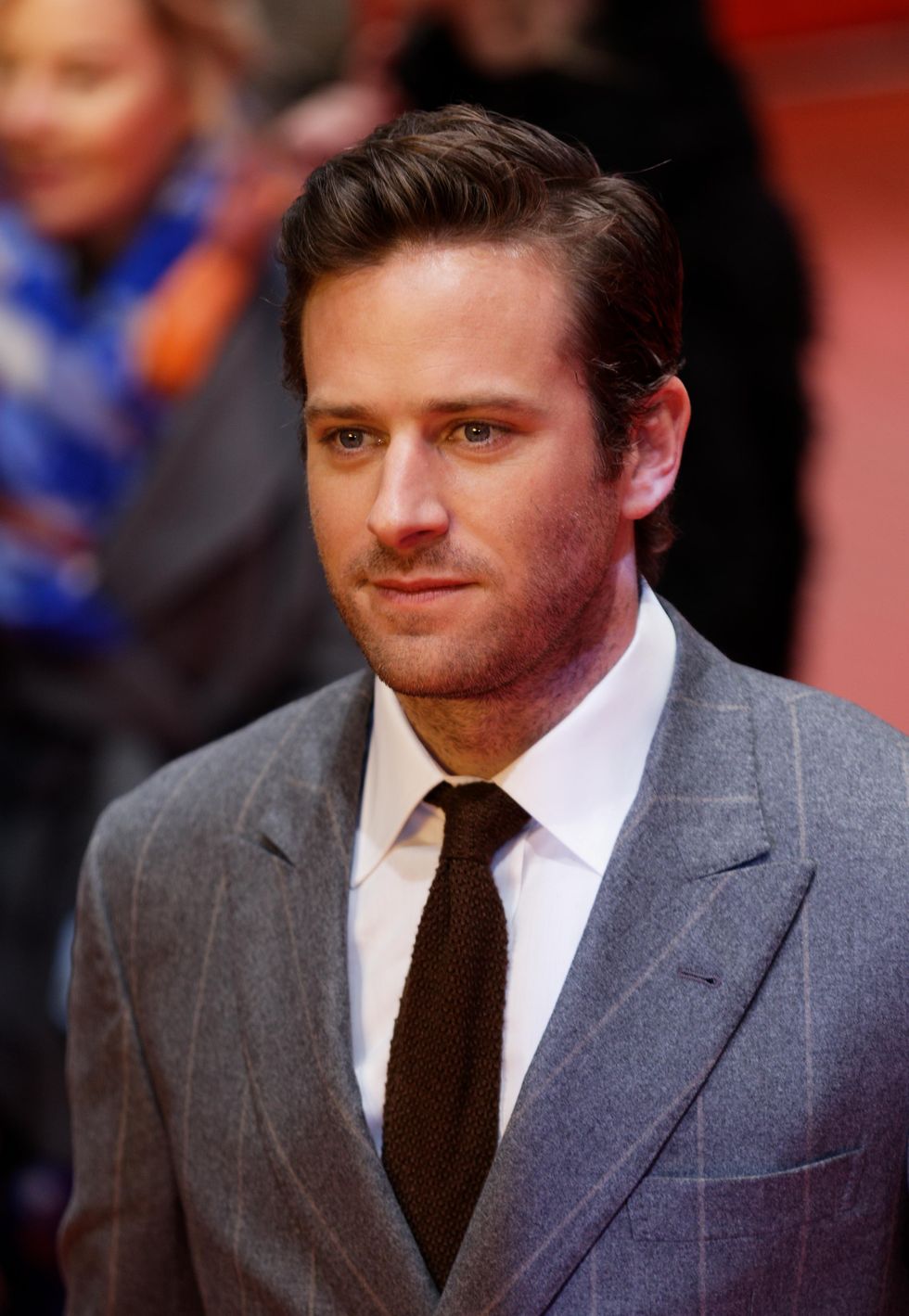 Armie Hammer was born into a ridiculous amount of generational wealth, being an heir to the fortune of oil-tycoon Armand Hammer. He began acting at the age of 22, starring in several films such as The Social Network (2010), J. Edgar (2011), and has several recurring roles on TV shows like Gossip Girl, Veronica Mars, and Arrested Development. The role he is most famous for would be Oliver in Call Me By Your Name alongside Timothee Chalamet, a performance which garnered him several independent and Academy awards.

In 2010, he married fellow TV personality Elizabeth Chambers, with whom he had two children. The couple separated publicly in July of 2020, which you might remember was after most of these alleged DM's were sent.

Around the same time that the unverified DM's were leaked, Daily Mail was able to somehow access Hammer's private Instagram account which has only 12 followers. On this account, he posted several videos of him doing hard drugs, using a vaporizer to smoke DMT, and another video in which he was driving holding a beer and licked white crystals off of his friend's hand. The video in which he used DMT was captioned "When you find out that DMT doesn't show up on drug tests", alluding to the custody battle between him and ex-wife Chambers and posting how he was evading family court drug tests. He posted letters written by his wife and the court, mocking them and obviously believing he is untouchable.

Another video published from his Instagram showed Hammer walking into a hotel room, showing the room in panorama as well as a woman on all fours on the bed who seemed to be restrained in some way. Hammer referred to the woman as "Miss Cayman Islands", later publishing an apology for this comment and saying that she wasn't affiliated with the beauty pageant, but still not acknowledging or admitting to the other concerning allegations brought against him. He has been dropped by several projects he was supposed to be involved in, due either to the controversy or something they know that we don't.

Armie Hammer was dropped recently by his agent and agency, which, mind you, have stuck by him through several scandals and sexual assault allegations. An insider source was quoted saying "It's about to get a lot worse". Hammer, an incredibly wealthy and famous man, randomly decided to work at a hotel in San Bernadino, CA doing construction work. He went off the grid for a few months, much to the dismay of the public who couldn't understand why someone so famous would choose to isolate in a hotel in the middle of nowhere. However, within the past week, three unidentified bodies have been found within 15 minutes of the hotel he was working at. Now, nothing has been confirmed yet, and these are serious allegations to bring against someone, but the timing and location make it hard for me to believe it's a coincidence that a man who fantasized about rape, murder, and cannibalism just happened to be there when it occurred.

I am certainly not one to pass judgment upon others for their sexual inclinations, so long as those inclinations are understood and consented to by all parties. These women coming forth about the sexual "relationships" they had with Hammer in the past described it as being his "personal slave" for months or even years. He wanted to own their "minds, bodies, and souls". A former girlfriend of his said that she had to enter a 30-day intensive treatment for the trauma she endured and the resulting post-traumatic stress disorder from her time spent with Hammer. If you believe women, which I do, but most of the country does not seem to be able to, you can see clearly that these relationships were founded on a steep power imbalance, Hammer being wealthy, attractive, publicly adored, and recognizable. These women had little to no leverage against him, similarly to Weinstein and other rapists exposed by the #MeToo movement, but because he is younger and more attractive, the public seems to think that nothing he did could have possibly been non-consensual. This brings us to a central issue in our country, one at the heart of why we don't believe women: people who think that and eventual "yes" after 50 "no"s should still be considered a no. Coercion plays a large part in sexual assault, so even if someone does eventually agree or if they don't exactly say "no", many people consider this to be consent. Consent is not the absence of a "no", it is the presence of a "yes".