9 Awesome Things About Your Best Friend Being Your Boyfriend
Odyssey

9 Awesome Things About Your Best Friend Being Your Boyfriend 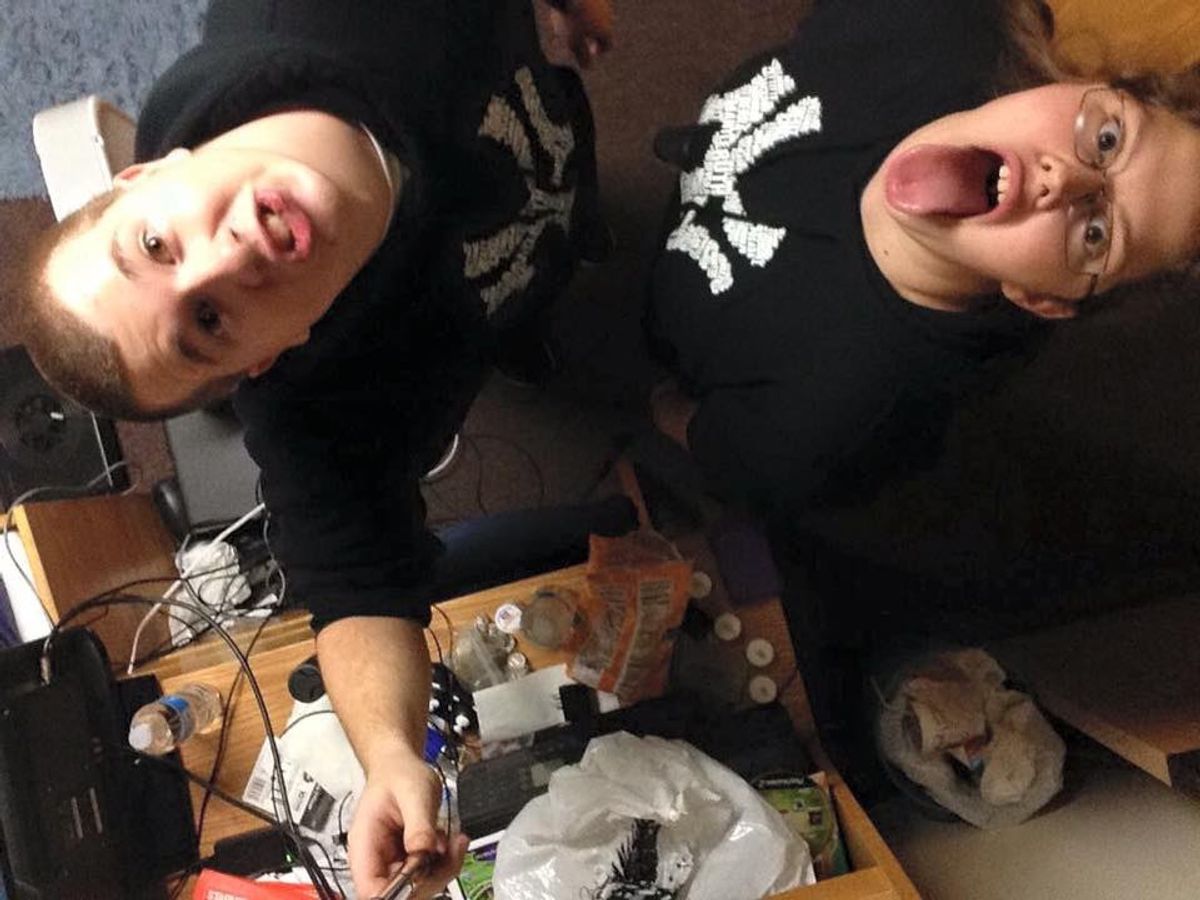 Most girls say that they're dating their best friend. Although, it's true for many cases, it's not true in every case. At least, not true up to the point that you can add and count your boyfriend as a member of the squad. For some and quite a few girls, your boyfriend can go from being your cuddle buddy watching movies all day on a lazy Sunday, to the person you can always go out to dinner with, to being somebody you can rant and scream about life and then split a pizza and cheesy bread from Dominos and binge watch a Netflix series for the next two days. He's the person you can have music jam sessions with in the car while also screaming out the window scaring people just because you can, but he is the person who will always look at you like he just won the lottery. In a long distance relationship, these things are even more cool and amazing. It's one of the best feelings in the world, that your boyfriend can be your best friend and your boyfriend at the same time. Most times he will become your best friend first and your boyfriend later. Here are some of the many reasons and perks of having your boyfriend as also your best friend.

1. He will listen to you rant.

Regardless your age, you could be 15 or 45, you are always going to get into moods where someone did something that has caused you to blow up like a mad person or your just mad about something stupid. Having a boyfriend who will listen and always ( or 99.99% of the time) take your side and allows you to work off all that steam you have is something many girls dream about. A good boyfriend will tell you every time you were right, but a better boyfriend won't just tell you your right to make you happy, he will tell you your right and mean it. A boyfriend never wants to risk having his girlfriend turn on him, but if it's for her benefit he will say something no matter if it's good, bad or ugly.

2. Every car ride will be a jam session.

Your not only just the designated DJ every time you get in the car and go somewhere together, but once you start singing loud and proud badly right next to him, he will have no choice but to join right in with you. After awhile off these jam sessions your music tastes will rub off on each other and sooner then later you will have your own music playlist on both of your phones. So you will always be ready for a jam session. But I suggest not to do them in public, especially if you both can't sing well.

3. There's always someone to take a selfie with.

It doesn't matter if it's creepy faces, snapchat flitters or kisses on the check, every single event(out in public or in your house) you both attend to together will be a new chance to add more selfies to your collection. Having someone to pose with all the time, ugly scary faces or like you're going to prom all over again is something special. I don't know about anyone else, but a run to Wendy's or sitting in Applebee's waiting for your food is the best opportunity to turn yourselves into puppy's or fox's or whatever for snapchat! And the perfect and fun way to make someone jealous of your relationship is you will always have someone to take cute pictures with and post them on Instagram and Facebook! But any moment really is the perfect opportunity for a new amazing picture.

4. You always have someone to eat like a pig with.

A lot of girls are embarrassed to eat in front of their boyfriends, especially when it's the beginning of the relationship. But when your boyfriend is your best friend, its more fun to have a competition to see who can eat the most pizza or when its movie day you know you will both need two bags of chips and all the bags will be gone by hour three. You never have to ask each other if you are hungry because you know they are, so those midnight McDonald's or Wendy's runs are truly the best! Gifts for Christmas, Birthdays or just random gifts have to include their favorite candy because it would be wrong and against code if you didn't.

5. He's always down for an adventure.

It doesn't matter if it's another ride to get food, adventuring out into a snowstorm or watching lighting the two of you always know how to make everything fun. If you can't have fun with your boyfriend doing the simplest and smallest things, then why are you dating in the first place, but that's none of my business. Anyways, yeah going to Six Flags Great Adventure is fun and cool but so is sitting on a bench in park that swings and just talking. I guess my point here is that no matter how big or small, everything is an adventure with your boyfriend and him being your best friend makes it okay to do some stupid things along the way.

6. He tells you about his life.

Every single embarrassing story known to demand that you usually hear from your boyfriend's mom as they turn tomato red is told to you by your boyfriend, because they know you won't judge them, you'll just sit there laughing at them for five minutes instead. After laughing for five minutes at him, you'll give a embarrassing story of your own. But what you're really doing is just becoming even closer.

7. His hobbies become yours.

When it's just your best friend, you could just pretend to like his hobbies and just tell him to shut up and he'll do the same to you. But when he's your boyfriend you have to try harder to pay attention to him and most times his hobbies will become yours, and he will learn to appreciate yours more too. Like when I first met my boyfriend two years ago, I will never forget when he continuously showed me pictures and videos of storms from back at his home in Connecticut for two hours and I wanted to kill him. Now, being my boyfriend for over a year I'm starting to be interested in storms on how they form and all that and I must be dedicated because I became a weather spotter with him for the National Weather Service. I know he will never be interested in theatre as much as me, but I have successfully gotten him to see quite a few shows with me and he has a lifetime more to go!

I've always heard, you have to fight to keep a relationship, which I don't believe that at all. If you have to keep fighting day after day (or even month after month) with your boyfriend to stay together you shouldn't be dating in the first place. No good relationship happens because you had fought, to me a good relationship just happens on its own and you will know when you are with the right person.

9. He's accepted by your friends.

This is probably the best part, because it means whenever you and your friends make plans he will always be invited to hangout too and you're not dividing your time between everyone. Instead your boyfriend is accepted into your friend group. Like when you go to see your best friends play, you know he'll be the one you're going to invite to go with you, when you almost miss your boyfriend's 21st birthday dinner it's okay because you were having fun with friends helping backstage on their play (hey, at least i made it there), and when he makes a New City Trip you know it'll be okay to invite her. (And yes these things are all about the person above. lol.) You will never have to worry about your friends hating on your boyfriend because they have already accepted him, which basically means that you will be marring him, once they accept him it's a done deal. Your friends also don't have to worry about him not being crazy or weird enough because he's willing to be your boyfriend, so he must be crazy enough.

Having your boyfriend and best friend into one is the best of both worlds! What more could you want, except chicken nuggets, but that's for another time.