Changing Your Diet For A Week

The pickiest of eaters (me) tried a little something new, and I will never do it again. 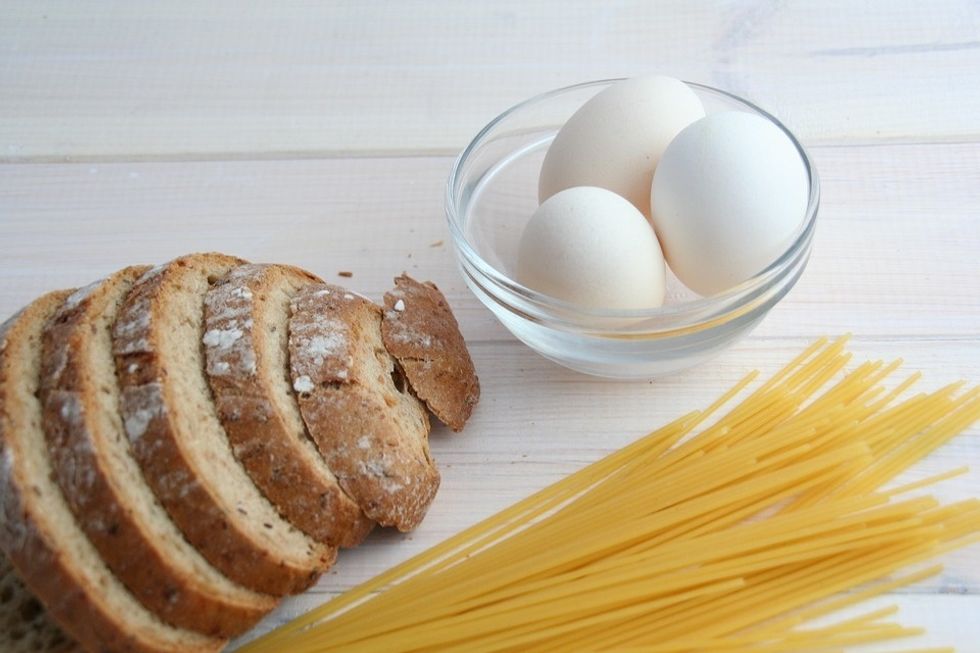 I've literally been the pickiest eater I know since as long as I can remember. My diet consists of A LOT of pasta and bread products, so tons of carbs. I've never been super conscious about my eating habits until I got to college, and everybody else around me would eat much healthier than I would. When people heard how picky of an eater I am, they would be shocked how I live off of carbs all the time, and they would express concerns for my health.

While they seemed worried about my weird diet, I wasn't because this had been my life for as long as I can remember. However, this year, I've been more motivated to take better care of myself, including going to the gym more and not eating junk food constantly. While my diet still doesn't constitute as "healthy," I'm eating much better than I used to.

However, my diet still consists of carbs in every meal. Without any persuasion or convincing, I decided to cut pasta and bread products out of my diet for an entire seven days. Now, to some people, this may not seem like a big deal, but I literally lived off of bread and pasta, so I was going to really push myself out of my comfort zone to try new foods during this week. Clearly, trying new foods is not something I'm good at.

The first morning of this seven-day challenge was the worst. I had an event that morning where I was passing out donuts, and it felt like I was being tempted. I don't think I've ever used as much willpower as I did at that moment to not break my promise literally an hour into it. Once I got through the event and that day, I told myself that I was 1/7 of the way done and that I could do it. Taking it day-by-day and trying not to think about the five or six days ahead of me left made it much easier to not give up completely.

Some days were better than others; I would find alternatives to my usual foods, and I even tried some new chicken soups that I loved. Some days, however, I would literally envy other people for eating cereal or a grilled cheese or a bagel. It was TORTURE watching other people enjoy their meals. That's another thing that happened during this challenge week. I just didn't eat as much in general because I wasn't able to look forward to any meals. That was probably the worst part: not being able to enjoy sitting down with a snack.

I thought that changing my diet for a week would literally transform me into a new person, and therefore, it was worth it. But I was so wrong. Nothing about this helped me at all. In fact, it only made me want to eat bagels, and mac and cheese, and pizza, and PB&Js, and cereal so much more. I didn't try all new foods that would magically turn me into a healthy eater after the week was over. There was literally no benefit to this challenge other than proving to myself that I could do it. It did feel good afterward, but I did not really feel too accomplished.

Take this as a lesson. Now I'm no nutritionist or health coach, but I can say from personal experience that making extreme changes to your diet like that will not benefit you AT ALL. It not only will make you miserable, but it will make you constantly think about all of the things you want to eat, which is tortuous. I can promise that I will never be challenging myself like that again any time soon.