My Dad Defied A Stereotype Most People Hold In Their Lives, And I Have Changed So Much Because Of Him
Odyssey

My Dad Defied A Stereotype Most People Hold In Their Lives, And I Have Changed So Much Because Of Him

He has forever changed the way that I look at others. 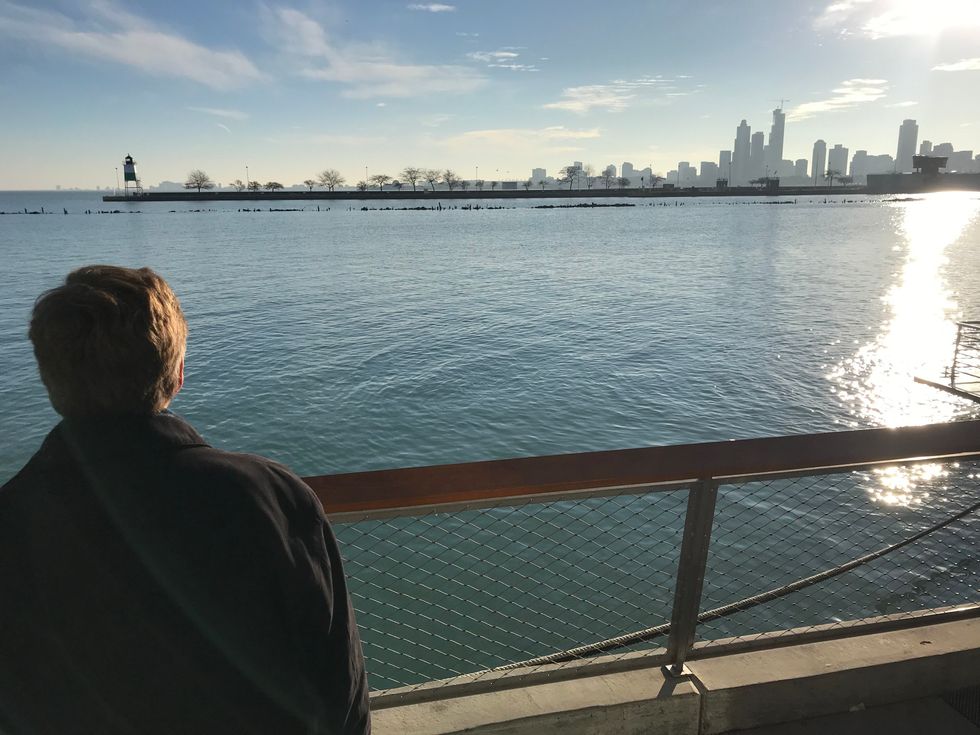 As humans, we are prone to making mistakes. We fail, we make assumptions, we make judgments, and sometimes we gossip about others due to rumors we have heard. We are all guilty of these things, including me. However, the people I look up to the most do not fall victim to the stereotype game.

Not once in my life have I ever heard my parents use a stereotype, and this has had quite a positive influence on me.

I saw my parents' words, especially my father's, be put to action through kindness in December of 2018 in Chicago, Illinois. He reminded me that, before stereotyping someone, I need to take a step back from the situation and put myself in that person's shoes. At that moment, I learned that instead of using judgments about a person, I should use kindness instead of a stereotype in any situation.

Once final exams ended and my first semester at the University of Kentucky came to a close, my parents treated my sister and me with a trip to Chicago to celebrate the start of winter break. We had not visited Chicago since our last trip in 2012, so I was ready to embrace the city all over again.

One thing I noticed during the previous trip was the overwhelming number of people roaming the bustling streets, but this past year I also recognized a surprising number of homeless people sitting in alleyways or along sidewalks. However, none of the people passing them by even looked their way as the homeless people asked for money.

I had the idea in mind that homeless people were only asking for money so they could use it for alcohol or drugs, not for a warm meal. I had developed a stereotype about homeless people.

I kept this stereotype in my mind for years until our family returned for our recent trip to Chicago. On our second day there, my dad and I left to explore the city while my sister and mom went to see "Hamilton," the Broadway show. As we made our way towards Navy Pier and passed yet another homeless person, my dad stopped in his tracks with a shocked expression on his face. We both turned around and I noticed that it was a woman sitting in one of the alleyways.

At first look, I believed this woman was the same as the others I had seen, but once I analyzed her more clearly, I realized she had two young children with her, too.

She also was not begging for money like other homeless people had been doing, and I could not believe my eyes. Without hesitation, my dad took a $20 bill from his wallet, walked over to the woman, and said, "Please take care of yourself and your children."

The woman, crying, said, "I will, sir. My children always come first." As my dad walked away with me, I watched as he wiped away tears from his own eyes.

At that moment, I saw my father use his genuine kindness to benefit a stranger who was in a situation of need.

Despite the stereotype, there may be behind homeless people wanting money for drugs or alcohol, my dad chose to overlook the stereotype. He will forever serve as my role model for many reasons, but his kind actions at that moment went above and beyond what I ever expected.

I learned a significant lesson that day in Chicago. My father could have walked right by the woman with the assumption that she simply wanted money, but instead, he adjusted his attitude. He reminded me to remain kind, because I may not know someone's full story, especially that of a stranger. I do not know what they may be going through.

Everyone's story is different, and everyone is fighting a different battle. By putting myself in that someone else's shoes, I realized the importance of breaking the stereotyping routine.