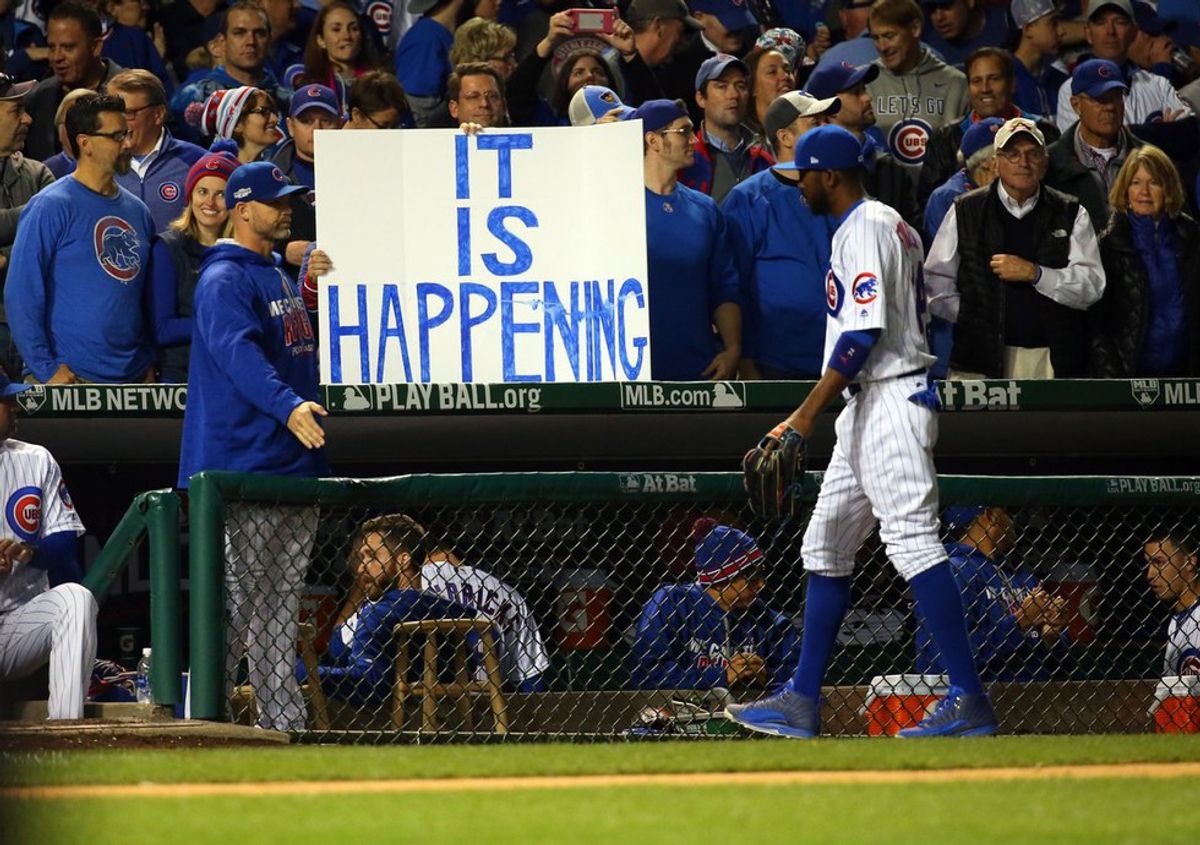 Physicists confirmed Friday that the Chicago Cubs' 2016 World Series win is the solidest piece of evidence that we are living in an alternate universe since last year's notorious Barenstain Bears scandal.

Several individuals and groups are being given credit for accurately predicting the Cubs' victory years ahead of time, confounding scientists with their acuity and foresight.

One Twitter-based prediction, made November 4th, 2014, (almost exactly two years before the November 2nd World Series win) declared that the Cubs would face the Indians in the 2016 Series:

Notably, this prediction declared that the world would end in the middle of a tie in game seven.

Cleveland Pastoral Conference unofficially declared @RaysFanGio "the False Prophet" as early as Thursday morning, stating that the apocalypse prediction was inaccurate, but would nonetheless soon come to pass. The Conference further confirmed that its representatives unanimously agreed that this Day of Judgement would be November 9, 2016, and several of its members are making preparations.

According to Twitter, this man, Michael Lee, infamously predicted the Cubs' championship as early as 1993.

Mouths hanging open in expressions of mixed shock, awe, and horror, the pastoral conference was physically unable to comment on Lee's prediction.

Additionally, it should be noted that the comedy series "Parks and Recreation" predicted the Cubs' victory in a 2015 episode set in the summer of 2017.

Physicists claim that all these predictions serve as evidence that we are currently living in a parallel universe designed by at least one of these suspected masterminds. Some are even claiming that Doctor Strange's Eye of Agamotto was involved in arranging this breakdown of the universe's intricate workings.

Most convincing is the theory that @RaysFansGio actually altered the course of human history by posting the Tweet declaring the apocalypse's imminence as the Cubs made it to the World Series.

As written in Matthew 24:36, "No one knows the day or the hour" of Judgement Day.It is hypothesized that the end of the world was supposed to happen on November 2nd, 2016, but because of this prediction, the Cataclysm could no longer take place.

Hence, according to this theory, either the Apocalypse has taken a rain date, and we are at this very moment living in an alternate dimension in which the End Times have been delayed.