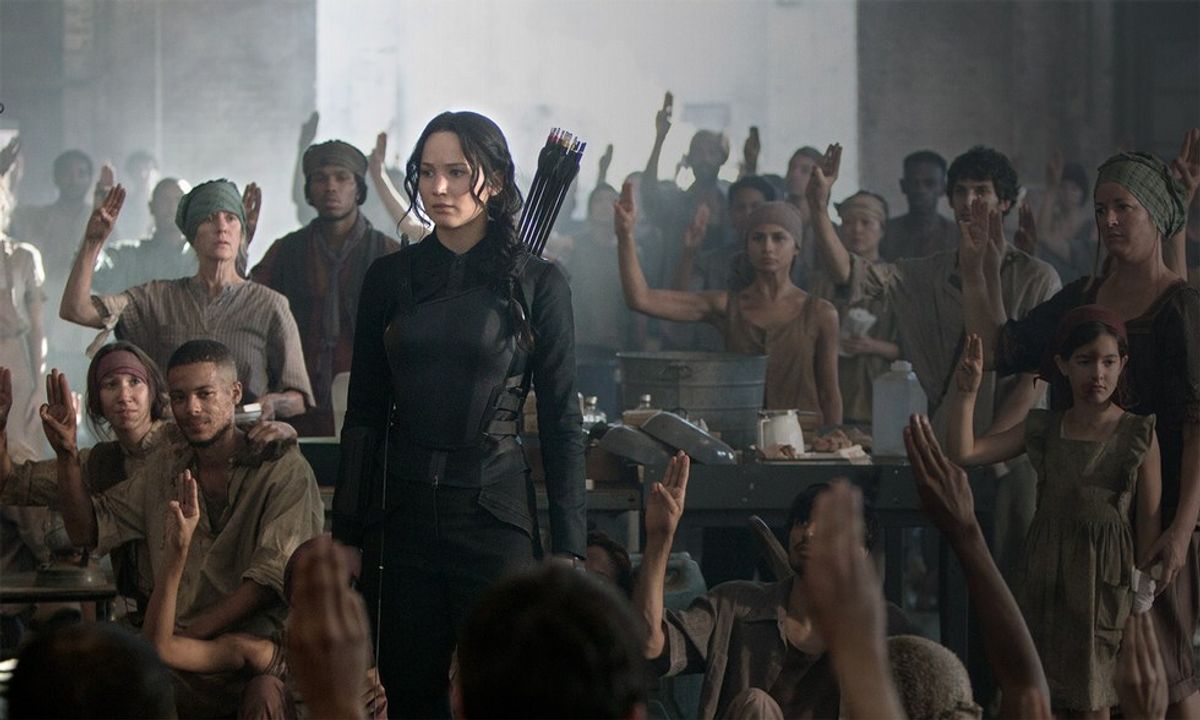 Since the end of the primary elections, millions of Americans have been initiated into apocalypse cults. Following last week's debate alone, over 2.5 million more Americans joined their local commune. Today more than ever, voters are vowing to skip the poll booths, instead donning shapeless linen pinafores and declaring the imminence of Judgement Day.

In the past year alone, more than 14,000 new cults have been formed in the United States, with approximately 5% of those cults being communes on which disciples work and live together, barred off from the rest of the world. However, the number of commune cults has been growing substantially as of late, increasing as the November 8th election approaches. Additionally, the membership of these cults is growing as well, and many commune cults based in underground bomb-shelter complexes are now at full capacity.

The leaders of these cults are of varied backgrounds. Some are politicians, others just concerned citizens. A vast majority of doomsday cult leaders are, as expected, religious leaders such as local pastors and self-proclaimed prophets. These overly-friendly local religious leaders see their role in this election as providers of hope and relief in the face of chaos.

"World War III has been going on for a long time; we're just in denial about it because the UN wants us to think that all is well and we're still in control. But by this time November 9th, we'll all be lifeless corpses beginning to rot as hell-fire rains down from the heavens and burns up our already-charred remains," Reverend Jones of Sunny Skies Nondenominational Community Church (SSNCC) predicted last Sunday in a lengthy sermon.

Smiling, he concluded, "And I, for one, am grateful."

A vast majority (nearly 75 percent) of Jones' parishioners concur, many adding that they believe an Armageddon-size catastrophe would be a mercy at this point.

"I just really want this world to end. Don't you think it's gone on long enough?" questioned Timothy Hoffnunglos, parishioner of SSNCC since 1976.

"Why prolong the suffering?" Sydney Sjeknevik, agreed. "I say we just nuke Russia and get it over with." Sjeknevik is a recent disciple of the Brookside Mercy Chapel cult, having joined last week Thursday. She has spent a majority of her time since on the streets, protesting with large cardboard signs.

Many cults that have formed communes have chosen to build elaborate underground complexes stocked with essentials like dried foods, water storage tanks, and mountains of toilet paper, where citizens hope to live out their days in relative peace after imminent nuclear fallout. Some are even advertise their special "luxury complexes," for which a small discount is available until November 1st if booked in advance.

Other cults, including SSNCC, have declared that apocalypse preparation is a pointless waste of time and that it is better to instead follow the classic advice, "repent and believe."

"It's the Apocalypse, people. The end times," Jones told reporters. "No one survives. You can't prepare for the end of the world, dummy. That's literally the definition of the end. It's over."

However, leaders of those cults that are preparing for doomsday survival urge citizens to do the same, and to join their organizations while they can, as spaces are limited.