Criticize The Women's March, But We're Not Going Anywhere
Odyssey
CurrentlySwoonLifestyleHealth & WellnessStudent LifeContent InspirationEntertainmentPolitics and ActivismSportsAdulting
About usAdvertiseTermsPrivacyDMCAContact us
® 2023 ODYSSEY
Welcome back
Sign in to comment to your favorite stories, participate in your community and interact with your friends
or
LOG IN WITH FACEBOOK
No account? Create one
Start writing a post
Politics

Criticize The Women's March, But We're Not Going Anywhere

We'll fight for our rights either way. 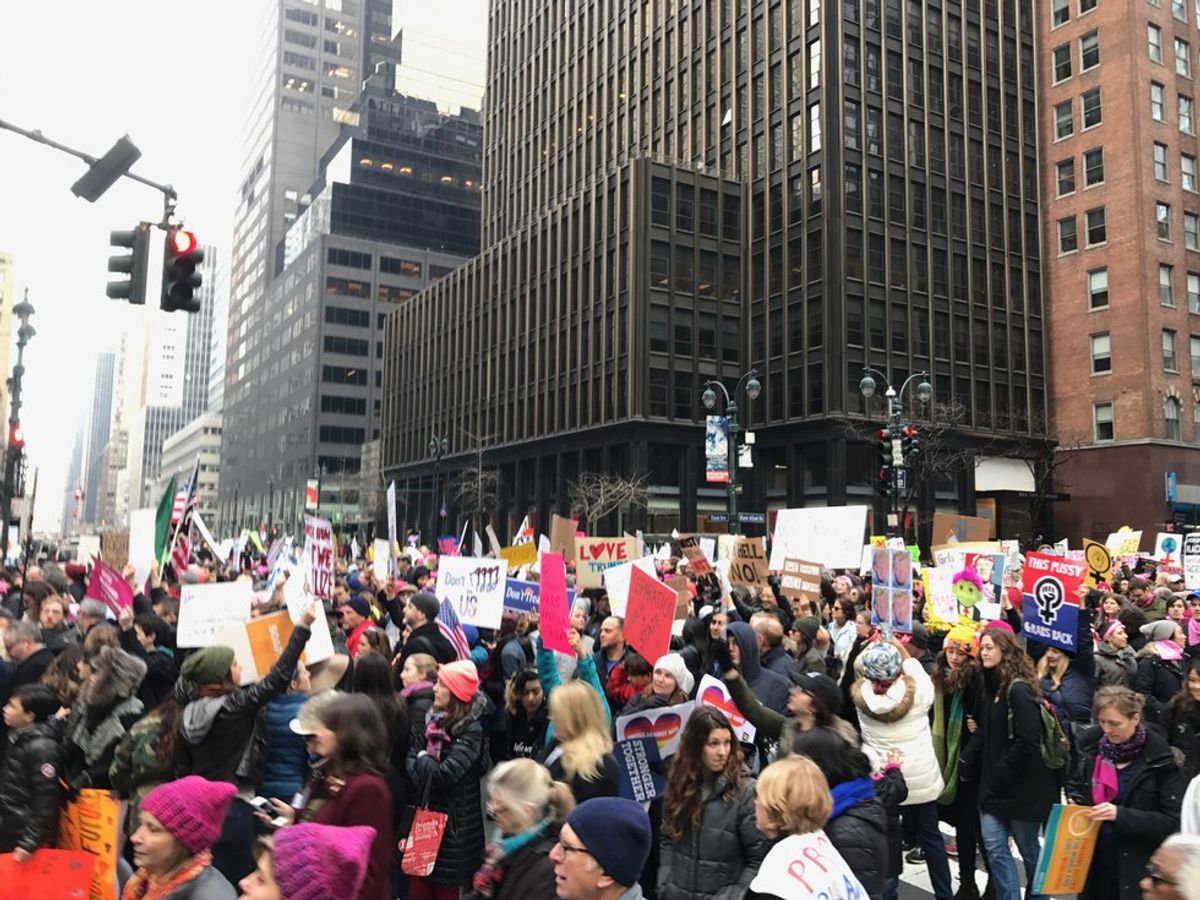 This past Saturday, well over one million women marched in light of the recent inauguration. Among these marches, was one in New York City, which I had the honor of attending. The march in New York itself drew in estimates of around 400 thousand people, marching in unity and solidarity.

I’ve seen a lot of things on my news feed lately about how people do not understand why these marches occurred. These are typically accusations of whiny liberals, or crazy feminists. Many people feel as though we were marching for no reason, but just to throw a temper tantrum.

Curt Schilling, a former MLB player, put these sentiments best in a series of tweets saying, “I want to hear one, just one woman from that march give one legitimate ‘right’ she’s afraid of ‘losing.; So insanely stupid, ALL of you women marching? You have the same rights today you had 6 months, years ago. Just in case you didn’t actually know that.”

Yes, well maybe that was true two days ago when you tweeted it, but already it is not. You want to hear one ‘right’ I’m afraid of losing? What about the right to choose? One I am already starting to lose, given Trump’s executive action to reinstate a global gag rule on abortion, which states that international NGOs that receive US government funding can not provide abortion as an option - even if the government dollars don’t go to that. If this is one of his very first acts as President, it is clear that only stronger measures are to follow.

You want another ‘right’ I’m afraid of losing? What about the right to the planet I live on, given that the nominee Scott Pruitt has refused to admit that human activity is the fundamental reason for climate change. Oh you want to know why ALL of these women are marching for it? Well other than basic human decency, climate change is an issue that disproportionately impacts women.

Why else did I choose to march? Because I did so alongside survivors of rape and sexual assault, something that there is audio proof of our President bragging about doing. And maybe he hasn’t specifically stripped away violence against women laws, but if his behavior is any indication so far he clearly won’t be taking much needed measures to improve the ones in place currently. So I am so sorry if you are offended by my “this pussy grabs back sign”, but not really.

You think it’s so ‘insanely stupid’ that I’m marching alongside women of color, members of the LGBTQ community, undocumented immigrants, and many more threatened than I am? Because while I may be able to weather these next four years as a woman, there are many others that are less fortunate than I am. “If you are neutral in situations of injustice, you have chosen the side of the oppressor.” This is why I choose to be an ally. This is why ALL these women decided to march.

But mainly, I marched because it is my damn right to do so. I am here, and I am loud, and I am not going away. So go ahead, call me an angry feminist, or a crybaby, or whatever you please. But I’m not going anywhere.