To The People Who Want To Silence Activism
Odyssey

To The People Who Want To Silence Activism

Whether it be a walk out or a global march, there's always someone rolling their eyes. 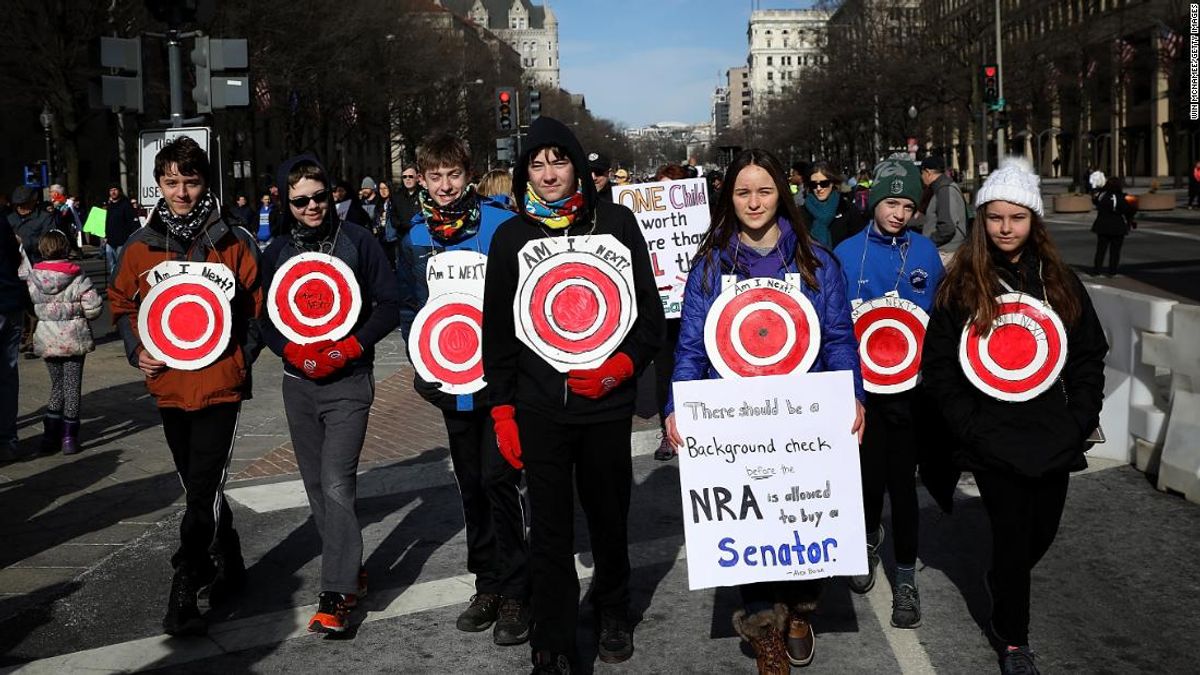 The political climate at this time is a divided one. A split down the middle has put red on one side and blue on the other, scorning anyone in the center. Many see the solution to this rhetoric as simply being complacent, to stop expressing ones opinions, to sit and watch instead of standing and fighting. Keep your politics as politics and out of your personal life. Don’t let people know what you think – taking or posting or acting is selfish and makes no impact.

When has staying silent ever worked?

What activist ever changed the status quo by keeping his or her mouth shut?

Which case went to the Supreme Court because the public was too complacent?

What injustice was ever solved solely by scorning those who try to make the change?

Recently at my university, there was a case of a racist act and intense vandalism. In response, some students – including myself – walked out of our classes and onto the front lawn where an open dialogue was encouraged. As other students walked past and rushed to their respective classes, I wondered how they felt about the institutionalized macroaggressions and racist acts that plague our home. Racism is not something distant or far from our campus – it exists. And yet, some individuals who walked past and pretended not to see the crowd rolled their eyes or whispered about how this kind of thing never works.

What solution do these people propose? There is racism and discrimination at our university, in our home, and yet they walk idly by a rally that supports love over hate.

Sorry, I suppose that empowerment of the people probably does not lead to change, right? A crowd of love and support for one another and for love itself is never going to get anything done, right? Allow us to go back to our dorm rooms to dwell in the dangerous world of complacency.

Just last month, I co – organized our school’s trip to the March for our Lives in DC. Somehow, a rally of support for survivors and advocates for keeping schoolkids alive and well was controversial. How dare I use my voice and my platform to protest on behalf of the frighteningly high number of people who are no longer with us due to gun violence, right? Somehow the slaughter of schoolchildren in classrooms and on the streets is a controversial thing to oppose.

Many critics of the march saw us as uneducated, crazy leftists who want to ban all guns. Others were merely annoyed by the political rhetoric on the topic. Truthfully I think that if you are annoyed by political rhetoric in your life, compare that annoyance to the pain of sending your child to school for the last time. Compare that annoyance to the feeling of hearing that your sibling was shot and killed while walking home. The world we live in is political because it needs to be. Everyday rhetoric is political because people are dying, rights are taken away, equal pay is an ideal – because institutionalized racism and sexism and homophobia and religious discrimination exist, and they hurt. To ask for a nonpolitical world is to ask for complete and utter complacency to our leaders’ decisions. No matter what side of the spectrum you are on, you should use your voice to speak your mind and give your own insightful opinion – not just in attempts to silence others.

Someone I knew once publically said in regards to women who “screw around… no wonder these women get shot!” Statements like this are one of the many reasons that I marched and why I continue to engage in activism for gun control. I am not complaining because I’m a liberal and I love to be offended – I am creating a change because people are murdered. Because I should not have to think about what would happen if a shooter decided to target my younger sister’s school. I marched because choosing to do nothing is choosing to be content with the deaths of innocent people. I marched because bullying and mental illness is universal, while repeated mass shootings are American. I marched because the 2nd amendment – written in 1791 – cannot regulate 21st century high capacity magazines, bump stocks, or semi-automatic and automatic weapons (yes, I know the difference.) I marched because silence is violence. Why is it that so many people complained about “uneducated young liberals” but no one complained about the murders that it had to take to get people to stop merely thinking and praying for victims? I do not care that the political climate is divided, or that the rhetoric is angry. I care that kids go to school and are shot before they know how to drive. I do not care if you are tired of seeing politics everywhere you look, because I am tired of seeing another shooting everywhere I look. Again, people are political because that is what is needed to get things accomplished.

I’m not going to throw a bunch of statistics or percentages or graphs on racism in colleges or on gun violence in every setting. What I will say is that a student of university is now forever changed by the bigoted acts of a fellow student, that innocent kids and adults are now six feet under because of the complacency that has been a way of life for so many people, for so many years.

These are the tools that will change us for the better. We must use these tools to speak, and not to silence.